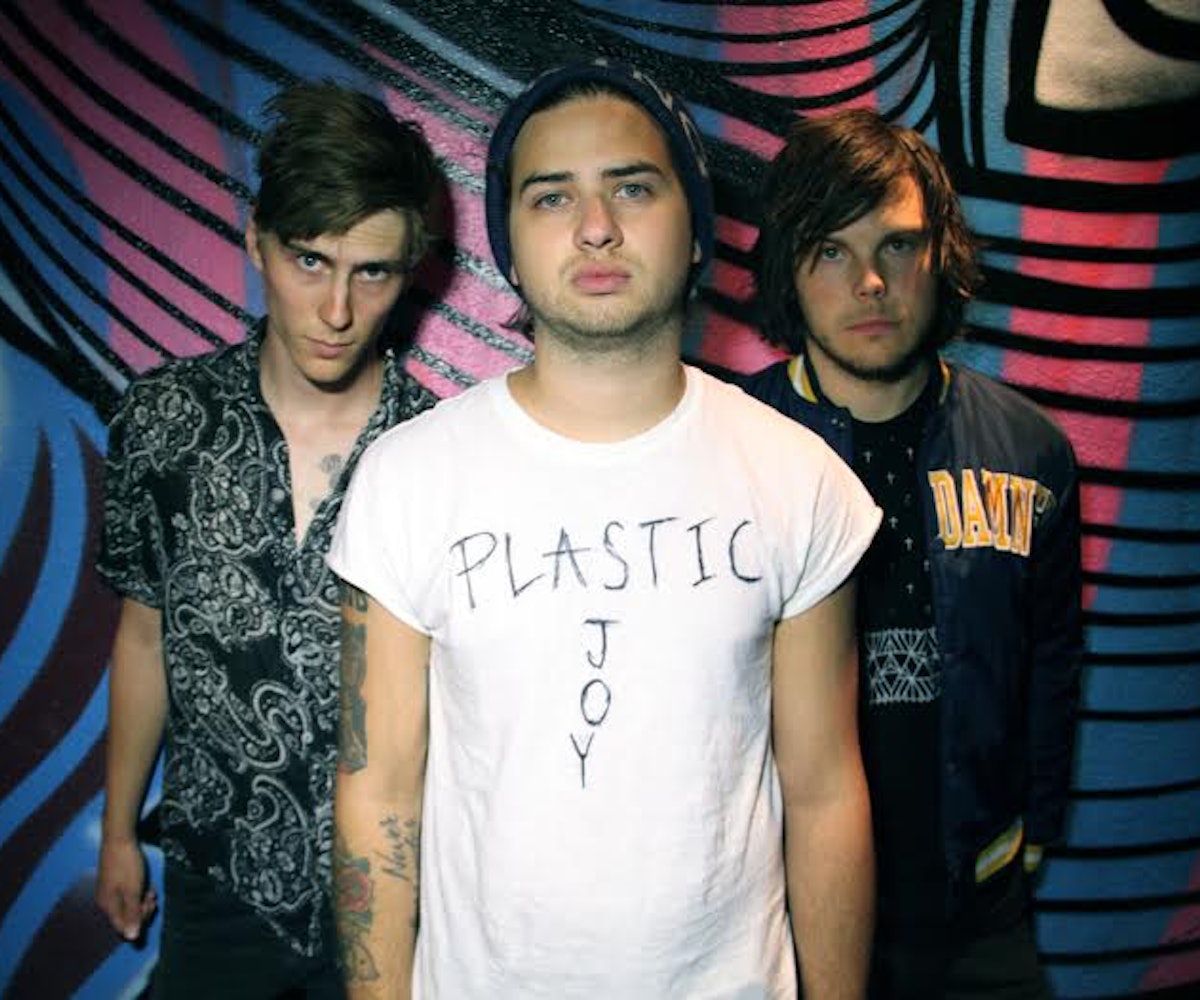 Raw Fabrics’ music is unapologetic and anthemic, while waxing poetic about honest and raw issues like negative thoughts and having a voice of fear in one’s head. Their song “Beast” seems to perfectly match sound with content. The steady, underlying chanting of “Beast” and the ominous build-up to the chorus—all of it is like a musical representation of “the beast inside” that lead singer Jack Franco sings about. The chanting comes to sound almost like an incantation, repeating itself over and over again until it gets in the listener’s head. Considering the lyrics about “a beast inside that never dies,” this percussive mantra that plays throughout  the song is clearly intentional.

“The song comes from a really deep place and we felt the video had to explain the meaning of the lyrics more. It’s all about internal dialogue and how that can be really controlling sometimes. Writing on my arms and face, with a pen labeled ‘the voice of fear’ symbolizes negative thoughts that I would think sometimes,” Franco shared about the song’s meaning. “It explains what the Beast is as well as how to overcome that thought.”