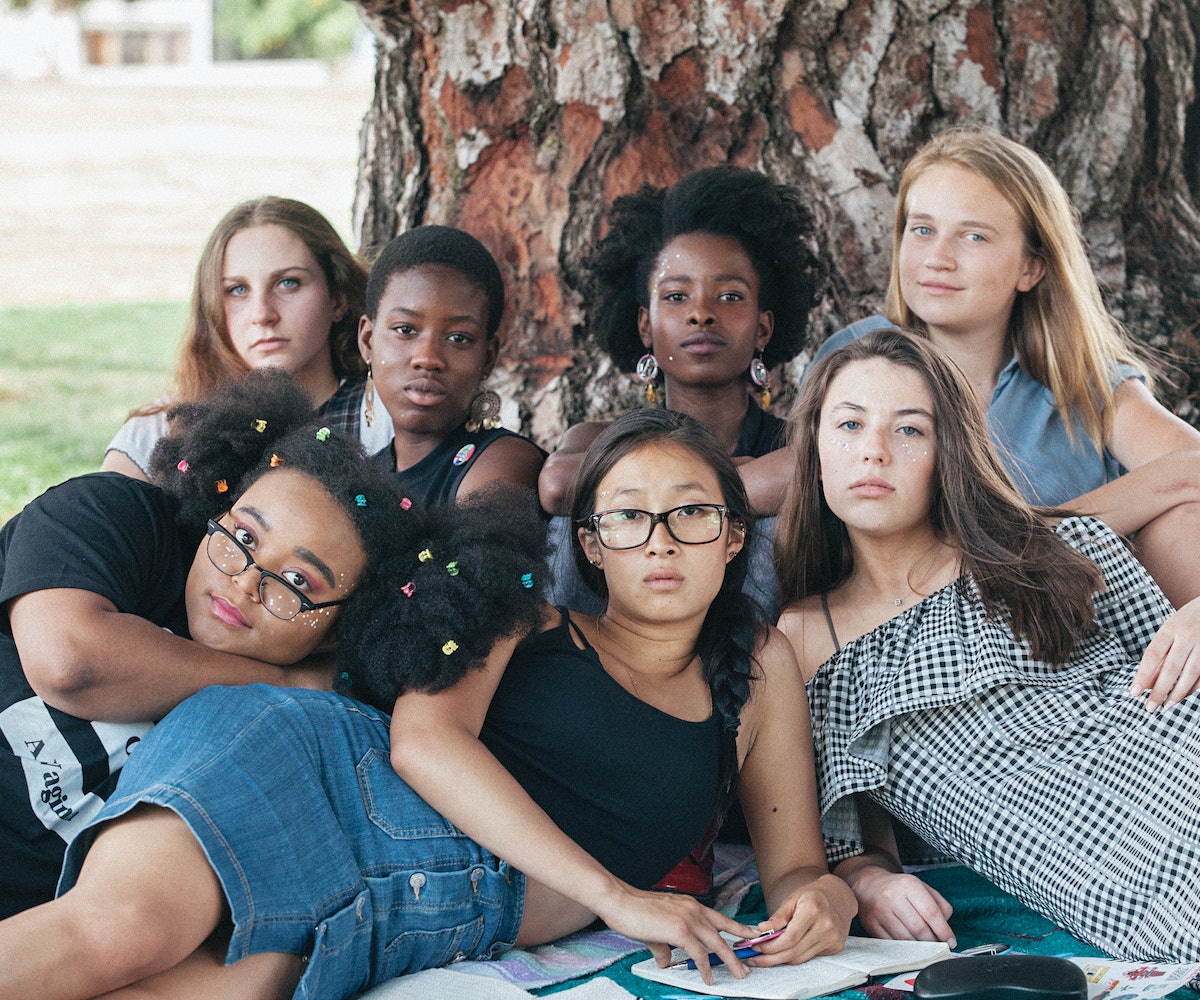 If you’re not already familiar with School of Doodle, now is the time to get acquainted. The platform, which launched last April after a successful Kickstarter fundraiser, is playing a major role in inspiring today’s youth to rule the world one day. It's no surprise then that its Kickstarter was backed by the likes of some seriously badass women, such as Kim Gordon, Courtney Love, and Sia.

Run by teen girls and for teen girls, the group promotes self-expression and imagination through the use of entertainment, education, and community. Existing both on- and offline, it holds workshops all over the world, from NYC to the Bahamas, offering a safe space for teen girls to gather at and express themselves. They now have also joined forces with Do Your Part, the fifth chapter of Ray-Ban’s #ItTakesCourage campaign, to create a short documentary following a group of its members as they prep and participate in a Los Angeles workshop.

In the video, shot by Kiki Allgeier, we see them crafting, dancing, and working on creative activities with a purpose. Their narrative voices speak to the importance of belonging to a community of like-minded people. “I believe that sometimes we are not ourselves; we are something much bigger than ourselves,” one member says. “I believe that every part of your being can be used to inspire people and disrupt normality. This is a movement of truth, a movement of voice, a movement of color and glitter that lays out the palette for all I am and all I hope to be—and all I wish to paint my world into.”

You can take an exclusive look at the inspiring documentary below, and click through to RayBan.com to check out the accompanying photo series shot by Megan Cullen.