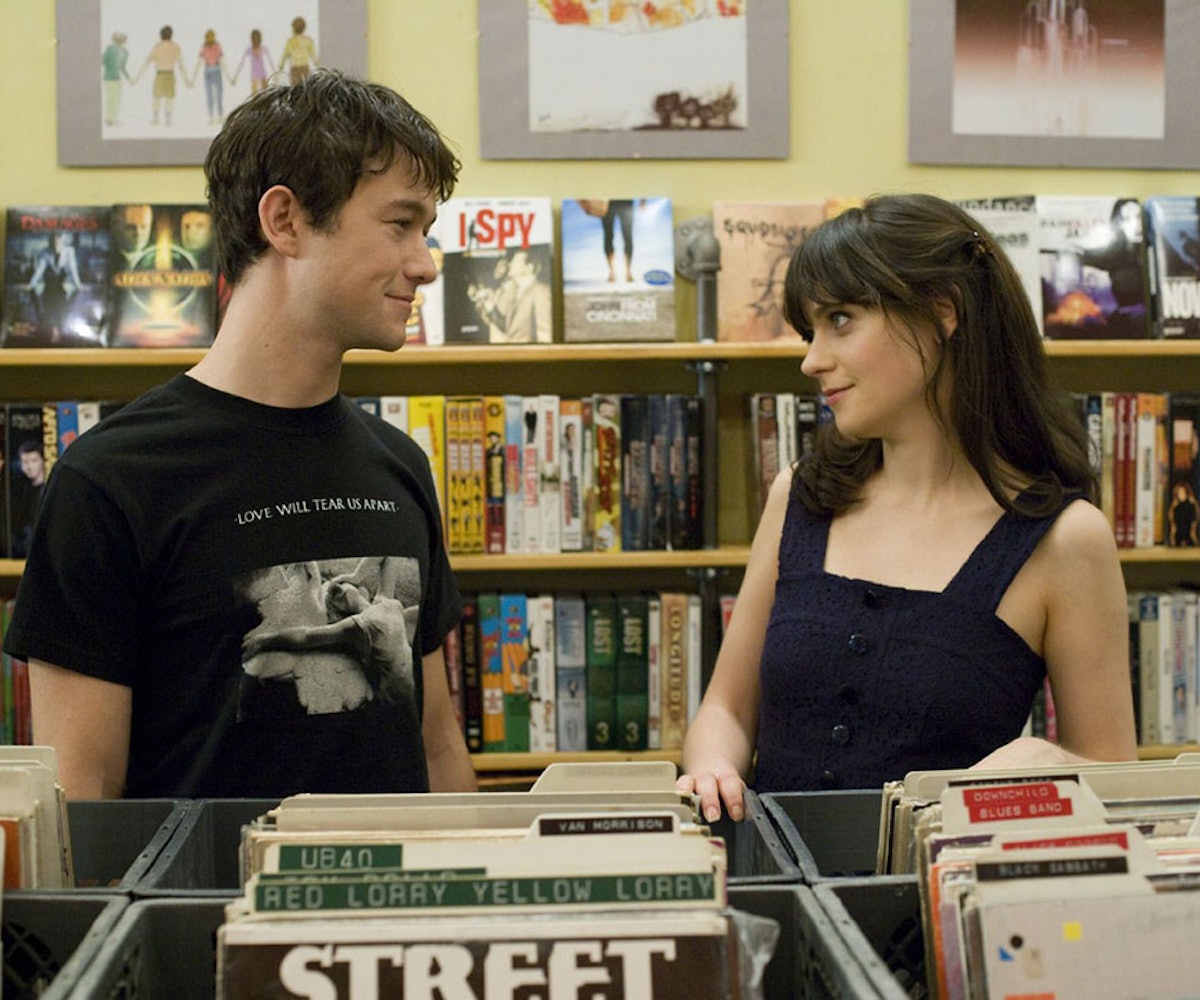 We have all swooned over Ryan Gosling in The Notebook, or dreamed about meeting a person as thoughtful and romantic as John Cusack in Say Anything. These are archetypes, and they work for a reason: They don't exist. Like a bikini-clad, perpetually horny Bond girl or an endlessly forgiving wife in an action film, the "perfect boyfriend" is a fictional trope that is based in fantasy—a fantasy that (to quote a guy included in this piece) doesn't quite "deliver." In thinking about the way that films have depicted what we should want in a partner, there aren't many characters out there that feel fully realized and not just like some weird stereotype—so we dug a bit deeper, and counted our 13 most realistic boyfriends in film.

Please note: As we were surveying and researching, we noticed that there weren't a lot of honest, realistic depictions of queer people or people of color in film that bucked stereotypes (the sexy lesbian seductress or the "bad boy from across the tracks") and focused on relationships. Please let us know if we overlooked someone in the comments and we are happy to add in, pronto.

Jim Carrey in Eternal Sunshine of the Spotless Mind

Michel Gondry's love story is pretty simple: Boy meets girl, boy and girl fall in love, girl breaks up with boy, boy and girl both find ways to cope with the loss. The coping method of choice is selective memory erasing, but that’s as fantastical as it gets. Carrey’s Joel Barish is a no-fuss kind of guy. His apartment is messy, his life is pretty much in order. He’s so normal and nonchalant that the futuristic memory machine doesn’t seem so far fetched. Barish simply exists—like we all do.

Adam in Only Lovers Left Alive

After being married to the same woman for years, Tom Hiddleston's character in Only Lovers Left Alive, the vampire Adam, falters, succumbing to the pressure of having influenced every famous musician and scientist known to man. His devotion to his wife, Eve, is clear, but being a centuries-old vampire ain't easy. Besides, whose boyfriend hasn't tried to suck the life out of them?

Lou in Take This Waltz

Lou may be hilarious, but he isn't as attractive, or dreamy, or artistic as his neighbor Daniel. So, when his wife decides to end their marriage to pursue a relationship with the other man, he understands. Lou's willingness to accept his partner's decision is admirable, but also reveals the sad reality that we're constantly craving something new—even when it comes to relationships.

Unfortunately, people cheat and couples grow apart. While no one would ever want Jude Law's character, Dan, as their own boyfriend, he does represent the passing thoughts most people have whilst in a relationship. Long term relationships aren't easy, even when your partner is totally into swinging.

While Jason Segel's puppet-opera aficionado, Peter, may not be the most ideal boyfriend, he keeps it real. He's not afraid to speak his most awkward thoughts, though he never seems to truly mean any harm. Besides, at one point or another, we all date the struggling artist/musician type who feels, like we all do, deeply insecure.

From the first scene of (500) Days of Summer, it's clear that Tom is far from a Disney prince. Sure, it's refreshing to see a male lead who's driven to find true love, but Tom is romantic to a fault: His intense desire to be in a relationship blinds him from the reality that Summer isn't actually his soulmate. He proves that, while it's great to have a guy with a sensitive side, it doesn't mean that he'd make for an absolutely perfect boyfriend.

Josh in While We're Young

Age, pregnancy problems, and career stagnancy taint Josh (Ben Stiller) and Cornelia's (Naomi Watts) marriage in While We're Young. Still, Josh's jealousy-induced meltdown and its affect on his relationship shows the darker—but realer—side of making the vow to be with someone for richer or poorer. It's not a fairy tale, y'all.

With a handful of manic pixie dream boy roles in the '80s, John Cusack looks the functionality of relationships—and how love relates to music—dead in the eye and wonders what went wrong. After he is dumped in the beginning of the movie, Rob wants to figure out what happened in his past relationships, and in turn, reveals a passionate, flawed, and three-dimensional character. When he gets his lady back, he realizes that all women have sexy lingerie, as well as their well-worn cotton pairs, and that's a giant metaphor for a relationship.

This brutally emotional film contains one of the more honest portrayals of a modern romance in recent years. Gosling’s Dean falls in love with Michelle Williams’ character, Cindy. Together, they raise a child from Cindy’s previous relationship, but love it comes and love it goes. Their relationship soon begins to crumble, and Dean fights to defend his reputation. He’s upfront about his faults, tries earnestly to right them, ultimately accepting defeat knowing his relationship with Cindy would do more harm to their child than it would good.

Jesse in Celeste and Jesse Forever

Andy Samberg’s Jesse isn’t so much a realistic boyfriend as much as he is a realistic ex. This story of a couple who break up but just can’t quit one another rings so painfully true for anyone who’s tried to stay friends with their ex with the ever-dwindling hope that maybe one day the flame will reignite.

Sutter in The Spectacular Now

Spoiler Alert: Miles Teller’s rakish high school senior Sutter doesn’t fully belong to Shailene Woodley’s Aimee until the end of this insightful tale of growing up and falling in love, but sometimes the journey is just as important as the destination. On the outside, Sutter is a wall of confidence and charm—the perfect movie boyfriend. But break down that wall, and Sutter is just like the rest of them, masking his anxieties about his own inadequacies with some good, old alcohol. What’s more real than a guy who drinks booze out of a slurpee cup? Swoon.

Jesse in the Before Sunrise Trilogy

It was only after the talky trilogy’s middle chapter—2004’s Before Sunset— that Jesse and Celine finally agree to stop fighting fate and be together, and the next time we see them in 2013’s Before Midnight, they’re in bickering-married-couple mode. So, in that sense, we never actually get to see Jesse be the boyfriend we think he’d be: A moody, conflicted, funny romantic who just won’t shut up.

Pete in Knocked Up

It seems like if you put Paul Rudd in any role or circumstance, he will inevitably play the same realistic, lovable character. A bit disgruntled, but very charming, Rudd's character, Pete, is exactly the type of guy you could see yourself ending up with. He whines and he says the wrong thing at the wrong time, but he won't actually leave you to move to India.