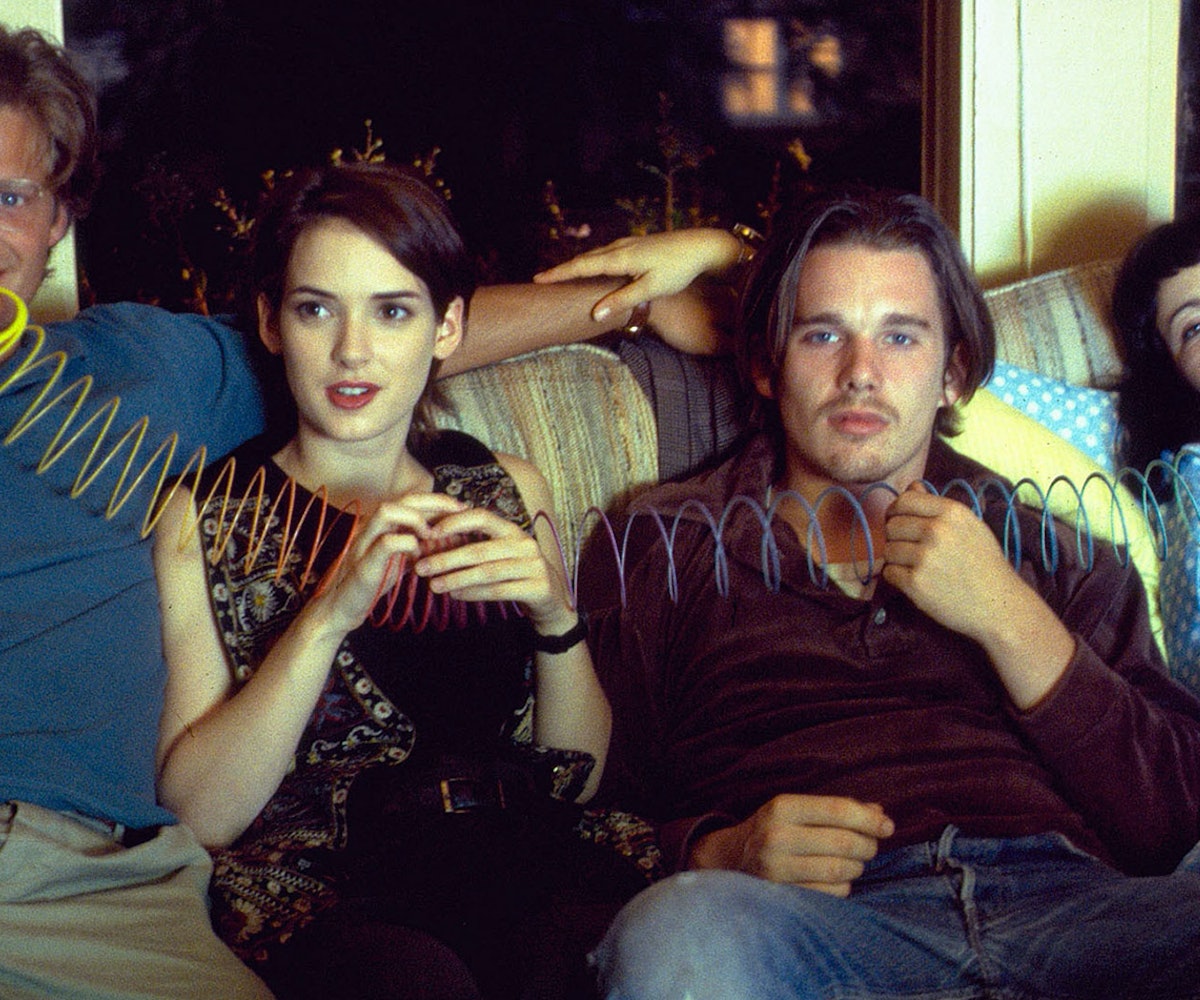 When we first heard last week that Reality Bites was being turned into a TV show for NBC--by director of the 1994 film Ben Stiller, no less--we just imagined what Lelaina's reaction would be. She'd probably march into Stiller--erm, we mean Michael's--office and demand it not compromise the original artistic vision of the Gen X movie.

Once that was out of the way, we were able to start thinking about the important stuff; namely, who is going to be cast? We took a stab at Reality Bites 2.0, keep reading for our picks.

Re-Cast: Rooney Mara, because she's got that moody look. (And can't you totally see her ultimately becoming the icon of a generation?)

Alternate: Kirsten Stewart, since no one plays disaffected so well.

Alternate: Douglas Booth, who smolders onscreen, even with an accent.

Re-Cast: Darren Criss; we already know that he looks good in a suit.

Alternate: Donald Glover, who can wear his thick-frame glasses to get into the role.

Re-Cast: Logan Lerman, who has no trouble playing cute and lovable.

Alternate: Max Thieriot--you might recognize as one of the stars of AMC's Bates Motel.