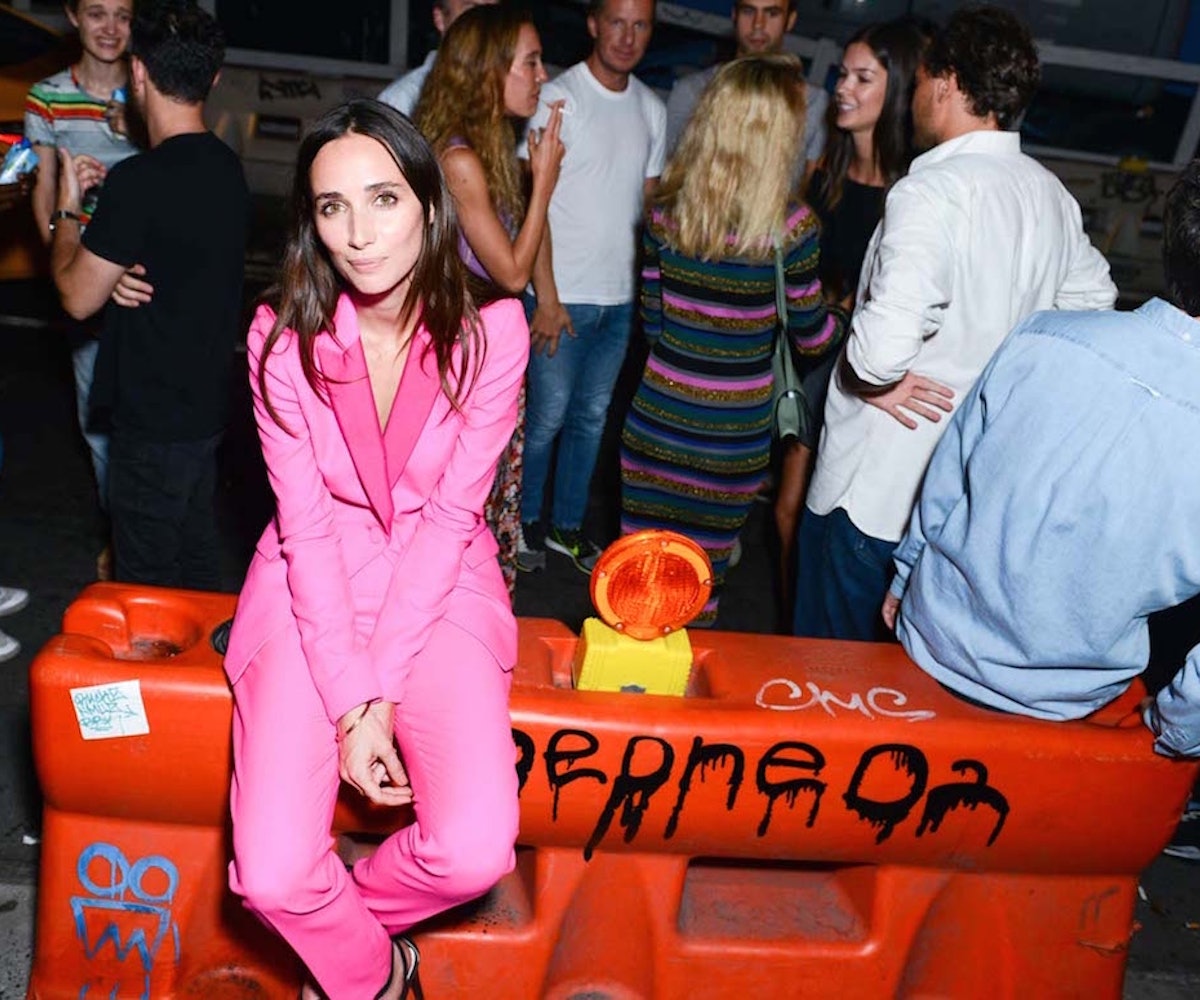 There are multi-dimensional artists, there are triple threats, and then there is Rebecca Dayan. After moving from the South of France to Paris to study art and fashion design, Dayan pursued a modeling career while working with Gabrielle Greiss, then the head designer at Sonia Rykiel, and headed to New York to study acting. Then, while starring in a number of television and film roles, the French powerhouse began painting self-portraits, which then escalated to full-scale watercolor paintings of her friends, from Lola Kirke to Tali Lennox.

Click through the gallery to see who turned up and what they wore—because as anyone who has attended an art gallery party knows, choosing what to wear is sometimes almost as hard as interpreting the art itself.

NEXT UP
Fashion
How To Wear Cowboy Boots With Any Aesthetic
Fashion
Dixie D’Amelio’s Style Evolution, From TikTok Famous To Pop Star
Fashion
Tommy Hilfiger Gets Into The Secondhand Business With ThredUp
Fashion
Nordstrom Celebrates Virgil Abloh With Latest “Concept 018” Pop-Up Collection