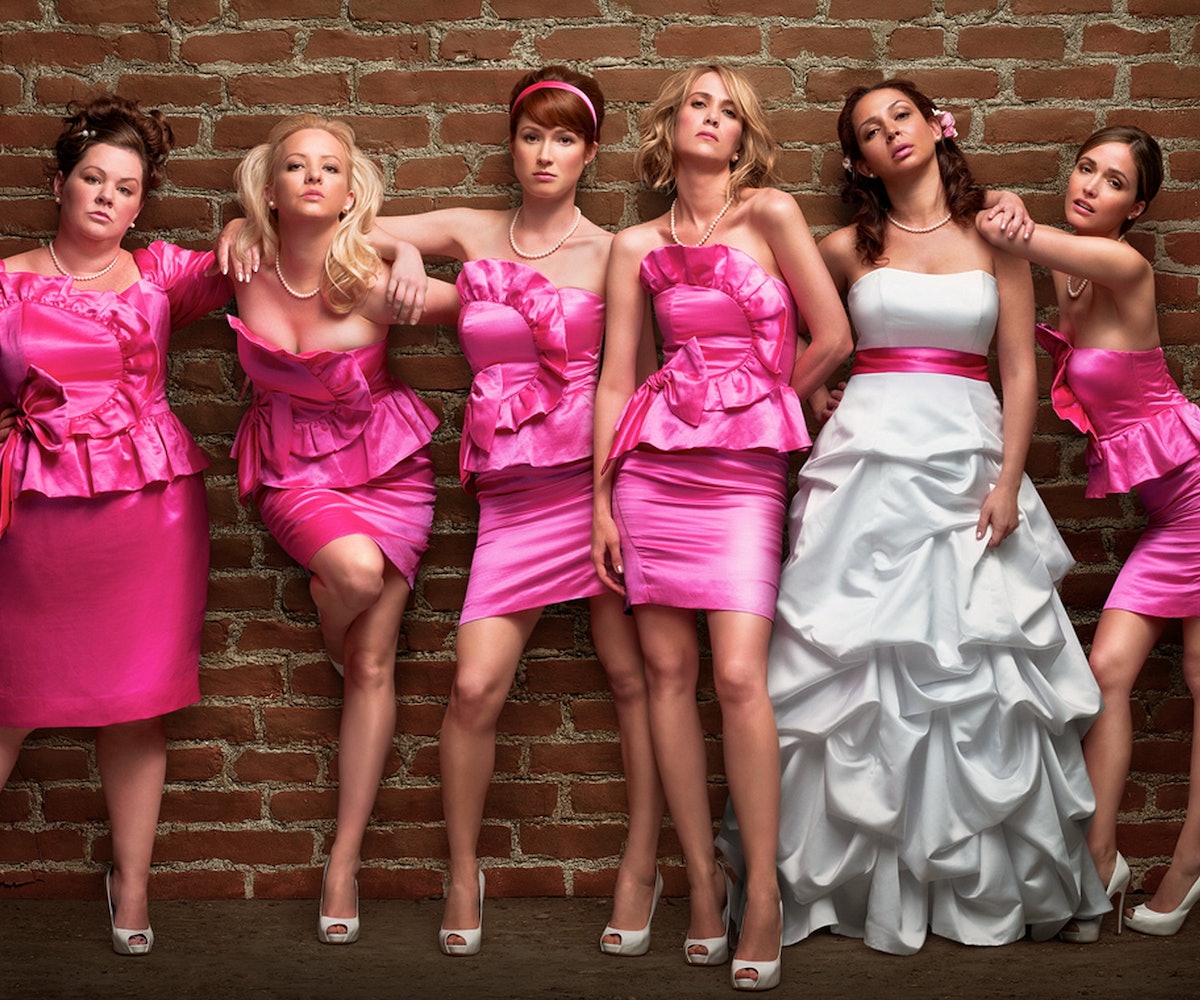 As much as wedding magazines and Bravo shows may try to convince us that all nuptial ceremonies are spectacles involving Kleinfeld gowns and five-tier cakes, we've been to enough weddings to know otherwise. While every couple that ties the knot does so with their own personal flair, sometimes things can turn out to be a lot more unique than expected. So when Reddit asked wedding photographers about the weirdest weddings they've attended, we were definitely intrigued. As it turns out, weddings can be some of the weirdest parties you'll ever take part in—and these Redditors can attest to that.

1. @rabshaud: "The bride and groom brought out a ping-pong table and played beer pong for 20 minutes right in the middle of their wedding....... no one else was allowed to play, just them, red cups and all"

2. @MattMakesPhotos: "I photographed a wedding this year where the couple got married in a boxing ring complete with lead-in fights (they were the main event), ring girls, entrances, a ring announcer, corner teams, etc. It was wicked fun. The bride had written basically a comedy routine for the two of them for the ceremony, and they had ring commentators adding lines too."

3. @TheVisionBeautiful: "During the ceremony, they did that sand ceremony, where all the children from both sides of the family pour different colored sands into a vase. They had so many kids from different marriages come up one by one that after the 11th kid, it started to feel like that 'I am Spartacus' scene."

4. @lespaulstrat2: "I'm not a photographer, but about 10 years ago we let some friends use our property for this wedding"

5. @FacelessRuin: "I'm not a photographer, but I went to a Peter Pan wedding once where the bride was in a nightgown, like Wendy, the bridesmaids were all dressed up like Tinkerbell, the Groom was Peter Pan, the groomsmen were all lost boys, and the ushers were dressed as pirates. I had no idea beforehand and thought I was hallucinating when I first walked in."

6. @bonkette: "I went to a wedding as a kid where the groom smooshed the cake in the bride's face. She ended up going to the emergency room because he got frosting in her eye and it scratched her cornea. They got divorced a few weeks later."

7. @steaksupreme: "Not a photographer, but I was at a wedding where instead of a unity candle to symbolize two becoming one, they made a unity peanut butter and jelly sandwich. So everyone sat there while two people quickly tried to eat a pb&j, which is basically impossible. Twenty minutes later they rode off on a tandem bike, which I actually liked."