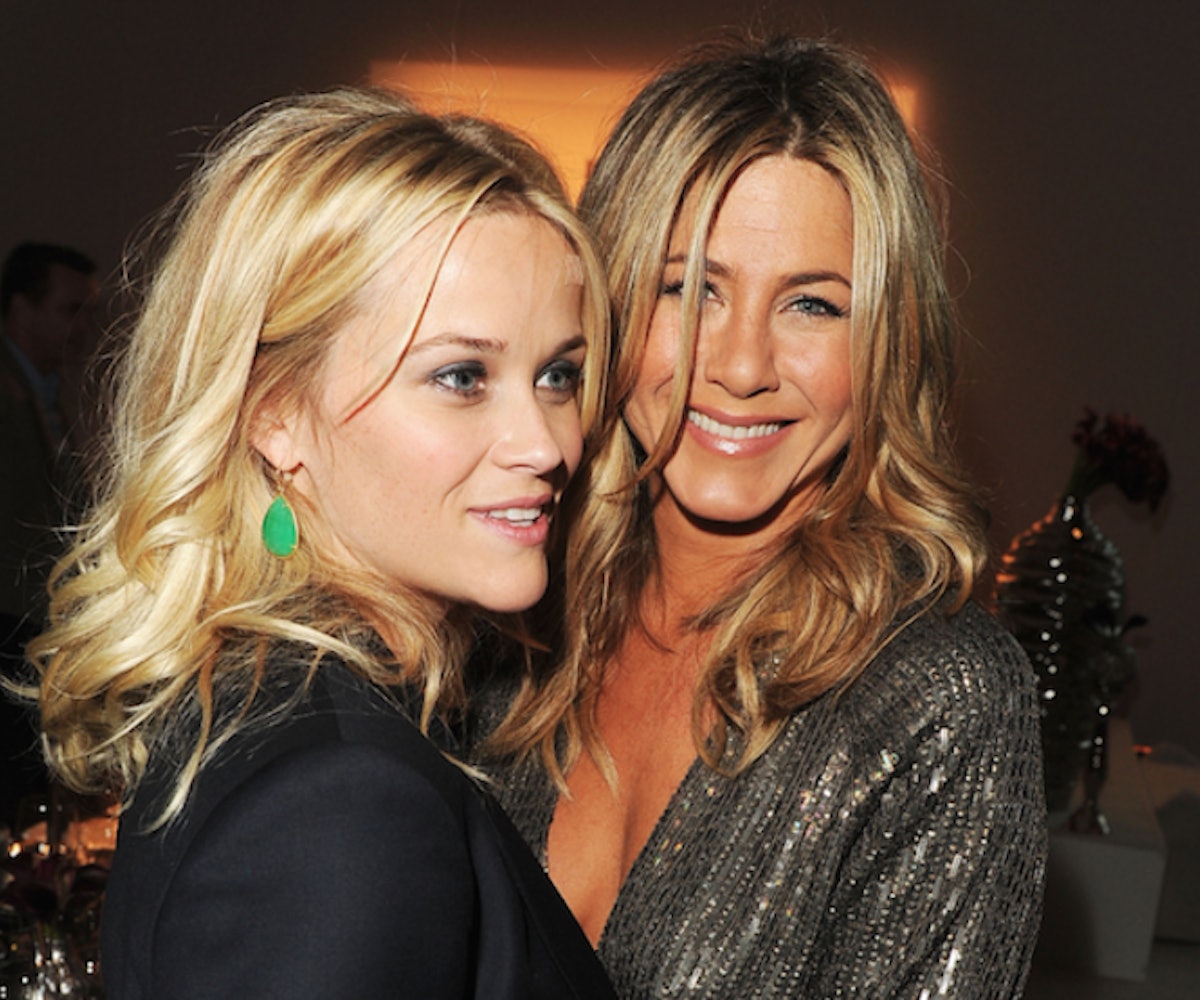 Reese Witherspoon and Jennifer Aniston put on their hiking boots, strapped on some mountaineering gear, and are making a climb to the very top of Peak TV. The Hollywood Reporter says that the two A-list stars are teaming up to headline a new show set in the cutthroat world of morning TV. And if you don’t think that the sunny hosts of shows like Today and Good Morning America have teeth, just ask Ann Curry. It’s unclear if the show is being set up as a one-off limited series or something that could continue on for multiple seasons, but given the star power attached our bet is the former.

The show is currently being shopped around, and given that it’s going to star two of America’s sweethearts, interest from major players like HBO and Netflix is strong. The script will be written by House of Cards writer Jay Carson, and both Witherspoon and Aniston will be producing. It’s not surprising that Witherspoon would want to get in the TV game again. She had one of the biggest successes of her career when Big Little Lies captured the zeitgeist in a way few shows do. As for Aniston, she hasn’t been on any television shows we can think of, and we wish her the best of luck in this strange new medium.