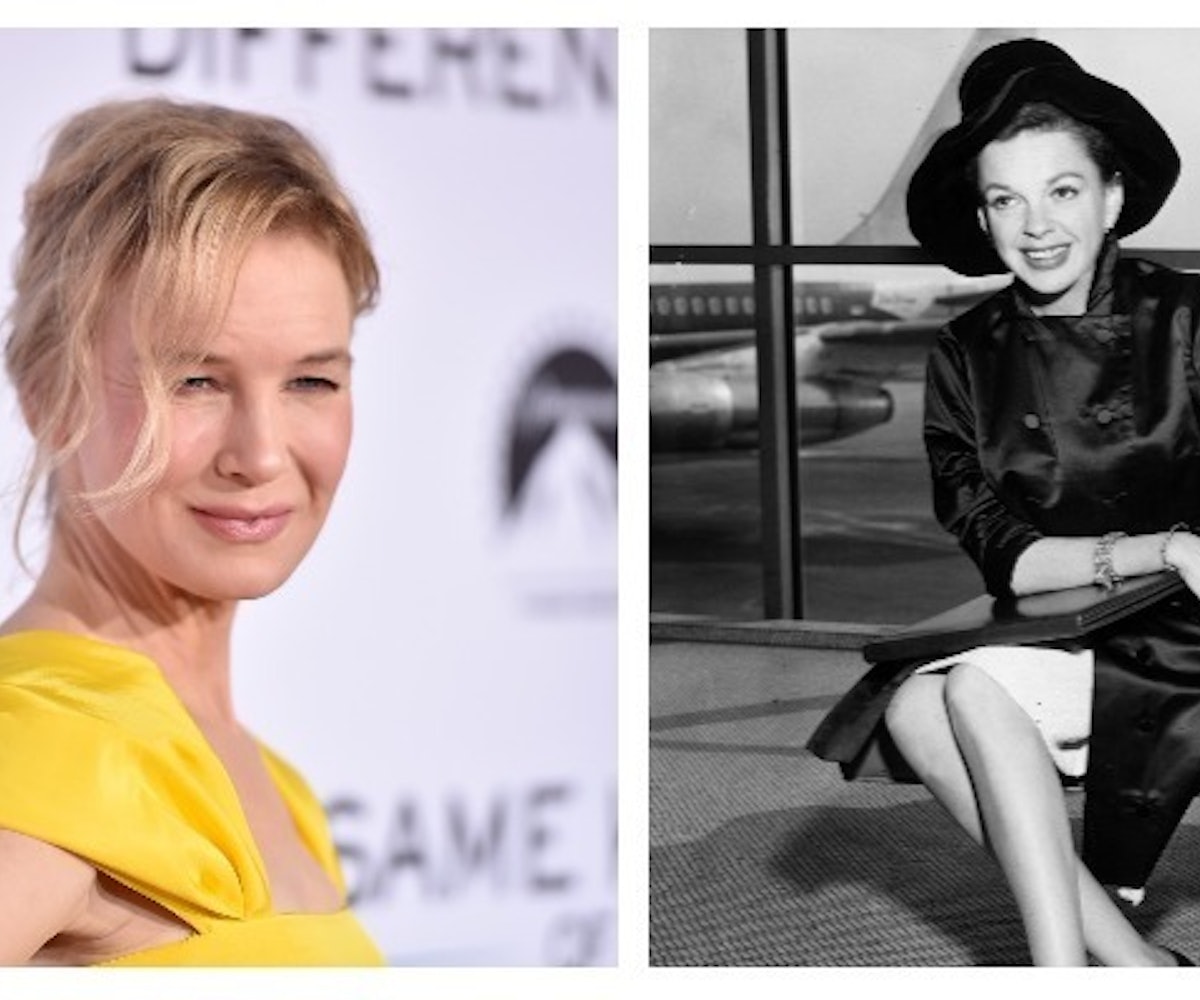 Last October, Deadline reported that Renée Zellweger would play the iconic actress-singer Judy Garland in a new musical drama about her life. Fans of both were delighted to hear the news at the time, especially considering that the last time Zellweger showcased her singing chops was in 2002 for the Academy Award-winning musical Chicago. Today, the internet couldn't contain its excitement any longer after a photo of Zelwegger in character went viral. The resemblance is uncanny:

Directed by Rupert Goold (who helmed the 2015 thriller True Story), Judy will follow Garland's final concerts in London in the late '60s, 30 years after her iconic role as Dorothy in The Wizard Of Oz. The film will see Garland preparing to take the stage as she "battles with management, charms musicians and reminisces with friends and adoring fans, her wit and warmth shine through." The film will also focus on her romance with Mickey Deans, who would go on to become her fifth husband, and her tumultuous relationship with Hollywood.

Garland, who struggled with depression, drug abuse, and eating disorders in her personal life, died at 47 from a barbiturate overdose. Jessie Buckley, Finn Wittrock, Michael Gambon, Rufus Sewell and Bella Ramsey are also said to star in the film.

There's currently no word on when the film will be out.