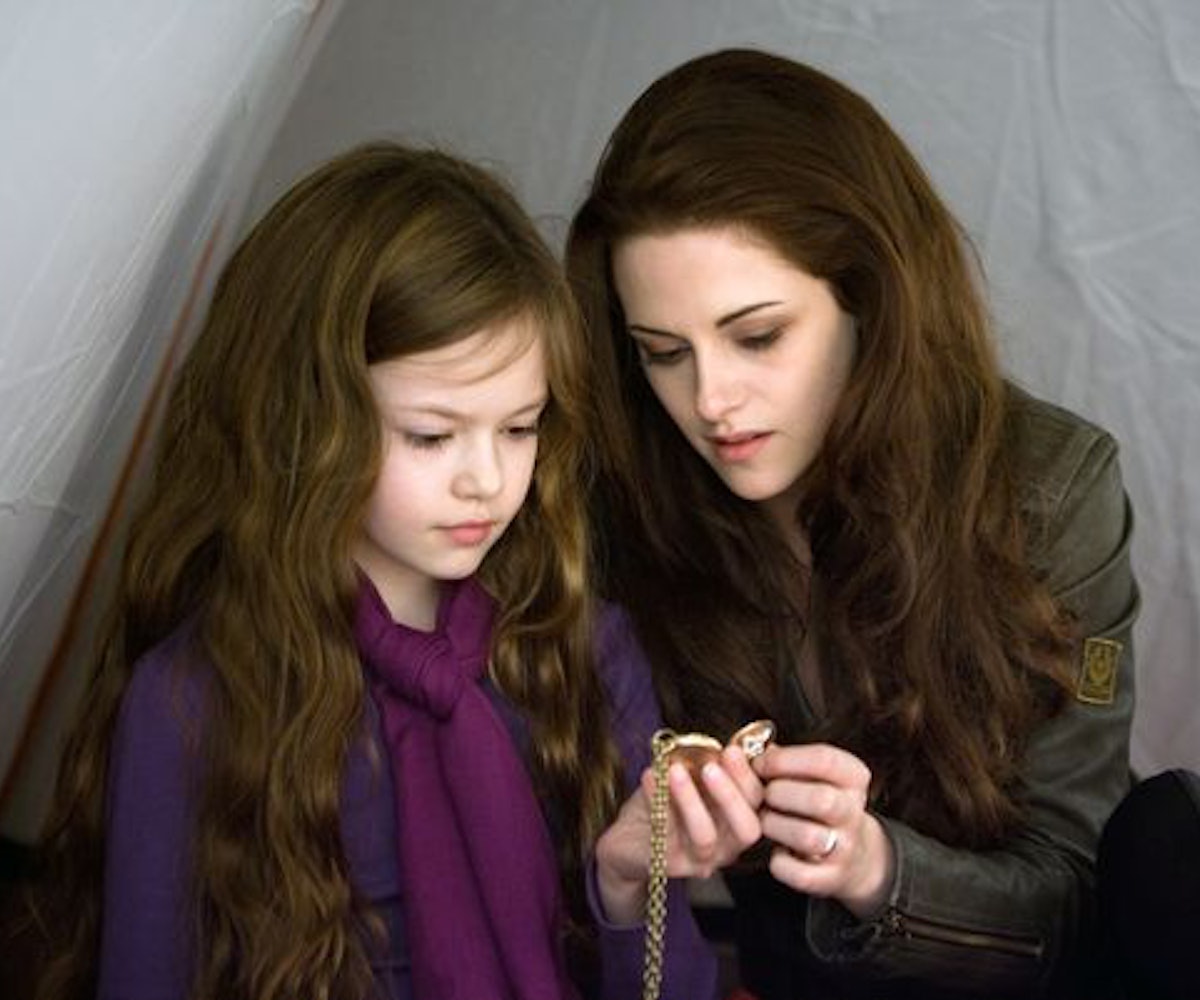 Although it seems like a lifetime since the Twilight Saga ended, in reality, it's only been three years. And while that figure means nothing in the lifetime of an actual vampire, the cast has really come a long way. Robert Pattinson and Kristen Stewart have both pursued fantastic, serious roles, Nikki Reed has picked up her singing career, Anna Kendrick is an A-List star, and Taylor Lautner—well, his last film went straight to VOD. But perhaps the most stunning transformation of the entire cast is that of Mackenzie Foy, a.k.a. Renesmee Cullen.

Since playing Bella and Edward's miraculous, detrimental vampire baby, the 14-year-old actress has gone on to star in The Conjouring, The Boxcar Children, and Interstellar. Her latest role, though, may be her most exciting yet. Foy will voice The Little Girl in the upcoming animated adaptation of the French classic The Little Prince. At the film's Cannes premiere on Friday, Foy walked the red carpet in a golden Oscar de la Renta gown. Without caking on makeup, Foy looked every bit the gorgeous teenager that she is. It's refreshing, to say the least.