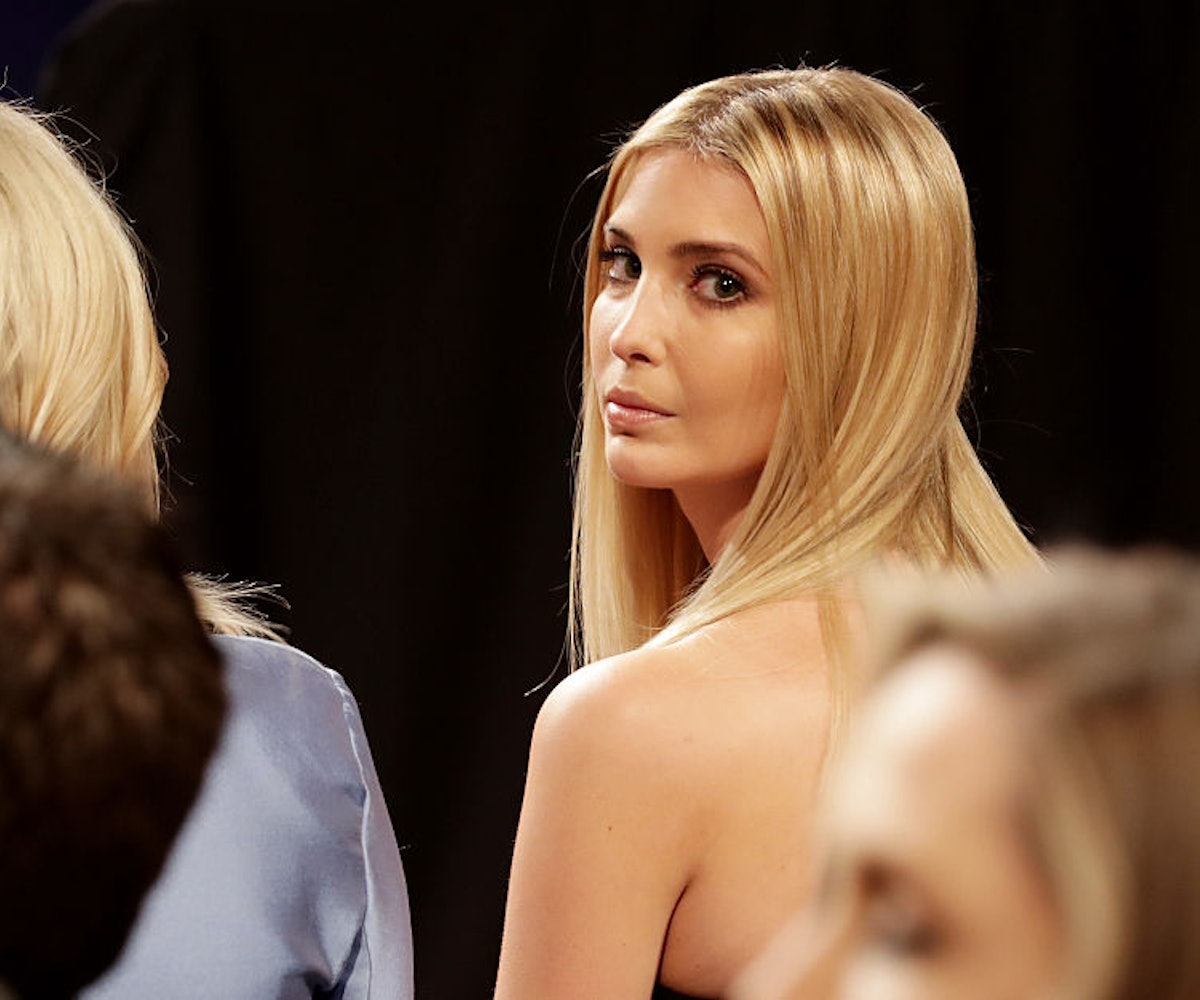 I'll be totally honest with you: Despite being a fan of both Margaret Atwood's novel The Handmaid's Tale and the recent Hulu television series, I am not super into the constant comparison of our current reality with the misogynist dystopia portrayed within both the book and TV show. I mean, yes, women's access to healthcare and our ability to exercise our reproductive rights are severely threatened right now, but it's not like our choice to wear the clothes that we want is under attack or anything, right? Right.

Well, so actually, about that: According to CBS, the House of Representatives has deemed sleeveless dresses to be inappropriate attire for female reporters, and recently refused one reporter entry into the Speaker's lobby because her shoulders were uncovered. In response to being barred access, the reporter in question "ripped out pages from her notebook and stuffed them into her dress's shoulder openings to create sleeves." Despite this ingenious sartorial improvisation, the reporter was still not allowed entry because the "officer who's tasked with enforcing rules in the Speaker's lobby said her creative concoction still was not acceptable."

This is not the only such incident of fashion policing on the grounds of the Capitol. Jezebel reveals that "at least three [other] reporters confirmed that they had both received a warning about the apparently new and arbitrary dress code," including the Independent Journal Review’s Haley Byrd, who "told CBS that she was kicked out of the Speaker’s lobby in May—the same day House Republicans passed their health care bill—for wearing a sleeveless dress."

The alarming thing about the imposition of this specific dress code is its seemingly arbitrary implementation and its blatant sexism. There is nothing inherently inappropriate about a woman wearing a sheath dress in a business setting (if there were, after all, Ivanka Trump would have been kicked out of many such business settings). This rule's implicit suggestion that any exposed parts of women's bodies are inherently "inappropriate" is yet another way of perpetuating the oppression of women, and refusing them access to places where men can enter freely. It is a means of marginalizing an already marginalized group, and further proof that dress codes are arbitrary and usually a way of strengthening longstanding patriarchal systems. (And racist systems. See: Dreadlock bans.)

So while we haven't entered Handmaid's Tale territory yet, this absurd dress code is yet another sign that Republicans are absolutely willing to enforce arbitrary rules as a means to control and inconvenience women at every turn. Or, you know, maybe this is just Paul Ryan's way of getting back at the media for the way that it made fun of him for how badly his suits fit when he ran a losing campaign for vice-president five years ago? Maybe!