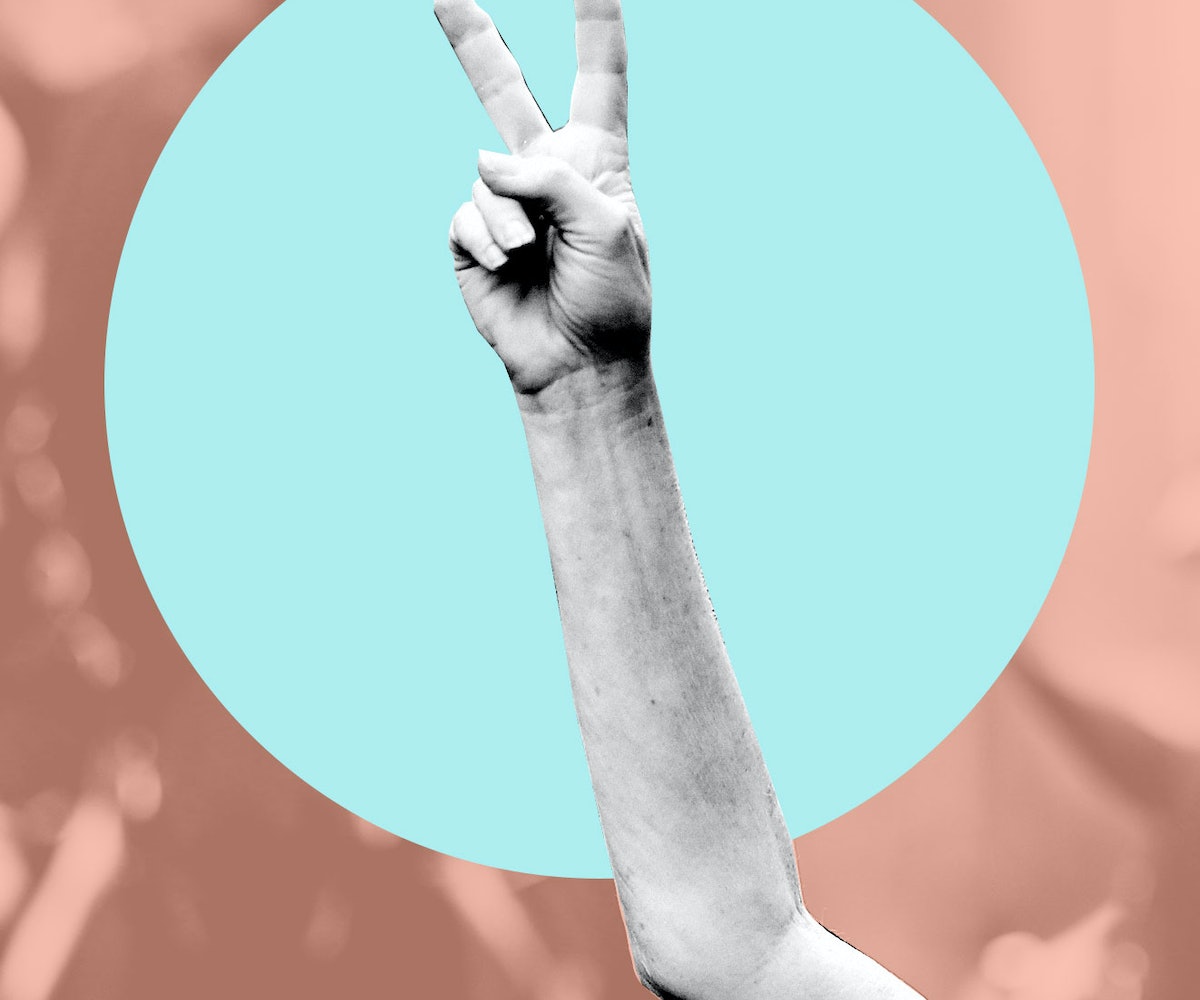 On Sunday, the day before the Republican National Convention, 100 women gathered in Cleveland and stripped down to make a statement.

Photographer Spencer Tunick, who has been photographing large groups of people in the nude since the '90s, began planning the event back in May. Titling the project "Everything She Says Means Everything," he called for volunteers to make their way to Quicken Loans Arena (where the convention is held) and hold up large, circular mirrors to, according to his statement, reflect "the knowledge and wisdom of progressive women and the concept of 'Mother Nature.'" He continued:

More than 1,800 women applied to volunteer. As Huffington Post reports, one wanted a way to reclaim her body after being sexually assaulted, another wanted to remember her body during her pregnancy, and others wanted to set a positive example. No matter the reason, though, the protest posed a powerful statement to the Republican Party and condemned the anti-female policies of its candidates and politicians. It also showed the power of the female body, especially when removed from a sexualized gaze.

I fought to hold in my tears as he explained that we were gathered together to make a statement against the rhetoric of hatred that’s being spewed out from the Republican party; against the misogynistic, xenophobic, racist, anti-LGBTQ, ableist platform that has defined hating others as an acceptable American lifestyle.

She also spoke about the double standards between men and women, saying:

We live in a society with social and sexual norms crafted by Puritans and reconstituted to meet the needs of the capitalist system. This kind of work calls all of that into question by posing, literally, the natural body against the constructed environment. What’s really degrading to women is having equal (or superior) education and doing equal (or superior) work as men, but getting paid only $0.79 for every dollar earned by men.

Not surprisingly, the project has been highly publicized in the short time since it began. With intention, purpose, and a beautiful show of community, it proves the power that art has over politics and the importance of speaking up against injustice.