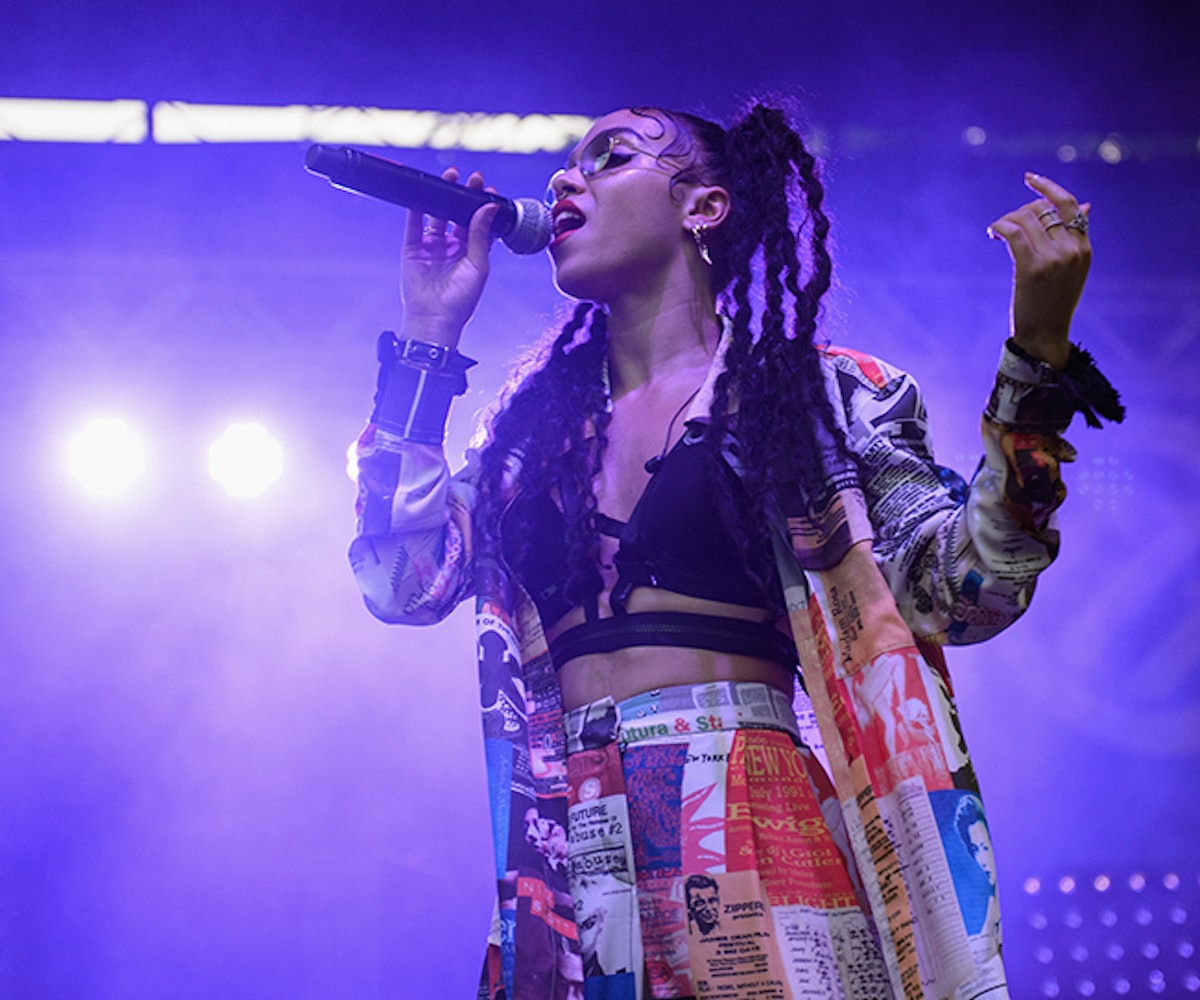 As if we weren’t obsessed enough with FKA Twigs’ new ethereal R&B album LP1, the Brit songstress experimented with Sam Smith’s “Stay With Me” in the BBC studios and got some totally trippy (but awesome) results. (Idolator)

With the release of her new music video “Kiss and Not Tell,” La Roux has proved that her career is most definitely Bulletproof—sorry, had to. She’s reinvented herself as an ’80s-inspired sex phone operator (umm…)! (Stereogum)

In the midst of New York Fashion Week, Rihanna turned the sidewalk into a runway of her own as she debuted a first look at Alexander Wang’s H&M collaboration, proving that athletic-inspired ensembles really do work. November 6, we’re coming for you. (MTV)

ICYMI: Friday was Bill Murray Day and the Toronto Film Festival is in full swing. Even though you might not be able to make it to Canada to check out Rolling Stone’s must-see list, you should definitely bookmark that bad boy for when these flicks finally hit the US! (Rolling Stone)

Obviously we are just as obsessed with American Horror Story as you are, which is why we’re freaking out over the full-length trailer for Freak Show, out now. Watch below. (Vulture)

Get a glimpse into the new flick Hungry Hearts starring the ultimate Girls dude Adam Driver, which actually might make you fall even harder for the California actor than ever before—yes, it’s possible. (Indie Wire)