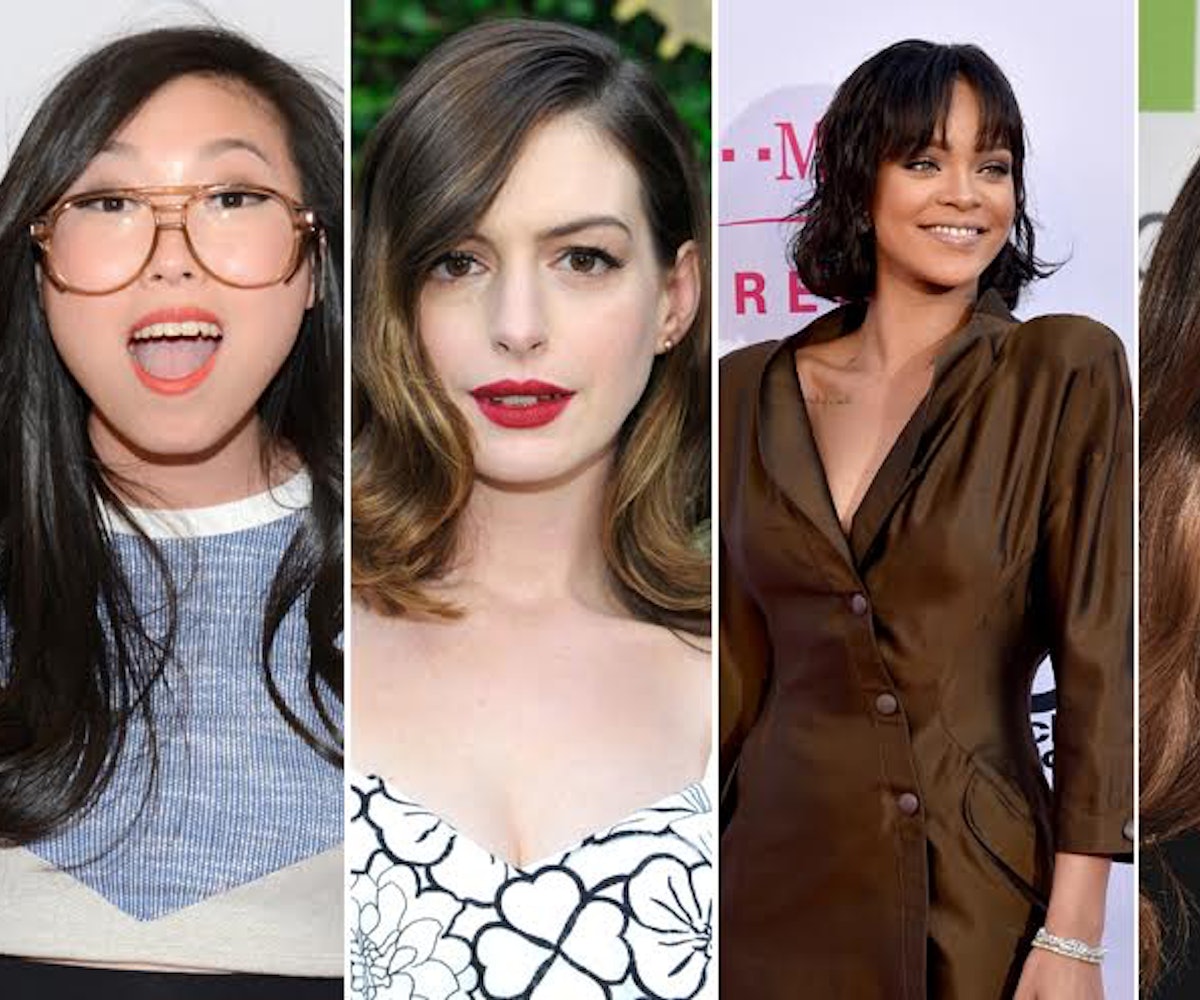 What do you get when you invite Rihanna, Anne Hathaway, Mindy Kaling, Helena Bonham Carter, and Awkwafina to join the company of Sandra Bullock and Cate Blanchett? According to Deadline, you get the blinged-out cast of Ocean's Eight. They're reporting that Warner Bros. is about to finalize the the entire squad for their female-led version of the popular heist franchise launched by Ocean's 11, which is set to start shooting in New York this October. The remake (or reboot, or reimagining) has been in development at the studio for quite some time now, with every major female star in Hollywood seemingly attached to it at one point.

For a while, rumors swirled that Jennifer Lawrence would hop on board—a claim that was bolstered by the presence of the Hunger Games director, Gary Ross, who is helming the project. (Original director, Steven Soderbergh, is on board as a producer.) But as of now, one roster spot remains, and it's unlikely that Lawrence would join a project that already boasts this much star power. Can we suggest setting the movie within the DC Extended Universe and casting Margot Robbie as Harley Quinn? Because every serious heist crew needs a bat-wielding enforcer with a clown fetish.