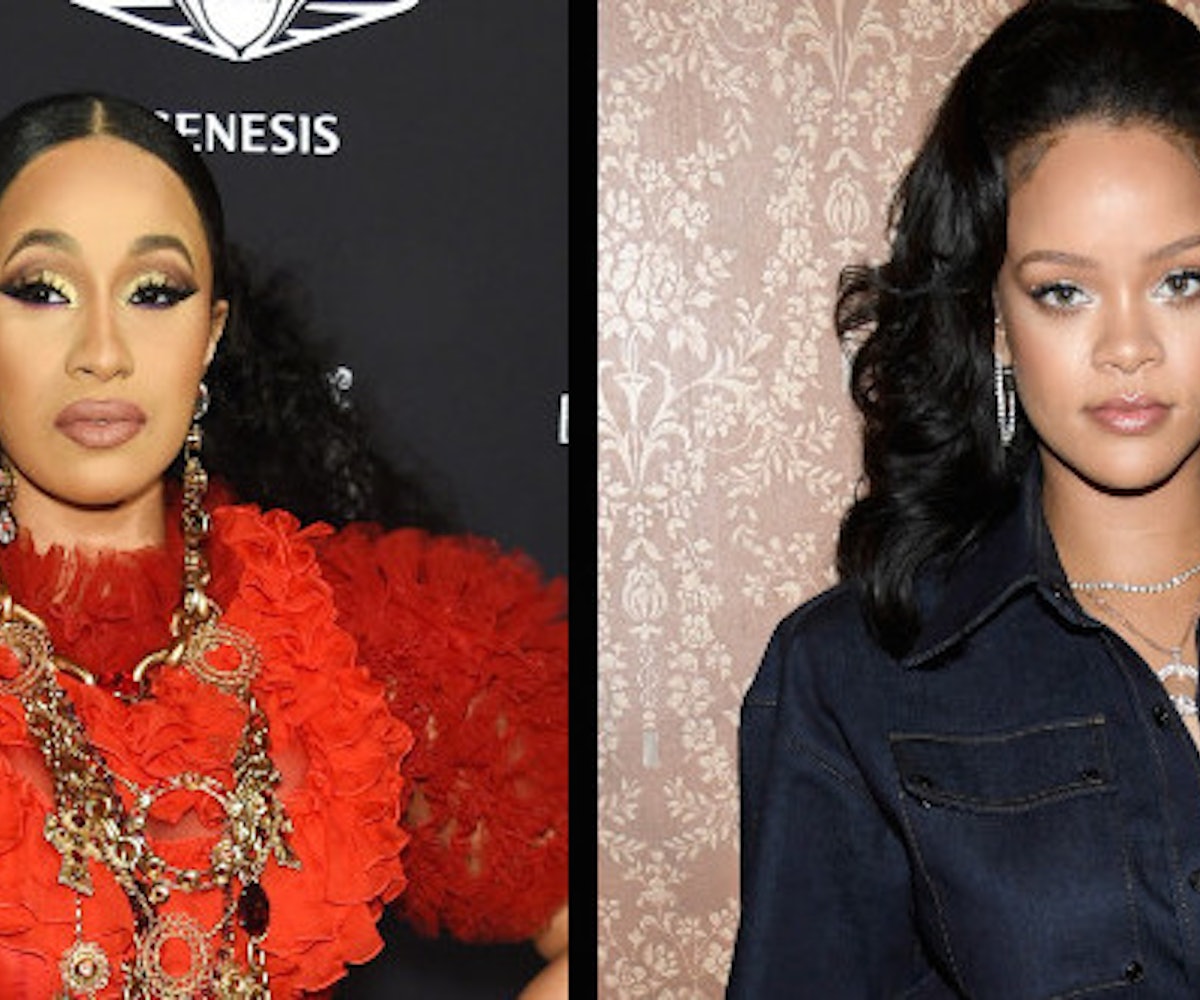 Rumors of a feud between Cardi B and Rihanna are currently circulating, and it doesn't sound pretty.

According to MediaTakeOut, sources close to Rihanna claim that Cardi B was uninvited to the singer's Diamond Ball, which took place last week. Why? Allegedly, Cardi's much-publicized altercation with Nicki Minaj at the Harper’s Bazaar ICONS party earlier this month didn't sit well with Rih.

"They told Cardi not to show up, and told her that security would not allow her in to the event," an insider told the site, also adding that Rihanna's team told the police outside that "Cardi was NOT to be allowed in."

The source said that Cardi wasn't happy about the news. "Cardi thinks that Rihanna is just hating because she has a competing makeup line," they continued. "When [Rihanna's] people told Cardi of her decision, she was like, 'Fuck Rihanna and the Ball.'"

And while this is just a rumor (we're sure Cardi's absence could also be easily explained away by her incredibly busy schedule), MediaTakeOut also notes that this all comes after reports of Rihanna unfollowing Cardi B on social media.

Cardi and Rihanna both have yet to address the rumor.