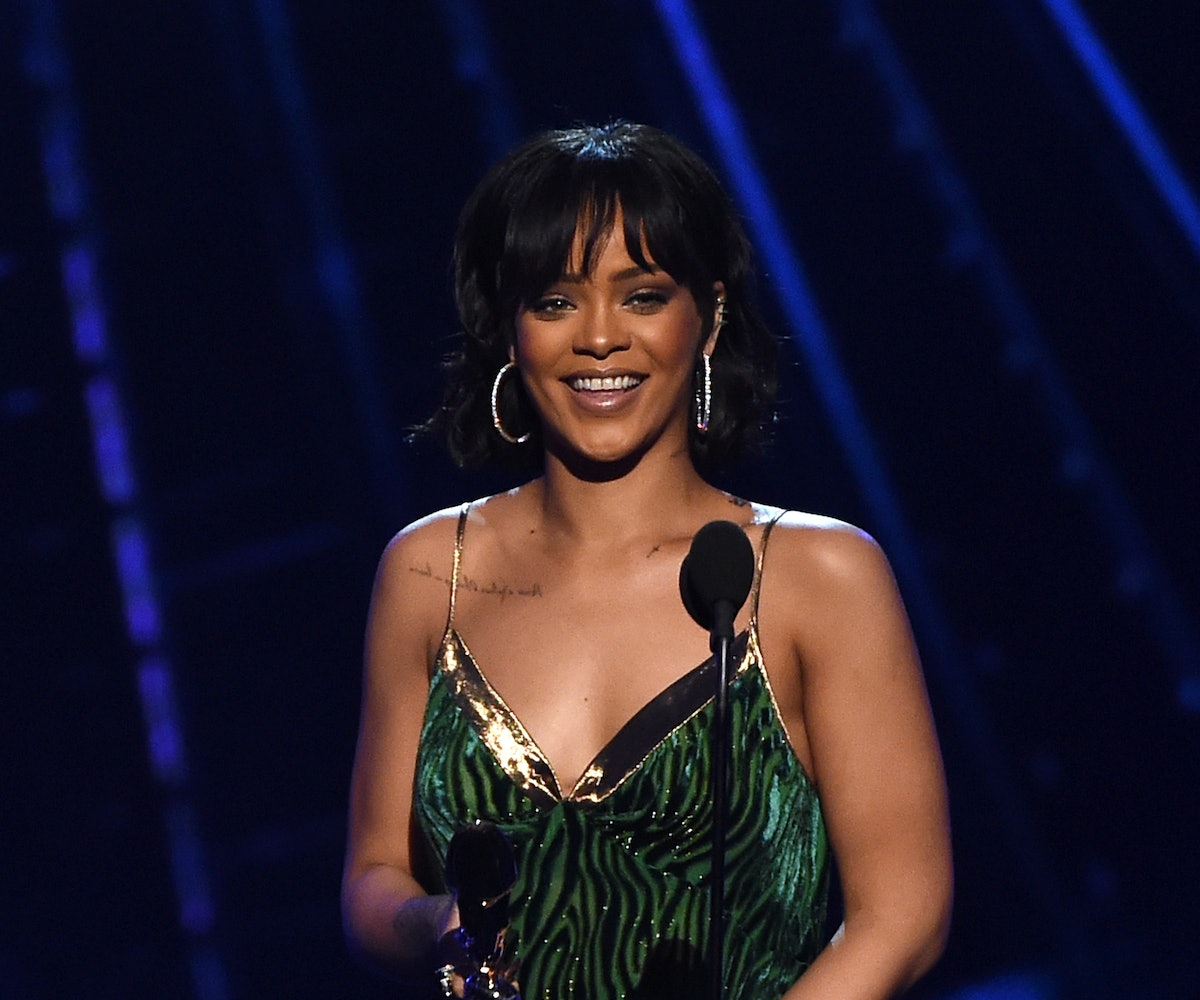 Is Rihanna actually the sci-fi princess of our dreams?

Just when you thought she was just starting to prove herself to be a rising force in the fashion industry—designing her first full Fenty Puma by Rihanna collection and signing a three-year deal as contributing creative director for Stance socks—she’s now taken it a step further: designing futuristic sunglasses collection for Dior.

The Rihanna x Dior collection is comprised of six variations of mirrored, space-age sunnies in different shades: silver, pink, blue, green, and red (all at $840 a pop). Oh, and just in case you wanted to get really fancy, the sixth style you can snag for yourself is a 24-karat gold-plated variation—for a mere $1,950.

In a statement from Dior to WWD, Rihanna was quoted saying that Geordi La Forge from Star Trek was her inspiration for the frames, stating “I’ve always been obsessed with his eyewear, and when I got to Dior and saw all the materials I could play with, it all just came together.”

She’s been spotted rocking her designs about town and teasing them on her Instagram, making us all anticipate the launch even more.

The exclusive new styles will be for sale in Dior stores in early June. While our wallets may only be able to get us a pair of Stance socks, we’ll still be dreaming of these sci-fi stunners. At least we’ll have her makeup collection, also launching early this summer, to look forward to. Live long and prosper!