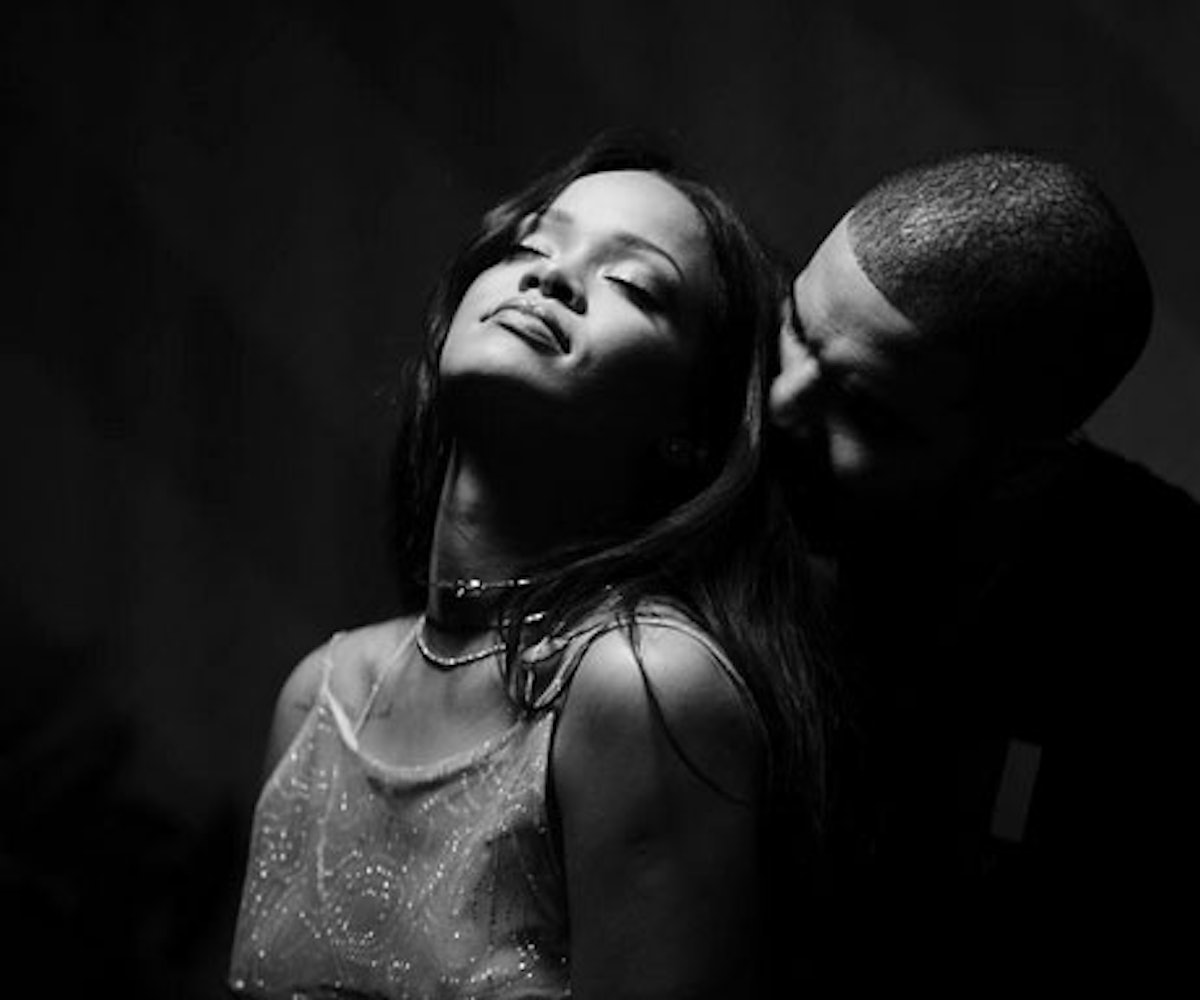 Give the world one spectacular song, and hundreds of remixes will soon follow. We saw this tenfold with "Hotline Bling," and that wasn't even an original hit by Drake. (Let's not forget that it was a cover of D.R.A.M.'s "Cha Cha," which sampled the theme song for Super Mario World Star.) Surprisingly, we haven't been bombarded with too many remixes of Rihanna's hot single "Work" yet. DNCE tried to put their spin on the track about a week ago, but it didn't get the most supportive reactions that the band was probably hoping for.

Jerome LOL and Samo Sound Boy of DJDS recently left their mark on the track, and while there's no trace of dancehall to be found, their version still makes you want to move and get your groove on with those '80s flares blasting from the keyboard. If the name of the Los Angeles duo isn't ringing a bell, you have actually been exposed to their work on Kanye West's masterpiece The Life of Pablo. (We also premiered their amazing Adele re-work a few months ago, in case you forgot.) Bump this tasteful remix, below.