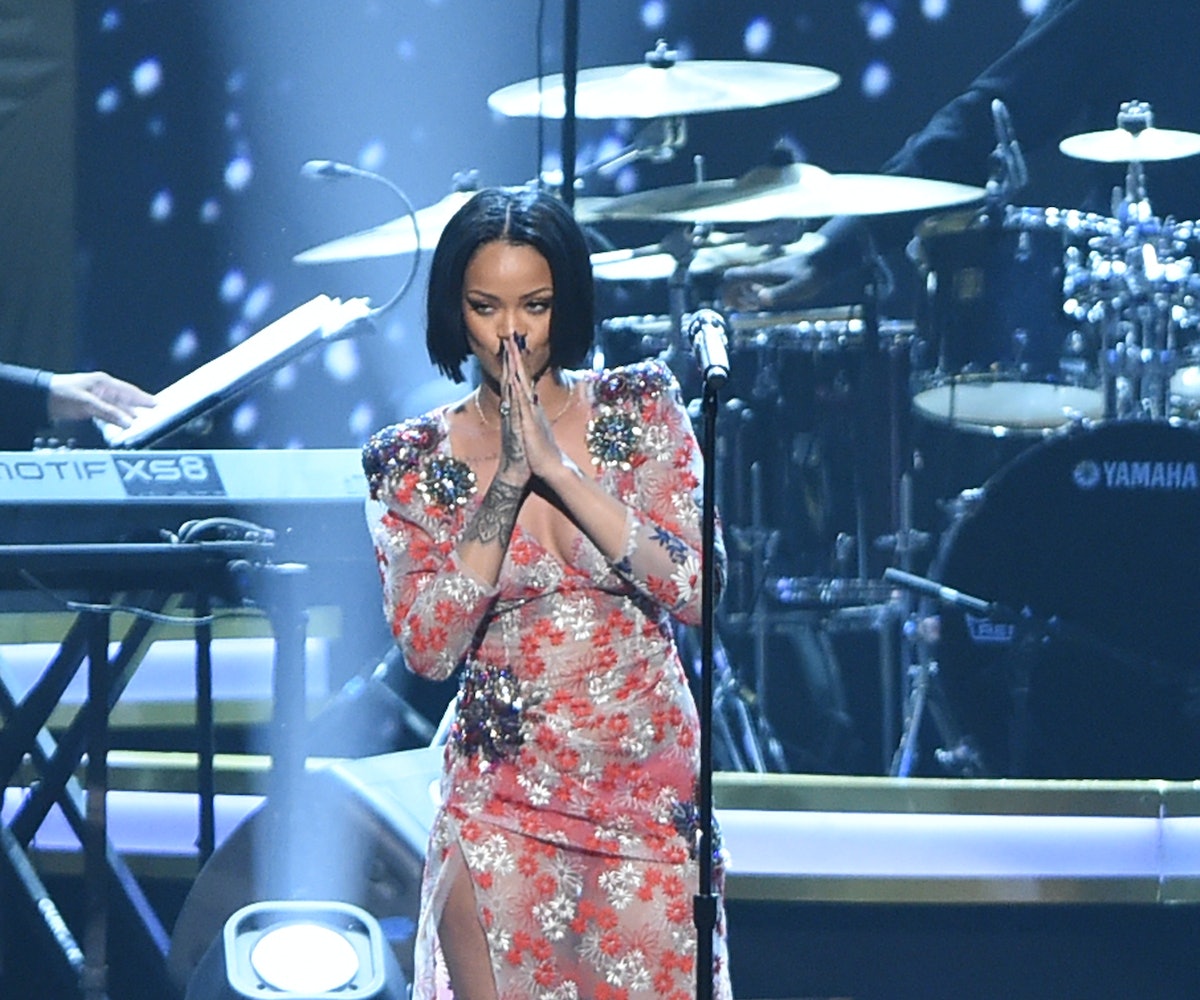 The last two weeks haven't exactly been ideal for Rihanna. First, Tidal botched the release of her new album Anti. Then, after the record dropped to some pretty-good-but-not-great reviews, Beyoncé decided to stop and space. And for the last week, the Pop Culture Industrial Complex has been working overdrive just to keep up with Kanye West's Twitter account. So tonight's Grammy awards were going to be a chance for RiRi to steer the spotlight back in her direction with what would have been a killer performance. Not anymore. The singer has apparently canceled her performance due to a bout with bronchitis, according to TMZ.

Rihanna showed up to the Staples center late and looking flawless as usual, skipped the red carpet, and is presumably not backstage getting ready for her scheduled performance of the sparkling Anti ballad, "Kiss It Better." Either that or her team is so miffed about that Bey video drop that they've decided to orchestrate the first "surprise" awards show performance in human history.