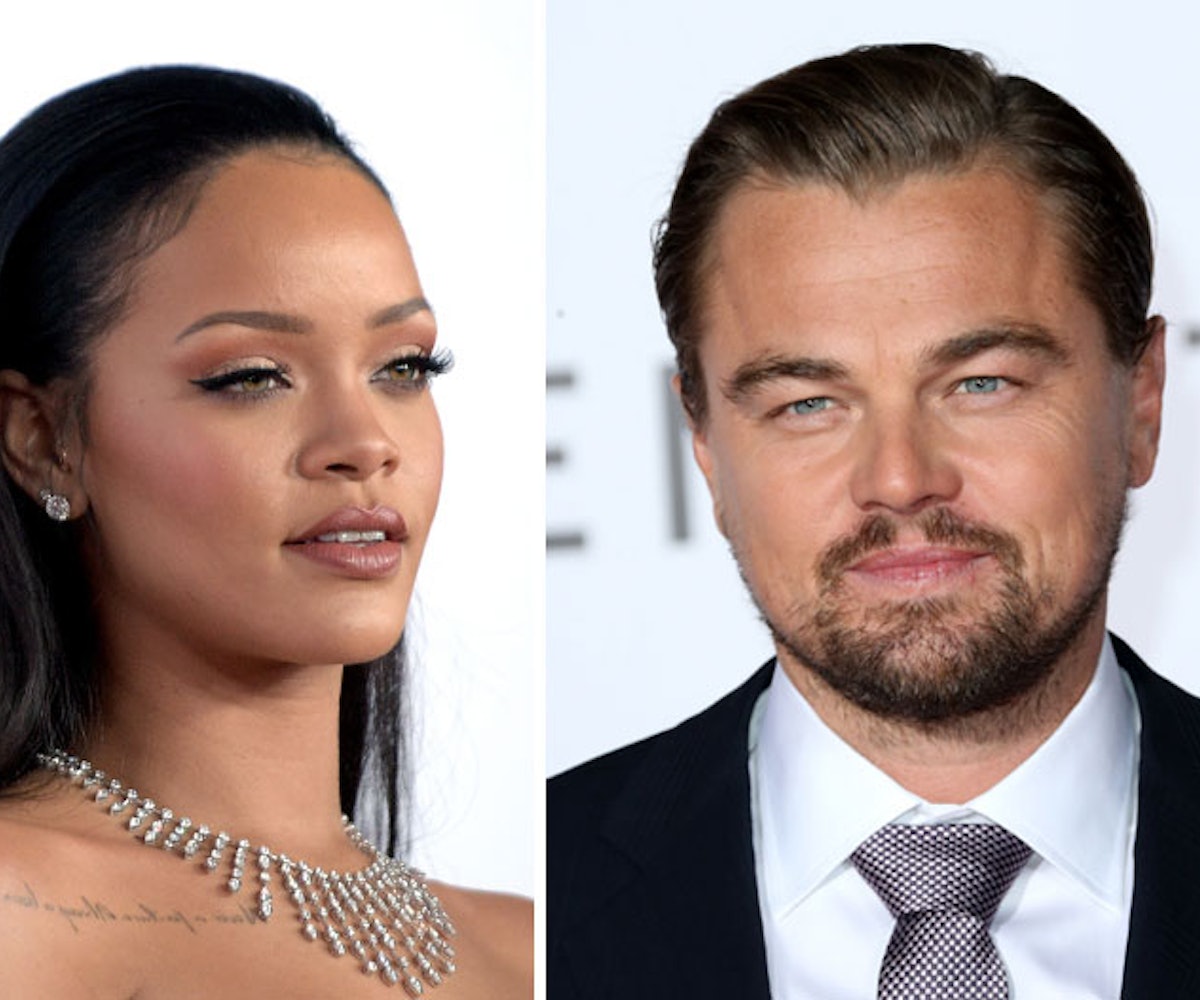 It's time to come to terms with the fact that we are living in a universe where Leonardo DiCaprio and Rihanna might actually be dating. Rumors of the epic dalliance have been swirling ever since the pair was spotted at a New York club together last summer. Leo has since joined the single pool after breaking up with his model girlfriend Kelly Rohrbach, while things with Rihanna and her rapper beau Travis Scott also seem to have cooled off. Who knows, really.

That brings us to the photoset below, which was snapped at a Paris club last weekend, and is our single greatest piece of evidence that Leo and RiRi are in fact, a thing. Yes, that is the world's biggest movie star, and the world's biggest pop star, allegedly making out. Or leaning in for the kiss-kiss hello. That’s how the French do it, right?