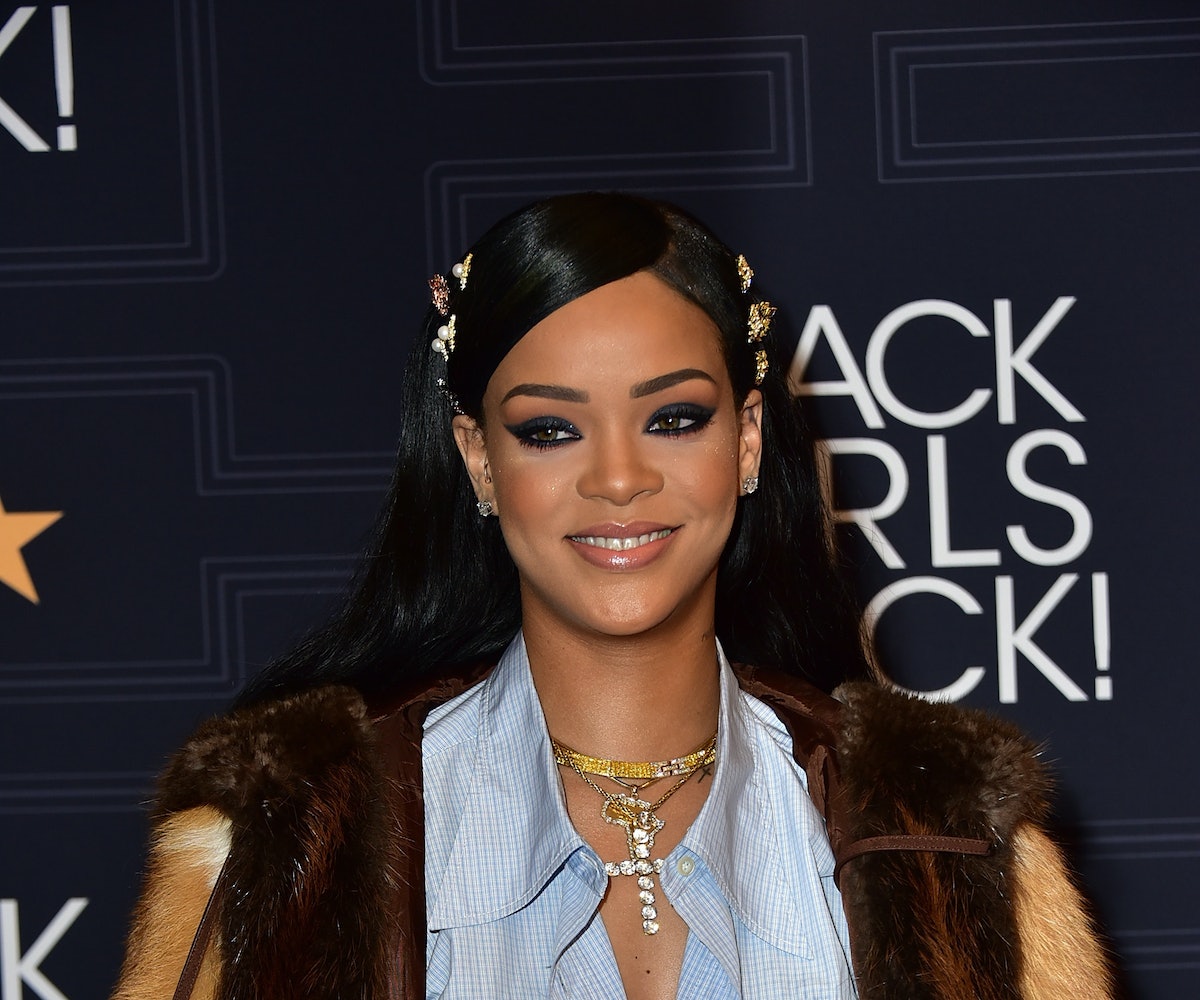 Update 8/1/17: Rihanna's long-awaited makeup line, Fenty Beauty, is officially coming September 8. The items will be exclusive to Sephora and FentyBeauty.com. What the collection includes, though, is still TBD.

Move over, Lip Kits. The most covetable makeup collection ever is coming to you in fall 2017.

Rihanna has just signed a deal with the Kendo division of LVMH Moët Hennessy Louis Vuitton to launch her own makeup line, named Fenty Beauty. It’s rumored that the brand paid an estimated $10 million to seal the deal with the Anti star.

While we don’t have many details just yet, we can expect this collab to be major. The CEO of Kendo David Sulitean said in a statement, “Fenty Beauty by Rihanna is a beauty rocket ship that will appeal to a huge and diverse global audience. We are aiming for the stars.” He later commented that the brand is “honored” to work with her.

Kendo certainly knows what they’re doing. They’re the company behind Kat Von D Beauty and Marc Jacobs Beauty, so it’s only fitting for them to be the ones behind Rihanna’s upcoming line. This may end up being the most highly anticipated makeup collection of them all.

This isn’t Rihanna’s first foray into beauty. She collaborated with MAC Cosmetics back in 2013 on a four-part RiRi Hearts MAC collection and has produced seven fragrances for Parlux Ltd. Fenty Beauty will be the star's first full collection.

NEXT UP
Entertainment
Everything We Know About SZA's New Album
Entertainment
Caroline Polachek Announces Album ‘Desire, I Want To Turn Into You’
Entertainment
TikTok's Wednesday Dance Trend Is Giving '80s Band The Cramps A Second Life
Entertainment
The 20 Best K-Pop Releases Of 2022