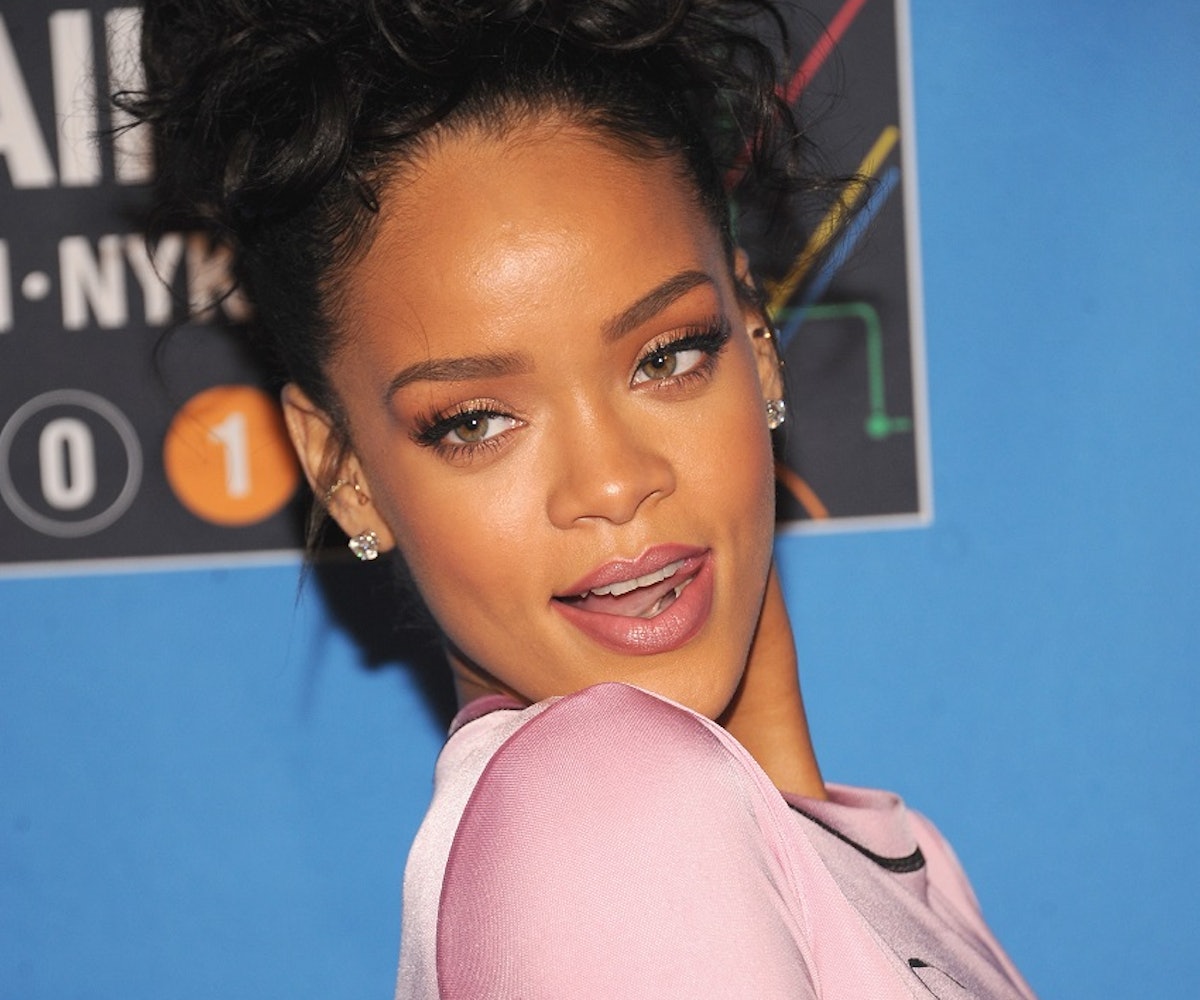 If you weren't a March Madness fan before, you just might be one now.

Rihanna teased her new song "American Oxygen" from her upcoming album in a promo commercial for the 2015 NCAA March Madness Tournament. It's proving to be an exciting time for RiRi, with the buzz around her song "FourFive Seconds" with Sir Paul McCartney and Kanye West and her most recent release, "Towards the Sun." The promo is only 30 seconds long, but it's already enough to get us pumped: Rihanna's sassy strut in front of a giant American flag and the inspirational clips of the players scattered throughout blow the anticipation for this already beloved event out of the water.

With March Madness being one of the biggest basketball events of the year, who better than Rihanna—who is often courtside at basketball games—to amp up the hype?

NEXT UP
Entertainment
Who Will Rihanna Bring To The Super Bowl?
Entertainment
Paramore Announces Album 'This Is Why' For February 2023
Entertainment
YDE On Her EP, Lady Gaga & Making New Short Film 'Send Help’
Entertainment
On ‘Cool It Down,’ A Spitfire Band Matures