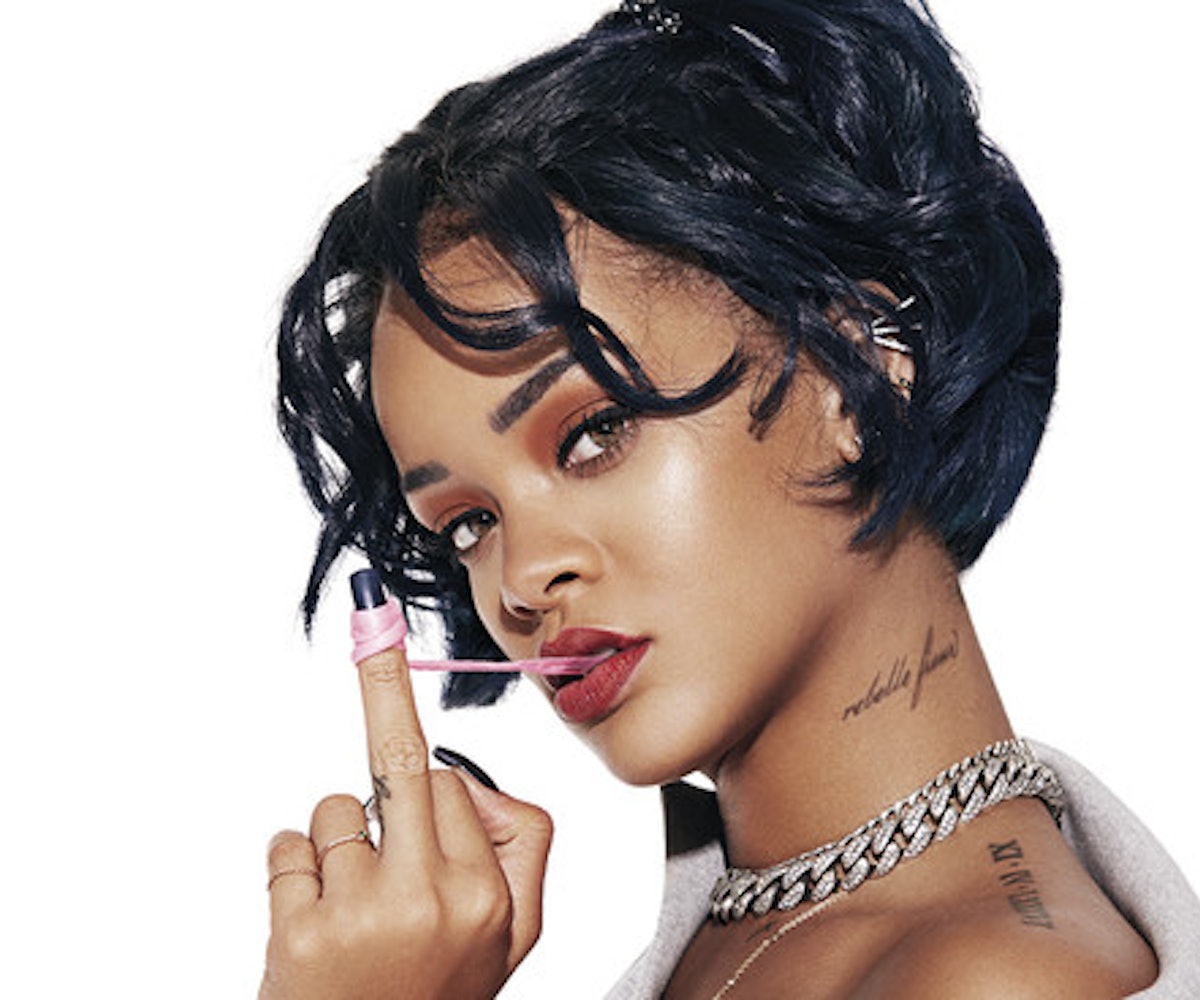 Rihanna contains multitudes. There is no other pop star who keeps us guessing quite as much as she does, whether she's putting together a Barbie-inspired look to promote her newest fragrance or she's flaunting a badass attitude à la “Bitch Better Have My Money” music video. And now, her latest photo shoot shows off her multidimensional personality and style in one of the most sweet and salty ways ever.

With a cute cropped, curly hairstyle and a wad of pink bubblegum, Riri is serving up some serious “Beauty School Dropout” vibes in her shoot for NME—minus the pink hair dye. In her revealing interview with the British mag, Rihanna is as unapologetic as ever. “I just have a way of breaking the rules even when I don’t intend to,” she says. “You have to let people be who they are—you have to believe that that’s going to be the best version of them.”

The singer added that she’s not quite yet ready to release her eighth album yet (she’s a perfectionist, after all), and she also doesn’t think that she’ll be joining Taylor Swift’s ever-growing girl gang soon, mostly just because their brands don’t mix. “In my mind she’s a role model, I’m not,” she says.

With an ever-growing pile of projects, Rihanna is at the top of her game, and only appears to be getting better, bolder, and more accomplished than ever. We can’t wait to see what she has in store next—but for now we’ll take this photo shoot as our outfit inspiration for days.

Read the full interview and see the entire photo shoot at NME.