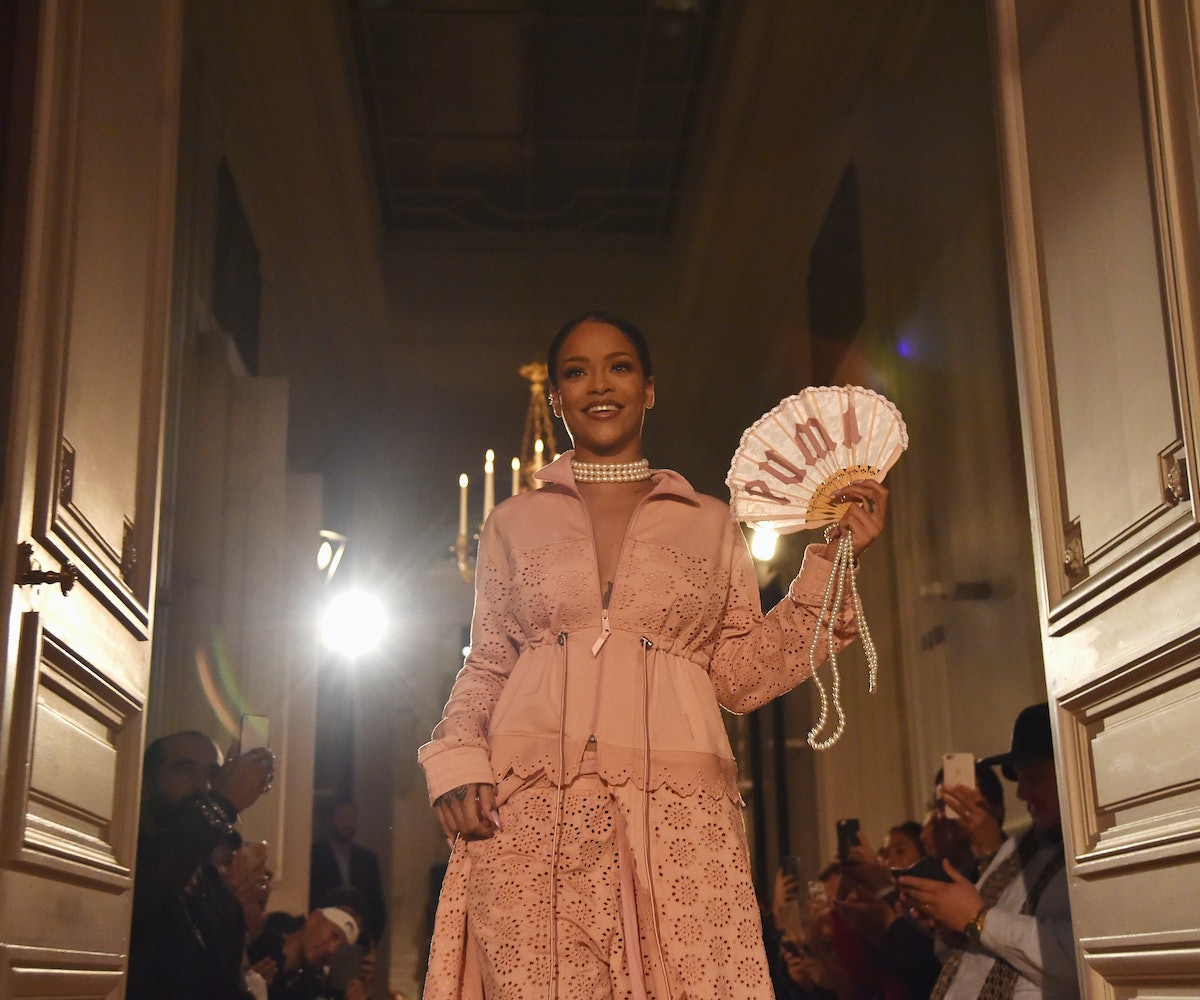 Just when you thought you were seeing the end of the health goth trend, Rihanna's critically acclaimed collaboration with Puma has received yet another accolade. Footwear News has awarded her much sought after creepers the Shoe of the Year award for 2016. Combining influences from the retro aesthetics of Venus X's underground GHE20G0TH1K parties and the sensibilities of high-end designer streetwear, the limited release sneakers were sold out and difficult to find for large chunks of the year.

Riri will be inheriting the honor from last year's winner, Kanye West, whose Adidas Originals Yeezy 350 Boost shoes were celebrated in 2015. She'll be joining the ranks of this year's winners including Paul Andrew, Iris Apfel, Aldo Bensadoun, Linda Fargo (from Bergdorf Goodman), and Mark King (from Adidas).

“In my wildest dreams, I never would have imagined an honor like ‘shoe of the year.’ It means so much to me to make a mark like this in the shoe and sneaker industry and to have so many people share my love for the creeper," said Rihanna, reacting the to the award.

Rih's creeper was a favorite for us all year, so we're happy to see it get such a formal and prestigious distinction. Also, duh!