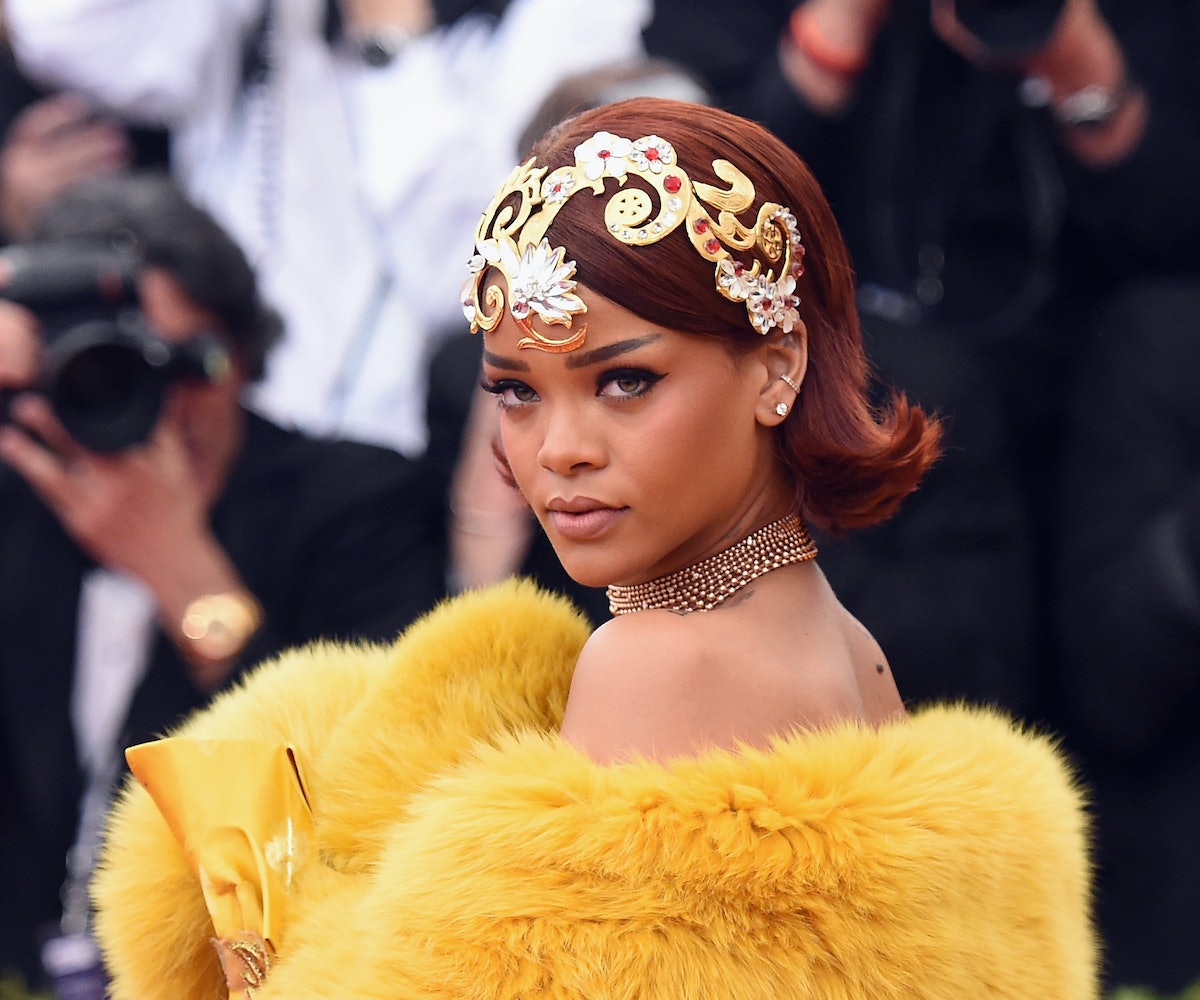 As if we didn't have enough already, Rihanna has officially just given us another reason for us to bow down.

The 27-year-old singer and queen of everything became the first artist to ever cross the Recording Industry Association of America (RIAA)'s 100 million song certifications, a.k.a. Rihanna has the most downloaded singles. She easily beat out second and third place holders, Taylor Swift, who has 88 million, and Katy Perry, who has 79 million, respectively. The 100 million units are comprised of the 37 separate songs she's released so far, and they include a 9X multi-platinum award for "We Found Love," 6X multi-platinums for "Stay," "What's My Name" and "Only Girl (In The World)," plus a 2X multi-platinum for new song "FourFiveSeconds," a platinum for "Bitch Better Have My Money."

The CEO of RIAA, Gary Sherman congratulated Rihanna in a press release, noting that "she has not only surpassed RIAA’s one-hundred million mark, but also is the first artist to do so. It’s an historic feat and a testament to an extraordinary career.”

It's no secret that Rihanna is doing amazing things in her career, and we're #blessed to witness this proud moment in "histoRIH."

NEXT UP
Entertainment
Rihanna, Mitski, Lady Gaga Nominated For 2023 Oscars
Entertainment
Chloe's "Pray It Away" & 9 Other New Songs Out This Week
Entertainment
Harry Styles Is Performing At The 2023 Grammys
Entertainment
Samia On 'Honey' & Saying The Ugly Part Out Loud
Style + Culture, delivered straight to your inbox.