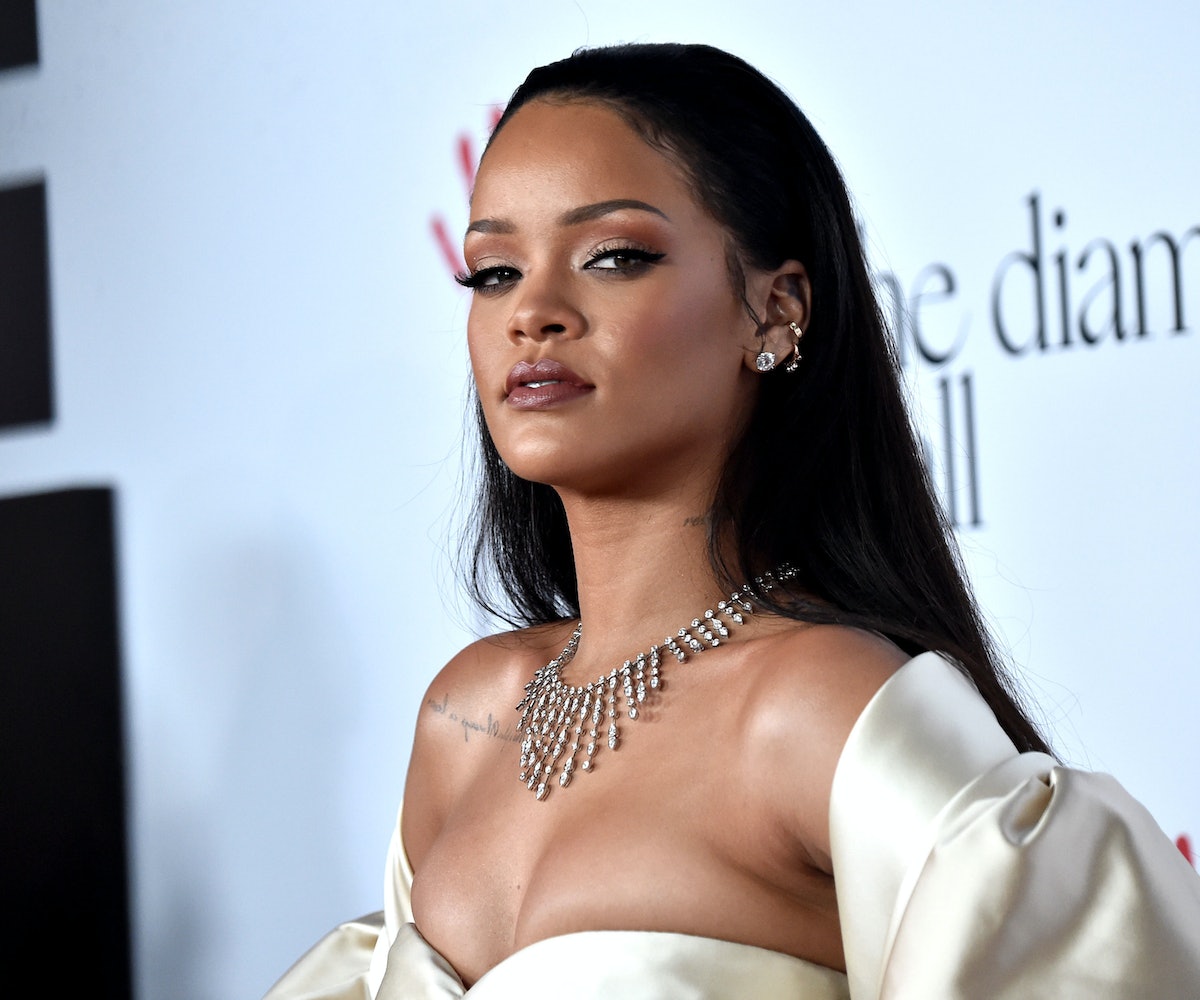 This year, Rihanna has been all about doing things on her own terms. Instead of dwelling on what others think or say about her, she refreshingly remained true to herself. She posts what she wants when she wants, she's become a major force in the fashion industry with lines for Stance and Puma, she hasn't rushed to release her album ANTI, and she wears whatever the hell she wants wherever the hell she wants, especially to major events.

Months after arriving to the Met Gala in what was easily the most extravagant, show-stopping look, she headed to the second annual Diamond Ball in what looks like the most comfortable black-tie attire in history. While raising money for the Clara Lionel Foundation, the organization Rihanna founded in 2012 to "improve the quality of life for communities globally in the areas of health, education, arts, and culture," the singer wore a golden Dior Couture gown and matching jacket, paired with Cartier jewelry, which is exactly what we imagine her to wear as she roams around the hallways of her house.