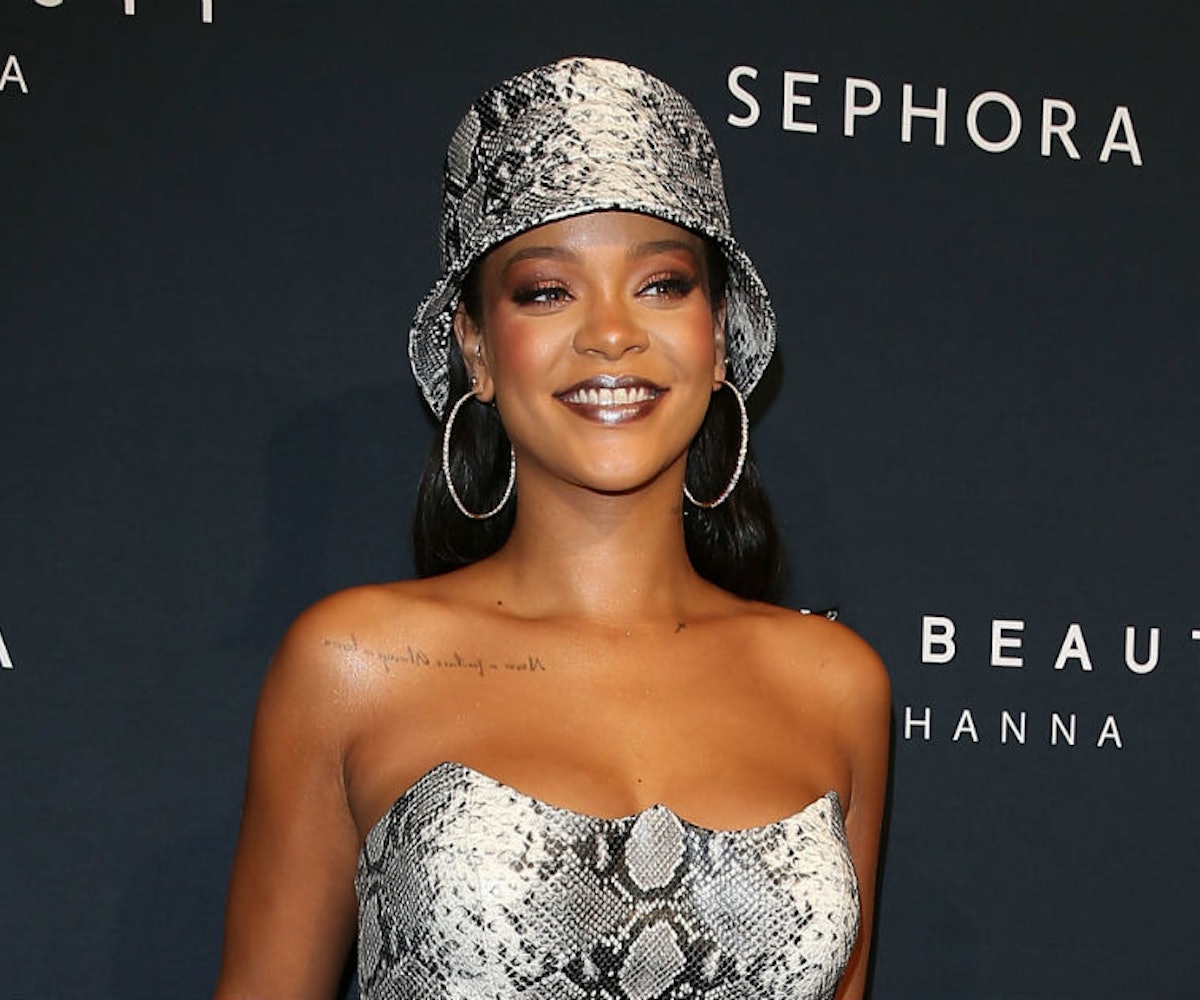 Photo by Caroline McCredie/Getty Images for Fenty Beauty by Rihanna.

Rihanna, like Pharrell, isn’t here for Donald Trump playing her songs during his rallies.

On Sunday night, Washington Post’s Philip Rucker tweeted that the singer’s song “Don’t Stop The Music” was “blaring in Chattanooga.” He added: “Everyone’s loving it.” Everyone but Rihanna, that is. When fans alerted her to Rucker’s tweet, she replied with the following: “Not for much longer… me nor my people would ever be at or around one of those tragic rallies, so thanks for the heads up philip!”

Rihanna’s been on something of a political kick lately. Earlier in the day, the star endorsed Florida Democrat Andrew Gillum elections (who could become the state's first black governor) for the midterm elections. “FLORIDA: You have the opportunity to make history this election,” she wrote on Instagram. “If you’re tired of feeling like you don’t matter in the political process, know the most important thing you can do in supporting a candidate is finding someone who will take on critical issues such as: making minimum wage a livable wage, paying teachers what their worth, ensuring criminal justice reform, making healthcare a right, and repealing Stand Your Ground.”

As for that rally music, at the rate things are going, the only artist they’ll be allowed to play is Kanye West. We hope Rihanna goes the Pharrell route and issues a cease and desist to Trump and his team that reads: “Please do stop the music. Like, immediately.”