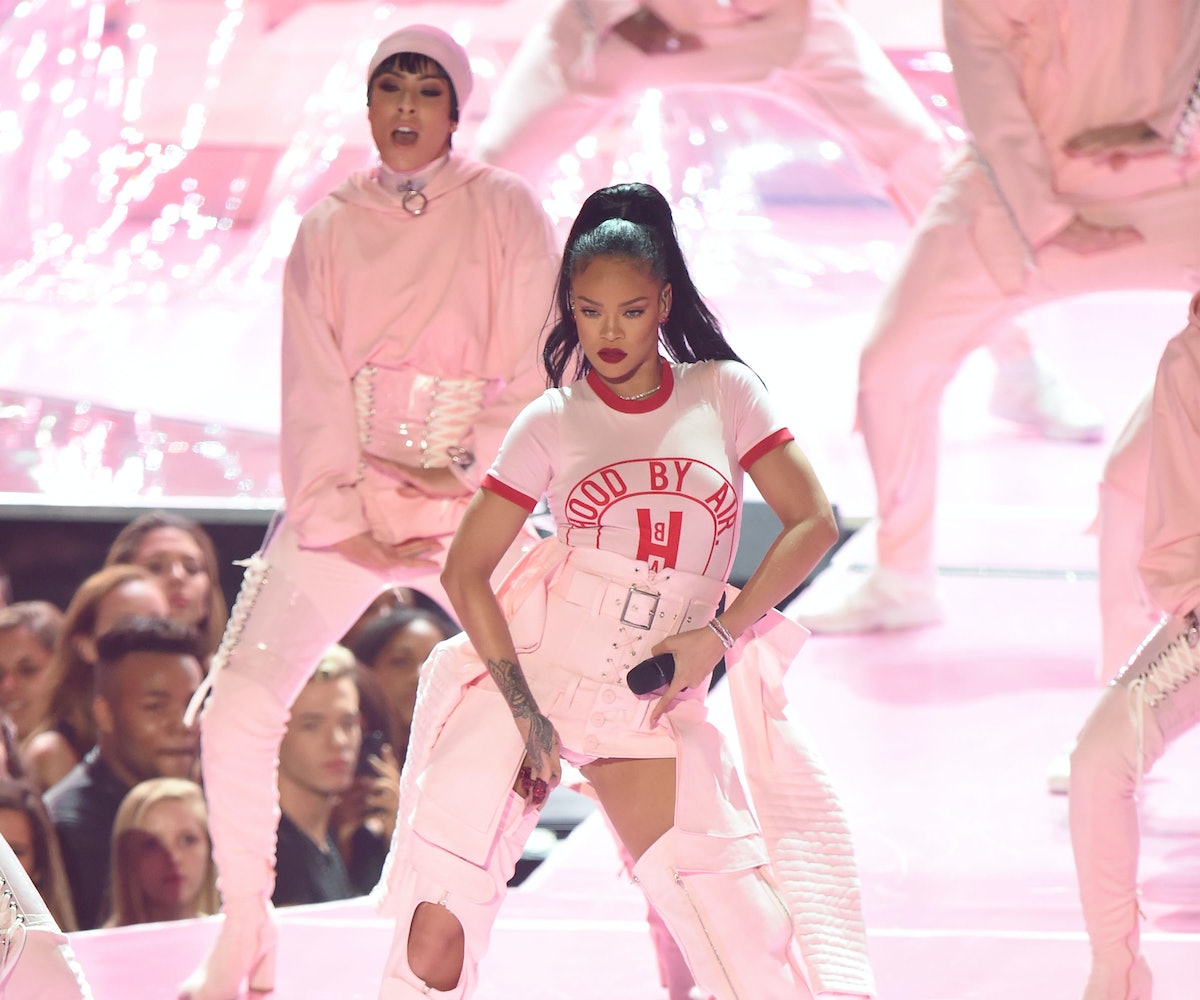 Ever since it was announced that MTV would be awarding Rihanna with the Video Vanguard Award at the VMAs, you kinda knew the night would belong to her. Well, so far so good. The show kicked off with RiRi accepting her award on stage in an all-pink ensemble, including a Hood By Air T-shirt that is most likely sold out by now. She also rocked a pair of purple Dior sunglasses.

Rihanna performed a kinetic medley of some her more EDM-tinged hits, including "Please Don't Stop the Music," "Only Girl in the World," "We Found Love," and "Where Have You Been." And if you're disappointed that she didn't play any new material, don't be silly. Rihanna will be playing four separate times throughout the broadcast, becoming the first artist ever to do so. Topping this one will be hard, but if anyone can do it, it's her. Watch it below.

NEXT UP
Entertainment
Who Will Rihanna Bring To The Super Bowl?
Entertainment
9 Films To Stream After Watching ‘Don't Worry Darling'
Entertainment
Måneskin Is The Hot Italian Rock Band To Watch Right Now
Entertainment
Paramore Announces Album 'This Is Why' For February 2023