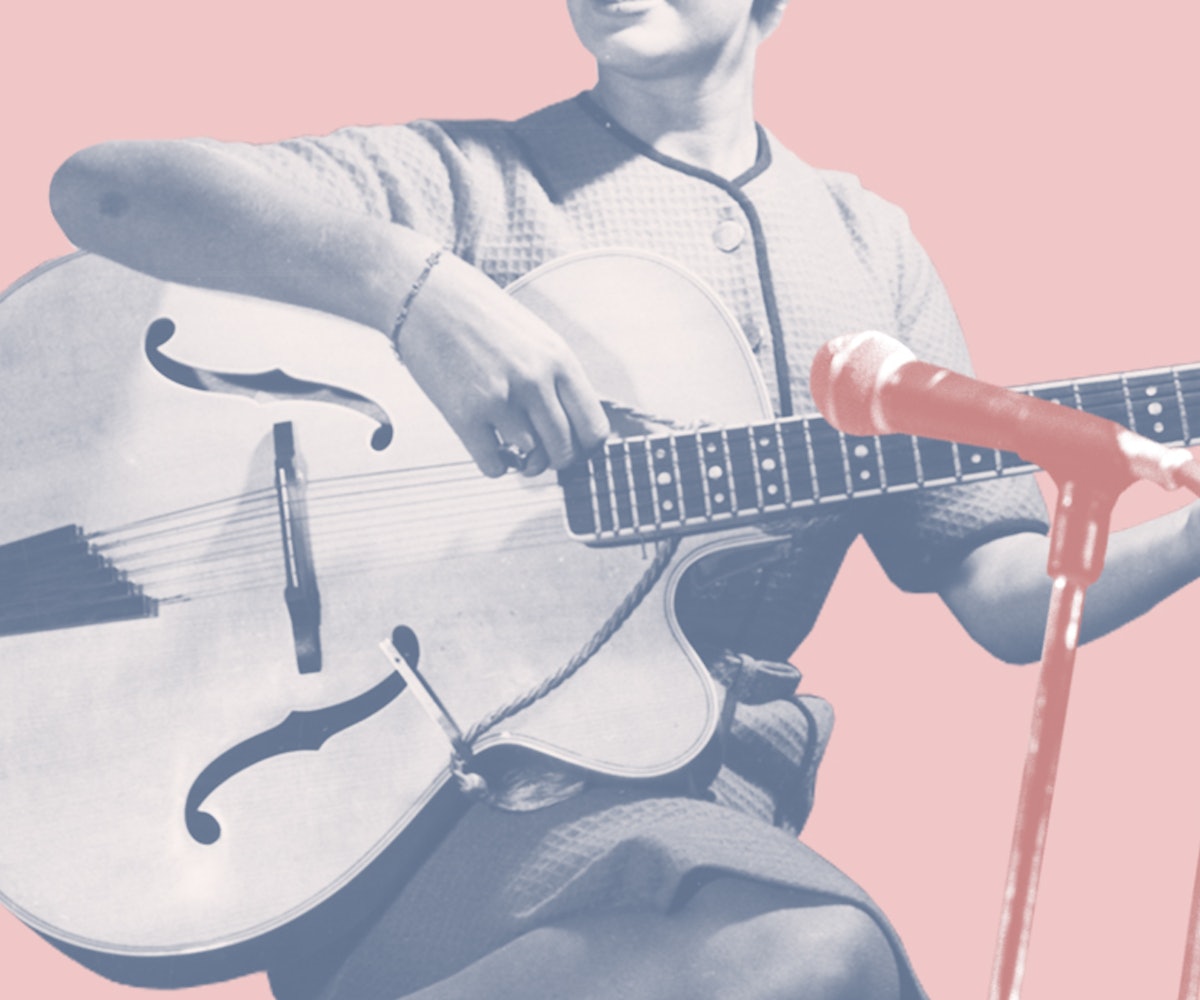 In 1999, Scottish indie band Travis included a cover of Britney Spears’ "...Baby One More Time" on the single release of their song "Turn." With this cover, Travis did what you’d expect an earnest indie rock band at the time to do: They slowed it down, stripped it back, and placed tongues firmly in cheeks. Now in 2017, it’s fair to say Travis don’t have the cultural capital they once did, but back in those heady post-Britpop, pre-indie-revival days, rightly or wrongly, they had more critical credibility than Spears, and the reception to their version of her song made that clear—it was embraced by music snobs who wouldn't have been caught dead listening to the pop star. It was also a sign of a trend that would soon become ubiquitous, one in which indie bands would cover pop song, as if to say, “The music we make is serious and important, and even though this song isn’t, we're making it so by covering it.” This became a template that was to be replicated countless times for years to come—until now.

Flash-forward 18 years and the musical landscape is much different. Pop music has enjoyed a critical resurgence, with artists who would once have been marginalized as mere pop stars—like Taylor Swift, Rihanna, Lorde, and Beyoncé—putting out records that are fastidiously analyzed and dissected by the music press—and rightly so. Meanwhile, purely guitar-driven indie music is far less celebrated, and far less culturally significant. As a result, the ironic guitar cover has less space to thrive. But why was something so implicitly condescending allowed to thrive for so long in the first place? And will it ever make a comeback?

One of the biggest contributors to the life cycle of the ironic cover is BBC Radio One’s Live Lounge, a segment of midmorning radio in which acts promoting their new single would also be invited to do a cover of a song not usually in their genre. Over the years this has given us Elbow’s take on "Independent Woman," Foals' "Hollaback Girl" (this one’s really bad guys), The Automatic's (who?) "Gold Digger," and all manner of other songs that, in a more utopian society, wouldn’t exist. The success of the Live Lounge format led to the release of 12 compilation CDs, all save three of which have reached number one in the album charts, with every song recorded as part of it made available on iTunes immediately after.

If Live Lounge is the cream of covers rising to the top (it’s not, but go with the analogy), then YouTube is sour milk. YouTube is the student open mic night of the internet, a long, never-ending street of buskers all hoping you’ll throw down some change and stick around long enough to listen to their own music. When Beyoncé released her groundbreaking "Formation," the white guy covers dropped almost as fast, each of them clumsily mangling the song into four guitar chords, whilst not shirking away from using the word “negro;” easily one of the worst things about this kind of cover is that it often feels like certain songs are selected as an excuse for white people to justify using racial epithets. (Incidentally, the #TrapCover trend that sprang up in opposition to this was really, truly excellent.)

Far from just being a fixture of the internet, the trend of these covers has been mined for commercial ends. U.K. department store John Lewis has made their Christmas advert a huge part of the holiday season, hinging its ads upon slow, twinkly covers of well-known songs; Oasis, Elton John, and The Smiths have all had the John Lewis ad treatment. However, unlike Live Lounge, whose covers rely on knowledge of both the song and the band stepping out of their genre, here the singer is almost incidental. In fact, of the nine ads that have included a cover, the only household names to have sung them have been Ellie Goulding and Lily Allen, maybe Tom Odell at a push, the formula for the cover so perfected that it literally doesn’t matter who the singer is.

If John Lewis provided the commercial apotheosis of the genre, then the critical one surely came in 2015, in the form of Ryan Adams’ take on Taylor Swift’s 1989, at the time maybe the biggest pop album in the world, both critically and commercially. The response fell into two camps, those who felt Adams had unearthed some previously hidden depth to the record, and those who felt he’d done, well, the opposite. Pitchfork’s Mark Richardson called it “a lot of fun to think about and talk about, not much fun to listen to.” But again, the praise for Adams’ record was based on the idea that pop music cannot claim to have the emotional depth that a serious, world-weary singer-songwriter has. Anna Leszkiewicz of the New Statesman put it best in the aftermath: “Pop songs are not inherently devoid of meaning, and alternative genres are not deep by default,” going on to say, “even with the intention of celebrating her, Ryan Adams has made it possible for dozens of music journalists to mansplain Swift’s own album to her.”

The recent history of the pop cover is interesting to consider with regard to how the music industry itself played out at the start of the 21st century. That first decade saw huge changes in how people consume music—the iPod was launched in 2001, YouTube in 2005, Spotify came on the scene in 2008. All of these things challenged the traditional distribution model and provided new outlets for people to listen to music for free, or, in the case of the iPod and iTunes, at a much lower cost than physical records. In the midst of an industry in flux, covers were a safe bet.

The irony is, covering songs shouldn’t be a safe thing to do; covering songs should be a risk, to take something beloved and well-known and try to interpret it in a new way, to make it a new song. All the best cover versions have elements of risk to them—Jeff Buckley stripping down the lush bombast of "Hallelujah" to his haunting, reverb-laden guitar and vocal; Johnny Cash channeling the lyrics to "Hurt" to sum up his entire life; Whitney Houston turning Dolly Parton’s gentle, poignant "I Will Always Love You," making it a soulful torch song, and a showcase for her breathtaking vocal ability. Where these songs take risks and ask you to measure them against the originals, acoustic pop covers play safe, ask you not to really worry about the original, just have a laugh, don’t sweat it. The other irony is, when talking about musical depth, sincerity, rawness, emotion—all the things that these covers are often applauded for—it is mainstream pop artists who are the ones writing music that speaks to relevant, often heavily politicized issues, whether that be Beyoncé supporting the Black Lives Matter movement, U.K.'s grime scene coming out in support of Jeremy Corbyn, or even people like Harry Styles or The 1975 defending the intelligence of the teenage girls who make up their audience. If alternative or indie musicians want to try and achieve a similar level of emotional depth, maybe it’s time they began looking at their own music and their own scene, rather than taking ironic jabs at what’s in the charts.