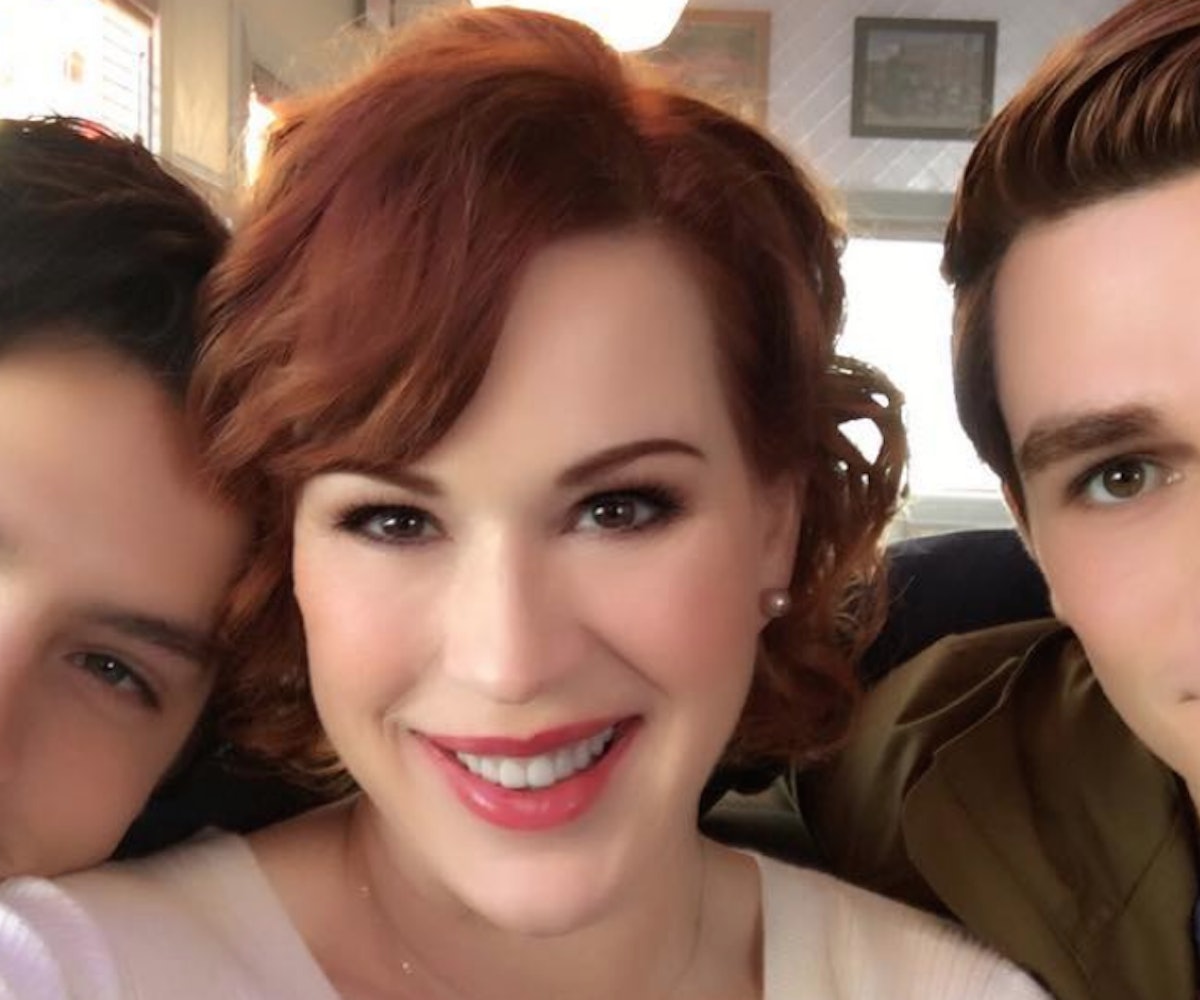 Riverdale's third season is reportedly taking a trip down memory lane via a flashback episode about the parents of the cast leads.

While speaking at a TV Critics Association panel this Monday, showrunner Roberto Aguirre-Sacasa said that the fourth episode of Riverdale Season 3—titled "The Midnight Club"—will take on The Breakfast Club. However, in true Riverdale fashion, it will be a "much darker version" of John Hughes' 1985 teen classic, per the Los Angeles Times.

"We're going to learn about a really, really dark secret in Riverdale that the parents have been keeping since they were in high school," he said. Aguirre-Sacasa also confirmed that the core cast of the show—KJ Apa, Lili Reinhart, Cole Sprouse, and NYLON cover star Camila Mendes—will play their onscreen parents in the flashback. And according to Harper's Bazaar, the actors behind the Riverdale parents couldn't be more excited. At Monday's panel, Luke Perry, Mädchen Amick, Skeet Ulrich (all '90s teen icons in their own right) were quick to throw their support behind the concept.

Now, the only question left is how Molly Ringwald—Apa's onscreen mom and original star of The Breakfast Club—figures into all of this.