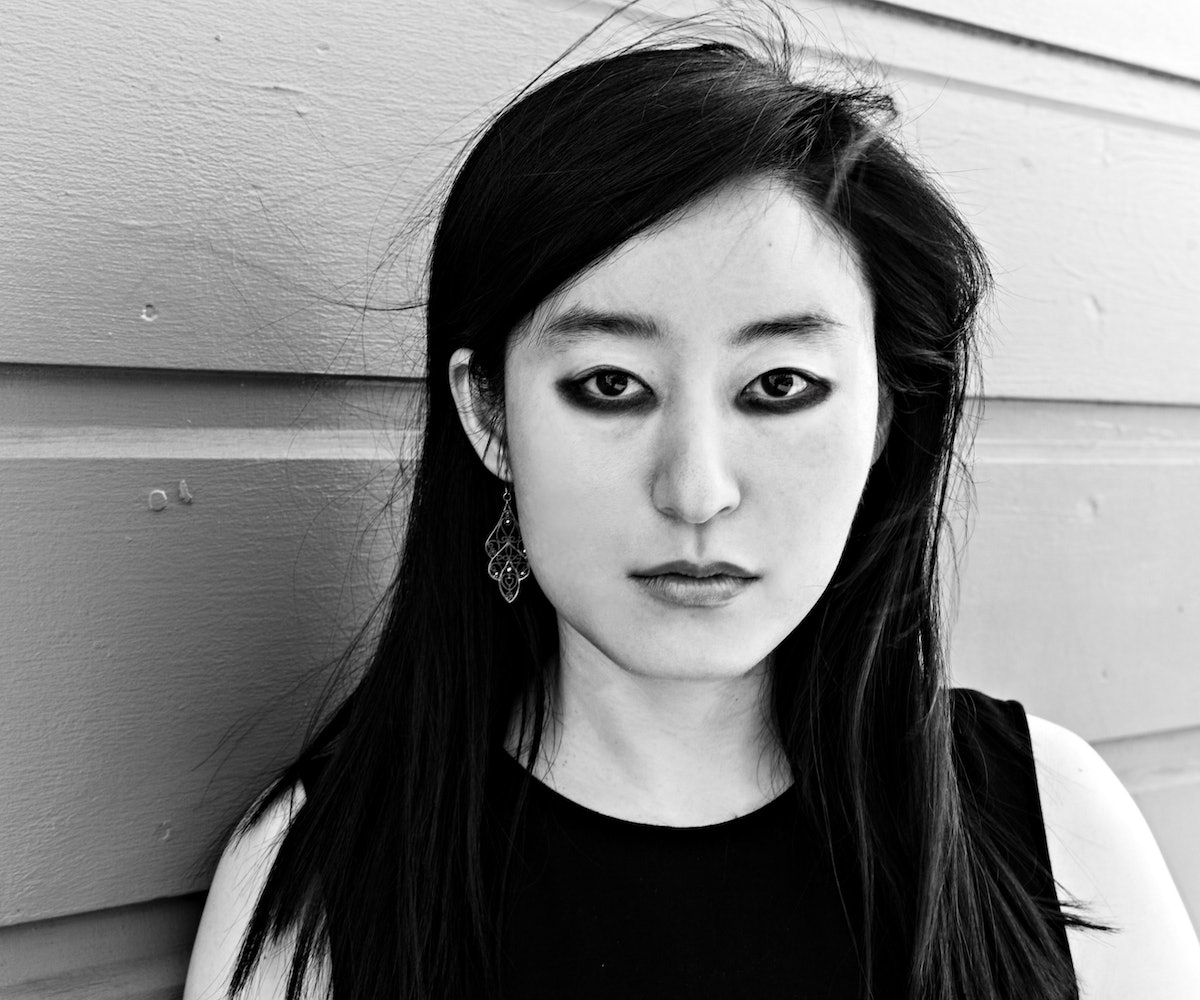 Every novel requires its reader to take a leap of faith; we are asked to engage with a world created for its pages, one which might feel strikingly similar to our own, but which is wholly the invention of its author. And when that faith is rewarded, when the world created is as devastating, entrancing, infuriating, and invigorating as the one that exists in real life, there's nothing quite like it.

Such is the case in R.O. Kwon's wonderful debut novel, The Incendiaries, which centers around the stories of three people brought together at a tiny liberal arts college in upstate New York. There is Will, a student whose loss of his fundamentalist Christian faith has left him feeling a level of grief he's trying to make sense of; Phoebe, whose struggle over her role in her mother's sudden death has left her searching for a sense of purpose; and John Leal, a charismatic cult leader who uses his experience in a North Korean prison to draw people into his inner circle. Will and Phoebe find some sense of relief from their respective traumas in the arms of one another, but their relationship is threatened by the sanctuary John Leal offers Phoebe. Kwon is adept and quietly stunning in her exploration of issues of belief, identity, and displacement. She makes clear the ways in which our search for answers to intractable problems can lead us to extreme places and to violent ends.

Recently, I spoke with Kwon over the phone about the genesis of this novel, what it was like to grapple with the difficult topic of faith, and how pain can bring people together, even as it tears them apart. Read our Q&A, below.

How did you know this was the story you wanted to tell?

I really wanted to write something that conveyed both how devastating it was to lose my faith—because I grew up deeply Christian—but also how wonderful it was to really fall into it. One of the hardest things about losing my faith was how alone I felt, both in terms of my family and my friends, who are all religious, and in terms of the books I was reading. As a bookish, introverted human, I was used to feeling at times misunderstood by my family and friends, but I could always find myself and my life reflected in books—and I couldn't in this one instance. Later, I was able to find a few more books that grappled with this [topic], but I really wanted to write this for the 17-year-old girl I was, who felt that she was alone. So that was the first genesis.

A second came two years into the book, because for two years it was just a book about a woman, Phoebe, just sort of wandering around meditating on the nature of this absent God [laughs]. And then I sort of dropped all that, and I was very briefly volunteering at a Planned Parenthood, and it occurred to me that that's one of the ways in which division in faith and division in belief make themselves most visible, and in some cases devastatingly visible, and at that point that was when the cult and the abortion clinic aspects came into the book.

There was a really interesting article in n+1 a while ago ["The Two Cultures of Life," by Kristin Dombek] that talked about how anti-abortion sentiments and veganism share a visceral connection, even though their adherents are usually thought to come from opposite sides of the philosophical spectrum. It's fascinating because of how it explores radicalism and extremism, and the internal consistencies and inconsistencies within certain philosophies, and what leads people down paths of fanaticism. This is kind of a digression, talking about this article, but I think it's also instructive to think about how seemingly regular people become extremists and what thought process they use to justify their actions.

I think that it's part of what's so hard about... I have my own political beliefs, which are firmly on the side of abortion as health care and as a right—outlawing it does absolutely nothing except hurt women, especially more marginalized women. But when I was deeply Christian, I was... I don't even like this term "pro-life," I was anti-abortion, and so I haven't forgotten what it used to feel like to believe that. On the other hand, something I do firmly believe is that if one believes so strongly that life begins at conception and that human life is so valuable that the fetus' life outweighs the life of the woman carrying the fetus, then I sure as fuck hope that that person is going to also have strong pro-life beliefs in terms of prenatal care, gun laws, capital punishment, health care for all, and Medicaid. And I think the ways in which abortion has been taken up as a central cause is clearly so skewed and so strange.

It is so fascinating how it's sometimes the one issue where non-violence is preached by people who are fine with violence as performed by anyone other than women. Faith leads us to real logical inconsistencies. How did it feel to write about faith? Did writing this book make you think about aspects of your own experience that you hadn't really considered before?

In some ways, writing this book kept me so close to the God in whom I had completely stopped believing in and no longer believe in. I was reading the Bible so much. I was reading a lot of religious thinkers, reading books by saints. I actually played with the idea of going to divinity schools just because I wanted to read even more religious texts in a more structured way. And so I was extending my understanding of religion and of Christianity and what other people have said about Christianity. I think, in terms of my own relationship to my faith, that's gone, I don't think that changed very much. I think the only thing that did change is any hope that I'd had that I would just, like, feel better about it or that the grief would end at some point. I think that's gone. I think I just started to accept that that's going to stay with me.

One thing that was so interesting in the book was to see the ways in which a personal relationship, primarily a romantic one, can become its own intense type of devotion and almost its own little religion. How do you think personal relationships work in relation to religious devotion? I think it's an interesting thing, the way they can displace each other, or alternately, a shared devotion to something else can strengthen a personal bond.

One way I was thinking about this is that people who have different faiths, or you know no real faith at all, we exist on such different... these are such different worldviews. Like the rest of my family quite literally believes that they'll live forever. A lot of Christians, including my family, quite literally believe that an all-powerful God knows everything that you do and talks directly to them. And even though I've lived on both sides of that spectrum, it's still almost inconceivable to me. That difference feels so huge in terms of how one goes about one's life, like how one thinks about one's mortality, how one thinks about love. And that was really interesting with this book, trying to show that divide and to show what one side can be to people who haven't experienced both. I think it can be really hard for... like when I was really Christian, a lot of pastors, and certainly priests, would put an emphasis on finding a partner who believes what you do because it's so difficult to be deeply Christian and to be partnered with somebody who's not. That's something that I heard a lot when I was growing up.

Partnerships can be premised on other commonalities, though, like another thing that Will and Phoebe share is an understanding of loss, and of pain, which is also a specific kind of intimacy. And in sharing pain, that hurt becomes its own kind of bridge to communicate, which is something that I think is utilized in a place like a cult, where people who have been hurt can bond with one another. Is pain, maybe, the ultimate bridge in communication?

I'm not sure that I would say the ultimate bridge, but it can be a really powerful bridge. Because I do think that, sometimes, shared pain can really divide people, too. I think a lot about the statistic that parents who lose a child, more than 50 percent of them split up in the next few years after that. But, at least in my own experience, over the years, since I lost my faith, I do sometimes feel an instant rapport with people who've lost their faith, who used to really believe in something and then left it. It's meant so much to hear from people like that, from readers who've read early copies, to say that I've articulated something that they've been feeling. So, personally, that's meant a lot to me. But, I think, pain is a very powerful bridge; I don't know if it's always a successful bridge.

I think that it's just an interesting way that people get close to each other sometimes, but it's not really the best ultimate foundation for intimacy. But, it's still definitely one shortcut. [laughs] What were the most difficult parts of the book to write?

I felt very conscious writing the section that took place in North Korea. I felt very conscious of the fact that I've never been to North Korea, and that there's only so much I can learn about North Korea by reading books, by reading non-fiction about the place. Like people have asked, "How did you know you were getting it right?" I knew there was no getting it right. It feels that there's a real responsibility in trying to depict a place that almost no one can know very much about. It's different than if it were a more accessible place. So I really wanted to depict that, rather than trying to assert any kind of knowledge. So walking that line was something I was very conscious of.

Did you always know exactly how the narrative would play out? Were there any changes along the way? Or was it pretty much always leading to the same conclusion?

After the first two years, once I restarted the novel and started reimagining what it could be, those first two pages of the novel and that scene it sets with the cult on a rooftop watching a bombed building fall, that was there. But other than that, almost everything came as a surprise to me. I really wish I could know a story ahead of time, but I'm not really a top-down writer. I sort of follow what feels right in the moment, and I just keep going through it until it feels more and more right to me. But, so much of it—almost all of it—came as a surprise. Whole characters came as surprises. I'm a very intuitive writer. I wish I was a little less intuitive. There seems to be no other way to work for me.

The Incendiaries is available for purchase here.