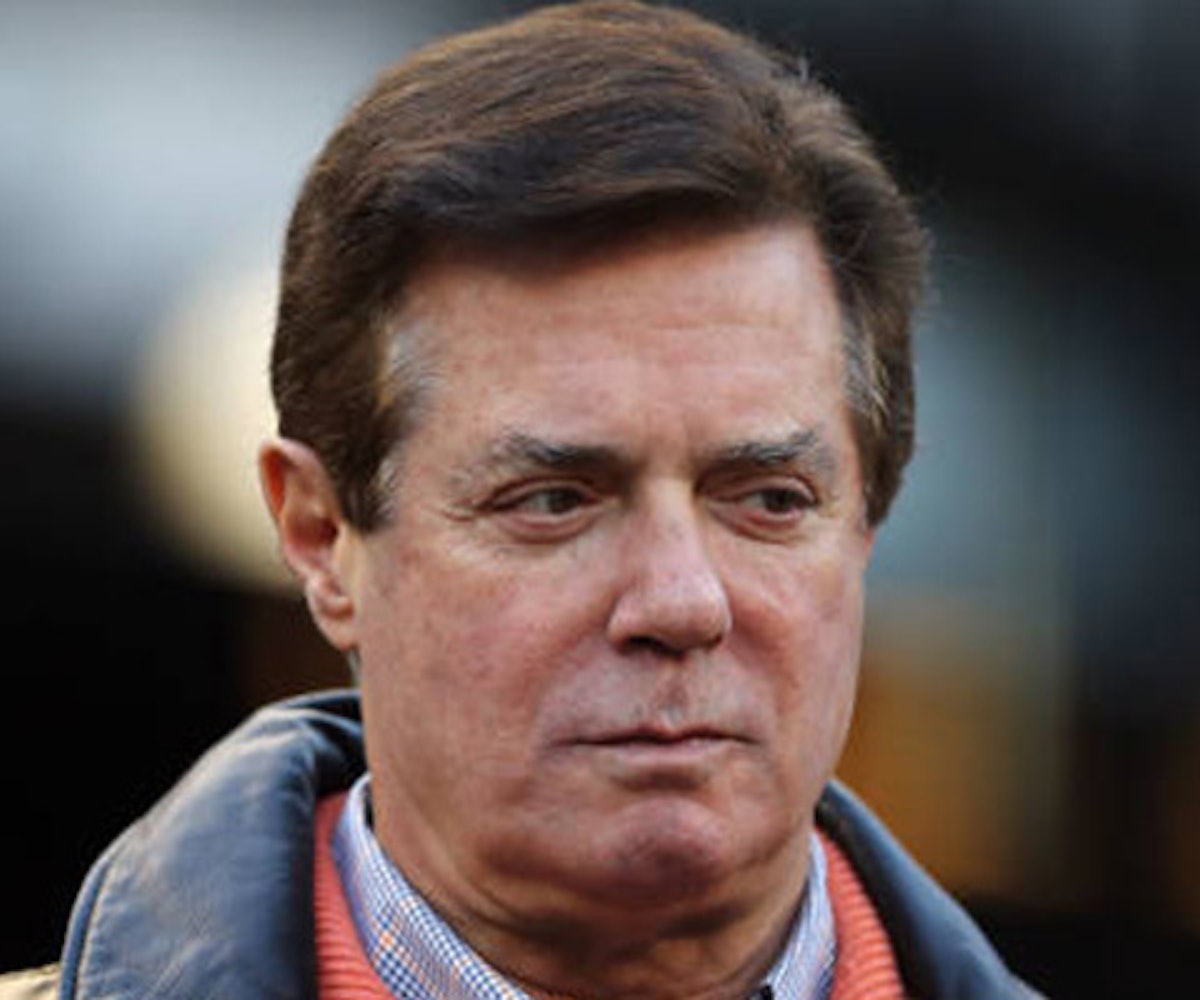 In the first big move by special investigator Robert Mueller, who was brought on in May to lead the FBI's investigation into links between the Russian government and Donald Trump's 2016 presidential campaign, he has charged former Trump campaign chairman Paul Manafort and his former associate Rick Gates with conspiracy against the United States, among other charges. They were told to surrender to authorities on Monday morning, The New York Times reported.

Manafort and Gates, who worked as a deputy on the campaign, have been indicted on 12 counts, according to CNN. In addition to conspiracy against the U.S., they've been charged with conspiracy to launder money, unregistered agent of a foreign principal, false and misleading US Foreign Agents Registration Act (FARA) statements, false statements, and seven counts of failure to file reports of foreign bank and financial accounts.

While the current charges aren't related to the campaign, Mueller could add more counts later. The two men are being processed separately and will appear in court Monday afternoon.

This is the first big move for Mueller and a huge development in his investigation. Since these particular charges deal with Manafort and Gates' business dealings, a White House spokesman told CNN the Trump admin "may not have a response at all," claiming "today has zero to do with the White House."

Manafort's been scrutinized for his work with former Ukrainian President Viktor Yanukovych. He's previously denied any financial wrongdoing in respect to his Ukraine-related payments and offshore tax shelters. Earlier this year, the FBI raided Manafort's home, seizing financial documents related to the case.

These are the first of (hopefully) many indictments to come in Mueller's investigation. In addition to exploring ties between the Kremlin and Trump's campaign, Mueller is also seeking to find out whether Trump's firing of former FBI director James Comey amounts to obstruction of justice.

You wouldn't know any of this, of course, if you only watch Fox News, which spent the morning reporting on a cheeseburger emoji.