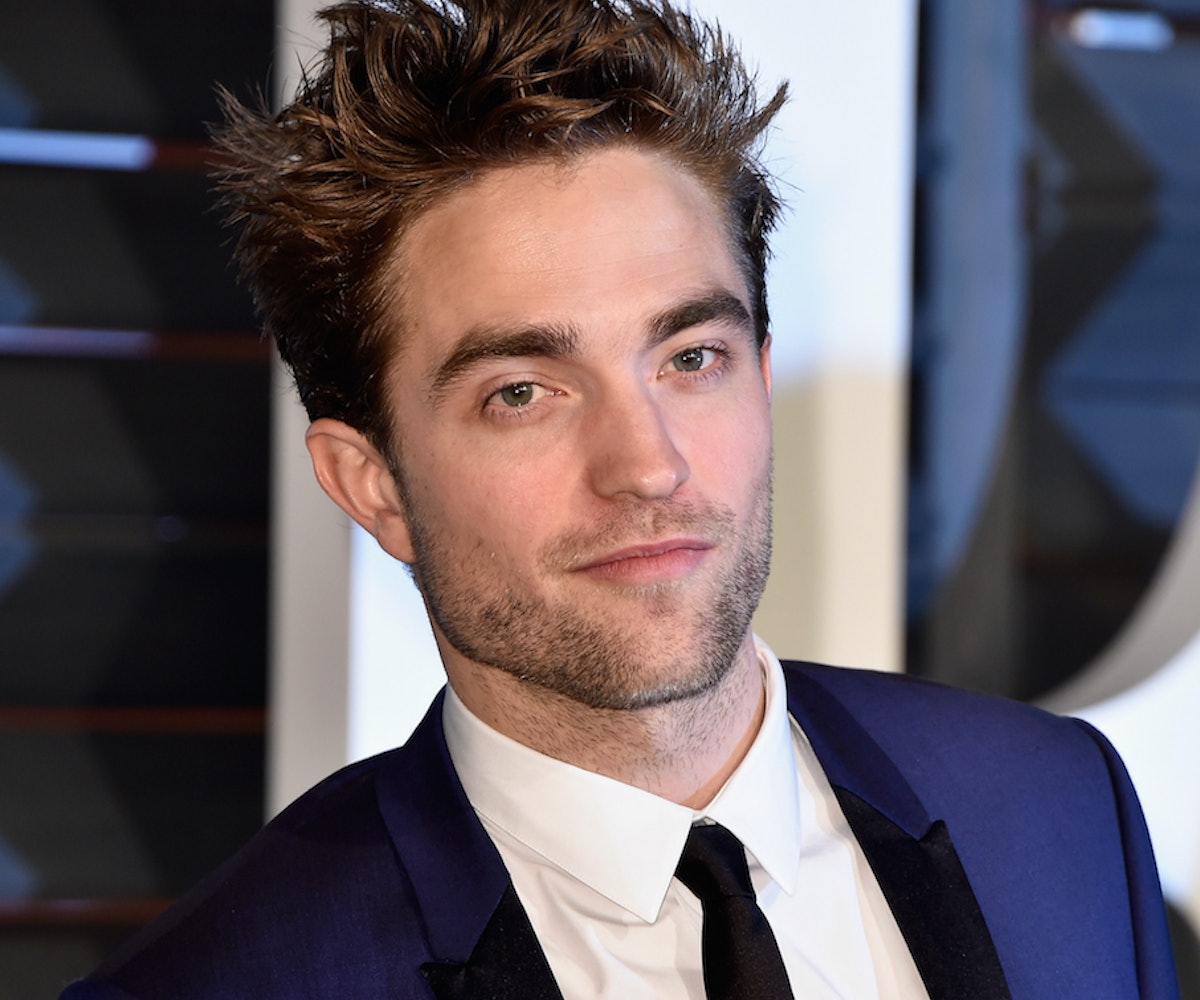 Vampire darling Robert Pattinson is certainly no stranger to high fashion. Indeed, he was recently named as the new face of Dior Homme's ready-to-wear collection, marking the very first time the brand has used a Hollywood star to be the face of the line. He was even shot by Karl Lagerfeld himself for the campaign. Be still, our tiny, Choupette-loving hearts. This might not be as much of a surprise as we all think, however, since it seems fashion has been brewing on Pattinson's mind for quite some time.

In an interview conducted with Numéro, that ran last week, Pattinson let it slip that's he working on clothing... in an answer to a completely unrelated question.

Numéro: Do you ever think about writing or directing?

Pattinson: I've started making clothes. For the last two years, I've been visiting producers and craftsmen. There's already quite a few pieces. I love doing it. My style is influenced by the cities I go to, sourcing fabrics and local skills. In Los Angeles it's really easy to work with denim and do workwear inspired clothes. In England I look more towards wool and knitwear. What I do is pretty multifaceted, clothes for men and for women, things that I make with friends... But I'm not going into too much detail, I don't want to jinx anything...

We totally get being so excited about something you just can't help but talk about it to someone. It seems Pattinson ignored the words "writing" and "directing" and somehow heard "designing" and "fashion." Okay, we'll bite. So from the above, we can gather that he's been on the hunt, working directly with fabric makers and artisans, and has already created a handful of pieces for both men and women. We're a touch taken aback, but maybe he became inspired back in 2013 when Dior initially brought him on board to be the face of their fragrance for men. Whatever the case may be, we're hoping Pattinson's tongue slips again so we can hear more about his conquest of Edwardian fashion (see what we did there)?