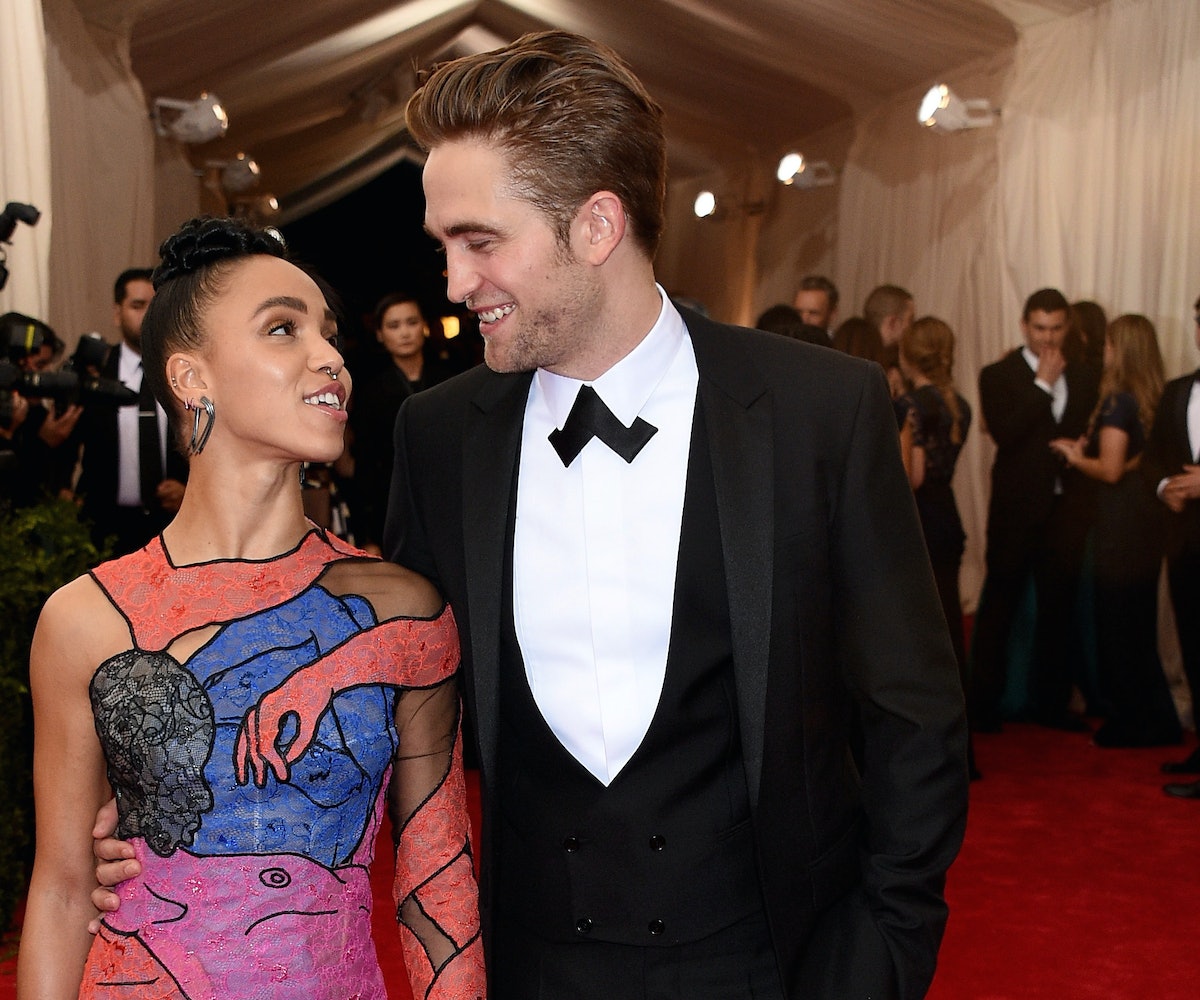 FKA twigs is not only supremely talented and beautiful, she’s proven she’s a grown-ass woman who can take care of her own damn self. Even though she doesn’t need a dude to protect her, it must be wonderful for her to know that her fiancé, Robert Pattinson, totally, perfectly has her back.

Responding to the ongoing flood of online racism directed at the couple (Pattinson just so happens to be white and twigs just so happens to be bi-racial), the star of the upcoming James Dean semi-biopic Life opened up to Brit music pub NME in an interview that was both frank and surprisingly levelheaded, given some of the bile thrown his way.

“I was talking to my dad about this and I bet him that if he looked up Nelson Mandela’s funeral on YouTube, the first comment would be a racist one. And it was, with like a million upvotes. What I don’t get is why. I think it’s because most normal people are not commenters—I’ve never met anyone who’s left a comment on anything. It’s just demons who live in basements. You have this weird thing where you end up trying to fight against this faceless blob, where the more you hate it, the bigger it gets, because it’s all in your head.”

For a guy who doesn’t like to share his feelings with the press, Pattinson gets his thoughts on the matter across sharply. “Demons who live in basements” is pretty much the perfect way to talk about any trolls who might have issues with two seemingly decent, intelligent adults getting together or a funeral honoring one of the most important civil rights leaders of the 20th Century. We don’t get it either, Rob. Truth be told, we don't want to.

Read the full, candid interview over at NME.