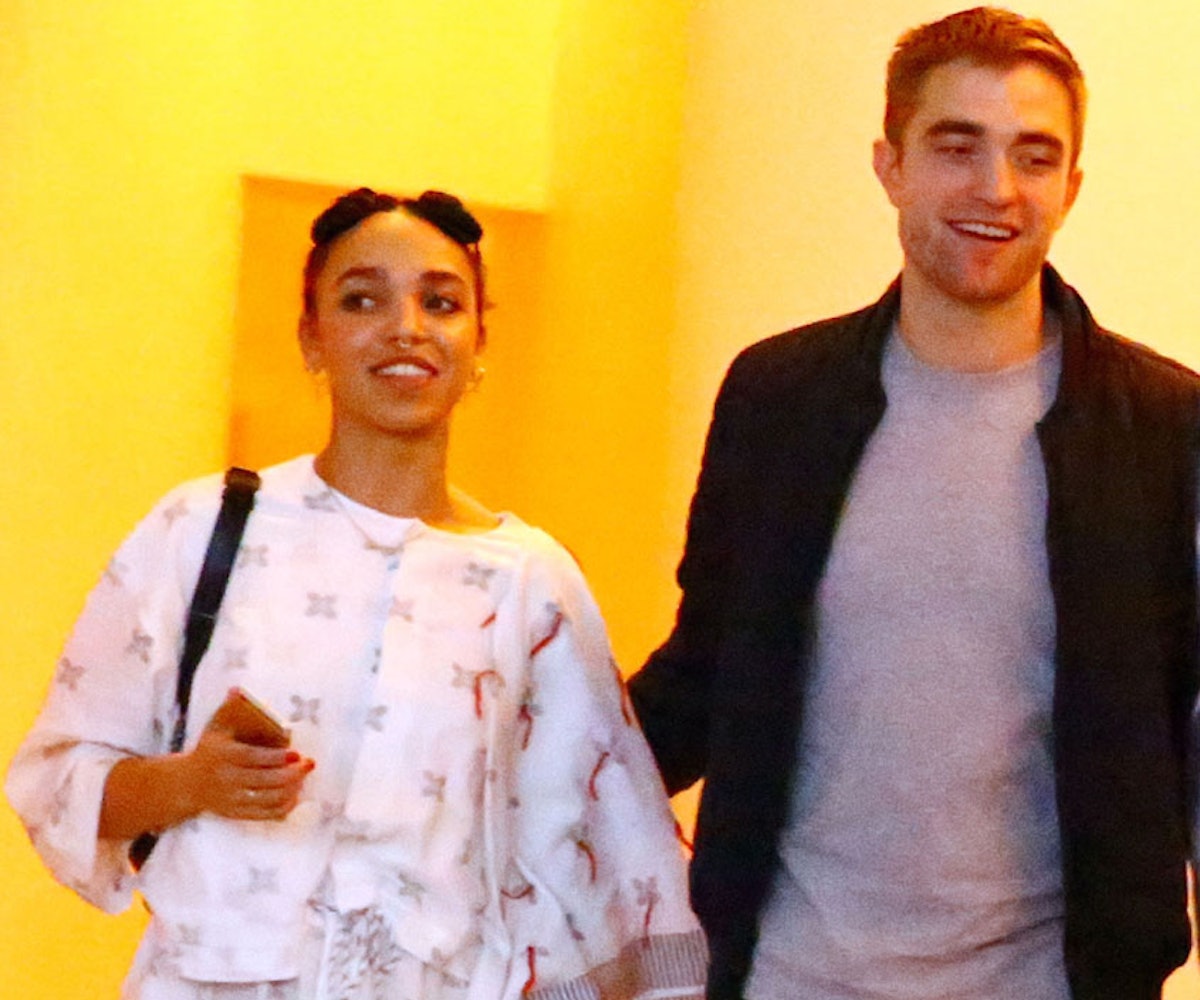 Yes, you read that that correctly. Though the overwhelmingly darling couple has been somewhat hush-hush about their relationship since they were first spotted together in September, news of a promise ring exchange has shown that the relationship between Pattinson, 28, and FKA twigs, 27, is indeed moving from smitten to seminary school sweet. According to a source and friend of the couple that spoke with People, the actor "wants to marry her,” and is “much more happy than before.” The source also added, “They are inseparable when they are together. They live at his house.”

We here at Nylon can imagine that—aside from a more committed relationship—a few more promises were exchanged with the rings. And here they are...

Special occasions include: birthdays, Valentine's Day, anniversaries... you know, that sort of thing.

Twilight was great and all, but as demonstrated countless times, Robert's acting range transcends pouting and leering.

I, Twigs, will assume all control of Robert’s coif

His recent, edgy bowl cut has suggested as much.

I, Robert, will bring ROSES to every one of Twigs' shows

We will out-style every couple ever

Sorry, Britney and Justin. FKA and RPatz take no prisoners.

Congrats, you crazy kids. The world is rooting for you. Seriously.