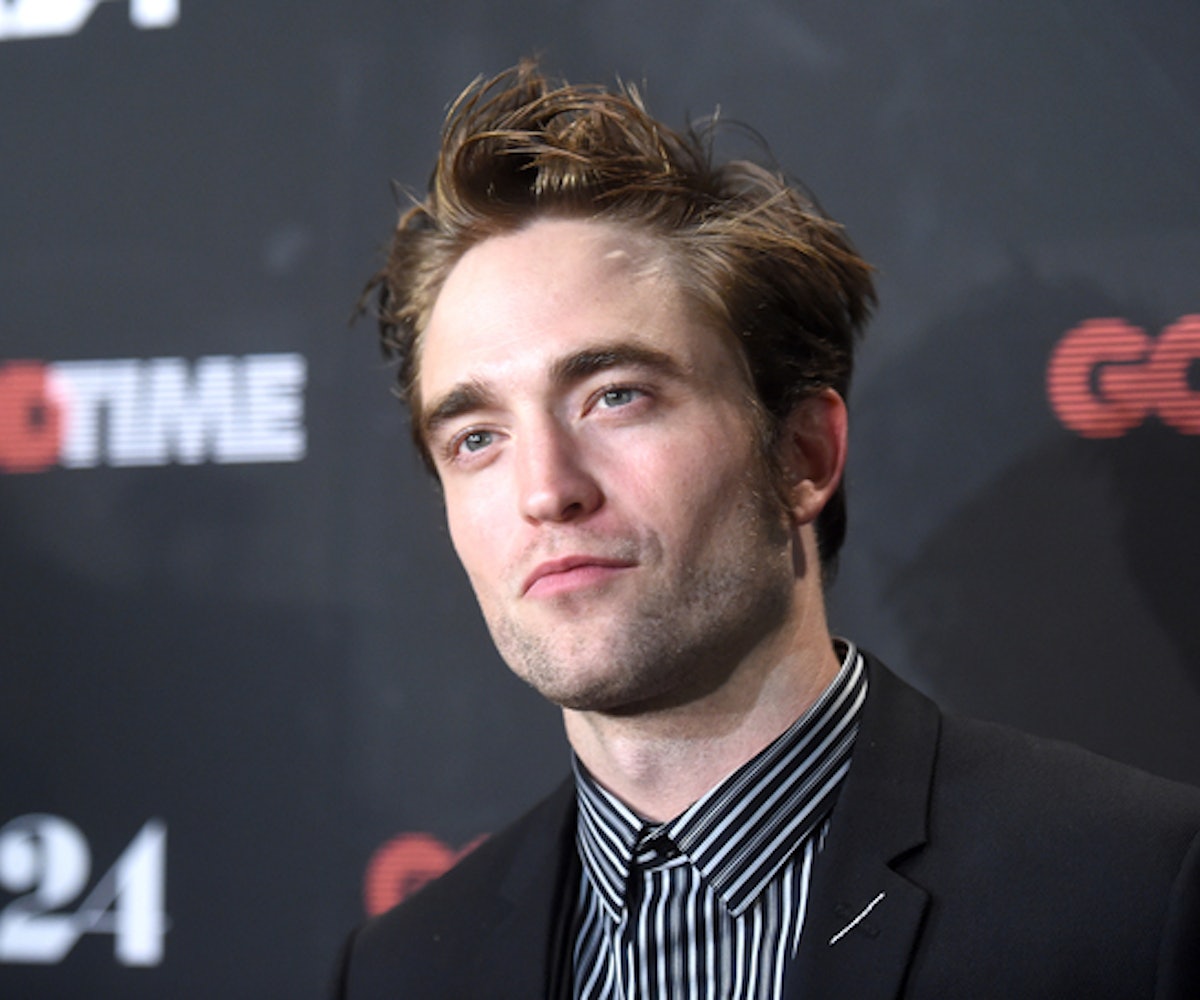 Robert Pattinson graces the latest cover of Wonderland magazine, and it's safe to say, he's fully outgrown Edward Cullen. We knew that Pattinson had been taking careful strides to move past his Twilight associations, and this cover confirms he's no longer tied down by the heartthrob vampire role that initially shot him to stardom.

In what he describes as a self-styled shoot, Pattinson donned a shoulder-length bob and blunt bangs in an eye-catching pastel pink. His face features an array of markings, from dots to tally marks. He's almost unrecognizable, especially without the mussed brown hair or the closely cropped style he's sported in the past—but he definitely looks good.

"I like entering worlds that feel foreign... I loved the idea of highlighting a subculture and magnifying it until it seems almost unrecognizable," Pattinson told Wonderland in a quote featured in the magazine's Instagram post.

Other shots from the feature further support his claim—the shoot experiments with various looks and aesthetics, all going beyond the classic, clean-cut persona of a heartthrob actor. It's clear that Pattinson is pushing boundaries and exploring more complex identities, something we already can gauge from his recent movie roles.

And while we love the vampire that we once knew him to be, we love seeing Pattinson take on new aesthetics and experiment with where he can push boundaries. After all, isn't that what makes a truly brilliant actor?