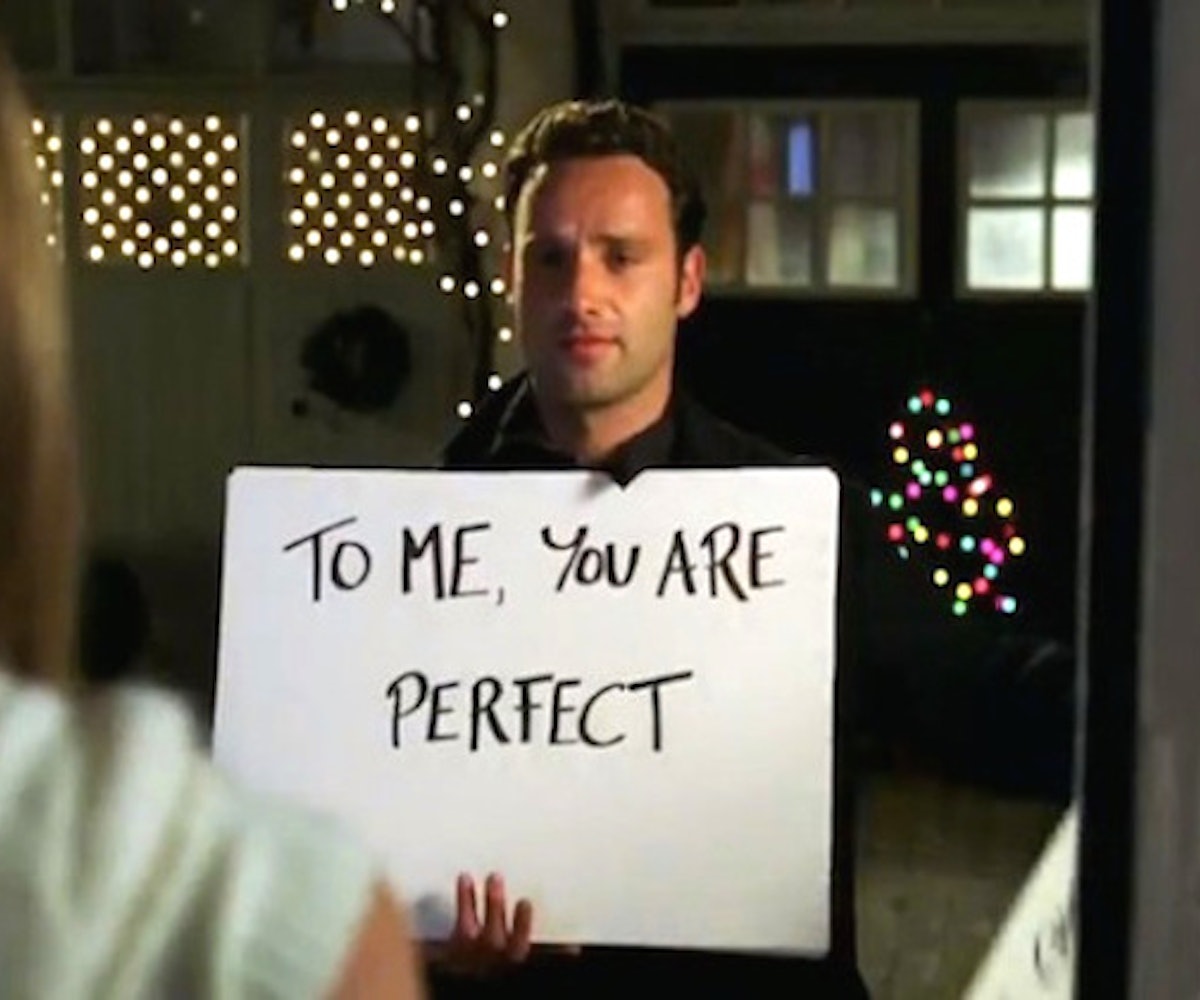 Oh, dear. Oh, dear, dear, dear. According to a new study, all those guilty-pleasure rom-com movies you like to pair with popcorn and umpteen glasses of red wine may be making your life a bit creepier, if not actually subjecting you to direct peril.

“I Did It Because I Never Stopped Loving You,” a study by University of Michigan researchers, suggests that watching, say, Love Actually and other heartstring-pullers may be lowering your defenses against stalking behavior. The theory goes that the more you watch, the more you’re liable to interpret otherwise unacceptable actions by those attracted to you as positive or even heroically romantic.

Researchers had subjects watch a slate of films including There’s Something About Mary and then asked them to answer a series of questions about aggressive male behavior. The findings, again according to the authors, were that women bought into what the researchers called the “Stalker Myth”—the narrative that male attraction can and will conquer all obstacles, including the disinterest of their female object of desire.

One of the authors told the media that such movies, “can encourage women to discount their instincts. This is a problem because research shows that instincts can serve as powerful cues to help keep us safe.” Indeed. Also, they note, “At their core, all these films are trading in the ‘love conquers all’ myth…Even though, of course, it doesn’t. Love is great, but so is respect for other people.”

Interestingly, women proved to be more protective of themselves and on-guard against aggressive behavior after watching movies with somewhat converse messaging such as Sleeping With the Enemy, Enough, and—get ready for it—March of The Penguins.

Now, the findings aren’t particularly earth-shattering in retrospect. As well, one should take all such studies with a grain of salt (the factors that could lead to such psychologically-based results are many and complicated). As they say, correlation is not always causation. Nonetheless, it’s an eye opener and really does confirm a lot of our nagging feelings about that scene where Andrew Lincoln confesses his love to Kiera Knightly with cue cards in Love Actually. That was some straight-up creepin' right there.

For more, read the report for yourself right here.