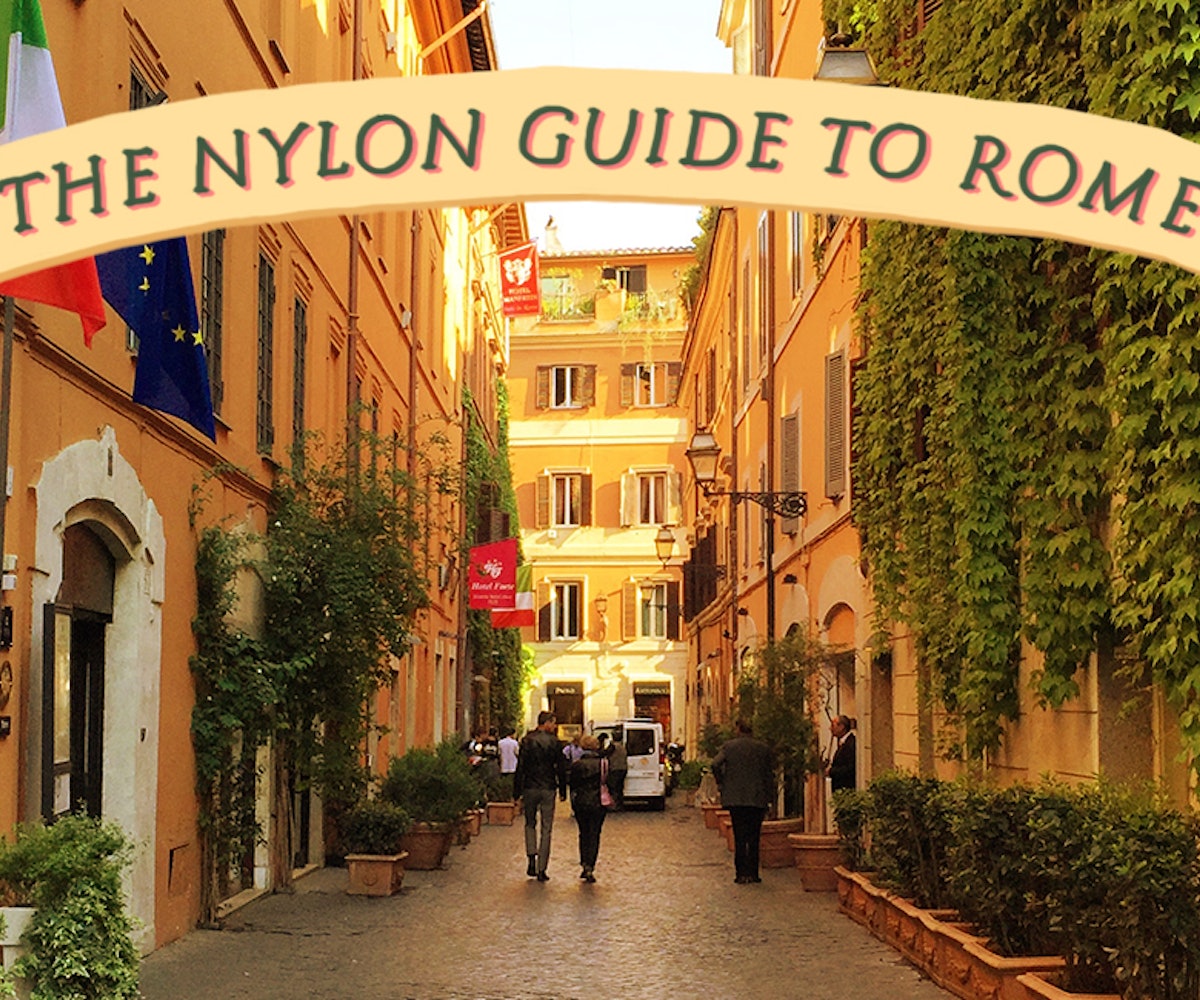 On my most recent trip to Rome, I made the mistake of asking my taxi driver how his day was going. “Shitty,” he replied, grumbling about how the streets were clogged with traffic, buildings were crumbling, the city was mired in debt, and the government didn’t give a damn. Everything was better 20 years ago, he whined. Romans will often lament the city’s decline, as if they’re once again on the cusp of the fall of their Empire.

But looking around, the city didn’t seem that much different than when I lived there seven years ago. In fact, to an outsider, Rome looks pretty damn spectacular. The so-called crumbling buildings with their sun-faded, ivy-covered façades ooze character. Sure, the traffic is a pain, but drive a Vespa (or hop on the back of one), and you can weave around the cars. If anything, the city has become more international—one of the trendiest spots in town is an upscale Japanese restaurant! The ubiquitous white subway tiled bistro style is catching on. And the much-beleaguered Metro line C is finally (mostly) up and running.

Perhaps now, more than ever, a guide to Rome will come in handy, whether you’re going for the first time or the 10th. Because things change—old favorites shut down or lose their luster, new places pop up, and tried-and-true classics are worth rediscovering. So here are some of my favorite places to eat, drink, shop, see, and sleep at.

G-Rough: Design lovers will geek out over this pint-sized hotel smack-dab in the historic center. The vibe is rough-luxe, with mid-century modern furniture (Sputnik chandeliers, Smeg refrigerators) juxtaposed with the historic building’s raw, aged plaster. There aren’t a lot of amenities or common space, except a sleek street-facing bar and a small breakfast room, but it’s a worthwhile trade-off if you’re planning to spend most of your time out and about.

Generator Hostel: Most of Rome’s budget accommodations are less than appealing, but this new hostel by the Generator brand—which seems to be taking over Europe—is the exception. The design is fun and eclectic, with a mix of colors and patterns. A bed in a shared room costs 15 Euros, or you can get a private room for just 40 Euros.

Pizzeria ai Marmi, 53 Viale di Trastevere: Technically this place has another name, but everyone calls it Ai Marmi because the tables are slabs of marble. And though that may seem fancy, this is a decidedly no-frills spot. Stepping inside, you feel like you’re teleporting back in time to the ‘50s, but this isn’t a vintage-inspired recreation. It just hasn’t changed in about 50 years. There’s always a line, but it moves pretty fast. All they serve is thin-crust Roman-style pizza and antipasti (get the fritti, or fried starters). Don’t forget the beer.

Giulietta: First of all, Cristina Bowerman is Rome’s only female Michelin-starred chef. Second, she has pink spiky hair. Third, she’s not afraid to think outside the box, putting blueberries on a pizza with anchovies and pine nuts. Technically, Giulietta doesn’t have a Michelin star (her Trastevere sister restaurant, Glass, does), but it showcases what Bowerman’s all about. She recently took over a massive abandoned warehouse in Testaccio, putting trattoria Romeo Chef & Baker next door to Giulietta. You can’t go wrong with either one.

Gelateria al Teatro: Sure, you can wander into a random gelateria and get decent—even good—gelato, but this spot on a lovely cobblestoned street is worth seeking out for flavors like raspberry-sage and white chocolate-basil. Plus, you can watch through the window as they carve hunks off a giant slab of chocolate and see the fresh fruit they’re using.

Freni e Frizioni: In hip Trastevere, this chill bar, located in a former auto body shop on busy Piazza Trilussa, is tried and true. It’s got the kind of industrial-chic vibe you’d find in Brooklyn, New York, and a crowd to match. The cocktails are solid (if not outstanding), and during aperitivo, there’s a full buffet of salads, rice, veggies, and bread, so you can essentially have a meal for the price of a drink. When it’s warm out (which it is for most of the year), people hang at the tables outside the bar or on the ledge overlooking the stairs that lead down to the piazza.

Necci dal 1924: If Trastevere is like Rome’s version of Williamsburg, then Pigneto is its Bushwick, and Necci is the must-visit spot in the ‘hood. Unlike most of Pigneto’s bars and restaurants, it’s a stalwart that’s been around since 1924, before this working-class neighborhood was made famous by Pier Paolo Pasolini, who grew up here and set his movie Accattone in its streets. Necci’s owners have become hip to its cult following, plastering Pasolini’s image on the walls, but the crowd that hangs at the outdoor tables is chill and you can drink Gassosa soda served in a glass bottle with a vintage label.

What to Do and Where to Shop

Centrale Montemartini: In the aforementioned Ostiense, a former power plant-turned-museum houses marble busts and mosaics that form part of the Musei Capitolini’s collection. And though you can ogle Ancient Roman art all over the city, there’s something special about seeing them placed amid old turbines and industrial relics.

MAXXI: Rome isn’t all about ancient history, and this contemporary art museum proves it. The futuristic building was designed by Zaha Hadid and shows exhibitions like Carlo Scarpa and Japan. If the programming doesn’t look great, see what’s happening at MACRO, the city’s other modern and contemporary art institution with two locations, both in reclaimed buildings.

Go to Church: Religion aside, it’s silly to come to Rome and not visit any churches—masterpieces of Renaissance and Baroque art are tucked away inside them. One of my favorites is San Luigi dei Francesi near the Pantheon, which houses two incredible Caravaggios. The Basilica di San Clemente (aka the lasagna church) lets you peel back the layers of history, as you descend deeper into the ground and farther back in the past. And if you’ve got a morbid sense of curiosity, you’ll be fascinated by the Capuchin Crypt, where the bones of monks were used to create intricate patterns in the interiors.

Ortigia: This little jewel box of a shop near Piazza del Popolo sells the most deliciously scented bath products, lotions, and candles by the Sicilian company Ortigia, which is all-but-impossible to find in the U.S. Scents like fig and cactus pear will trigger memories of sunny days on the Mediterranean. Plus, the packaging is oh so pretty—and perfect for gifts.

NEXT UP
Ask A Witch
Ask A Witch: How To Survive The Holidays With Hoodoo Magic
Culture
Not One, But Two BTS Documentaries Are Coming
Culture
NYLON Party Report Card: Partying With The Stars & 94 Foot Long Whale At The Natural History Museum Gala
Culture
10 Luxurious Gifts For Your Bougiest Friend