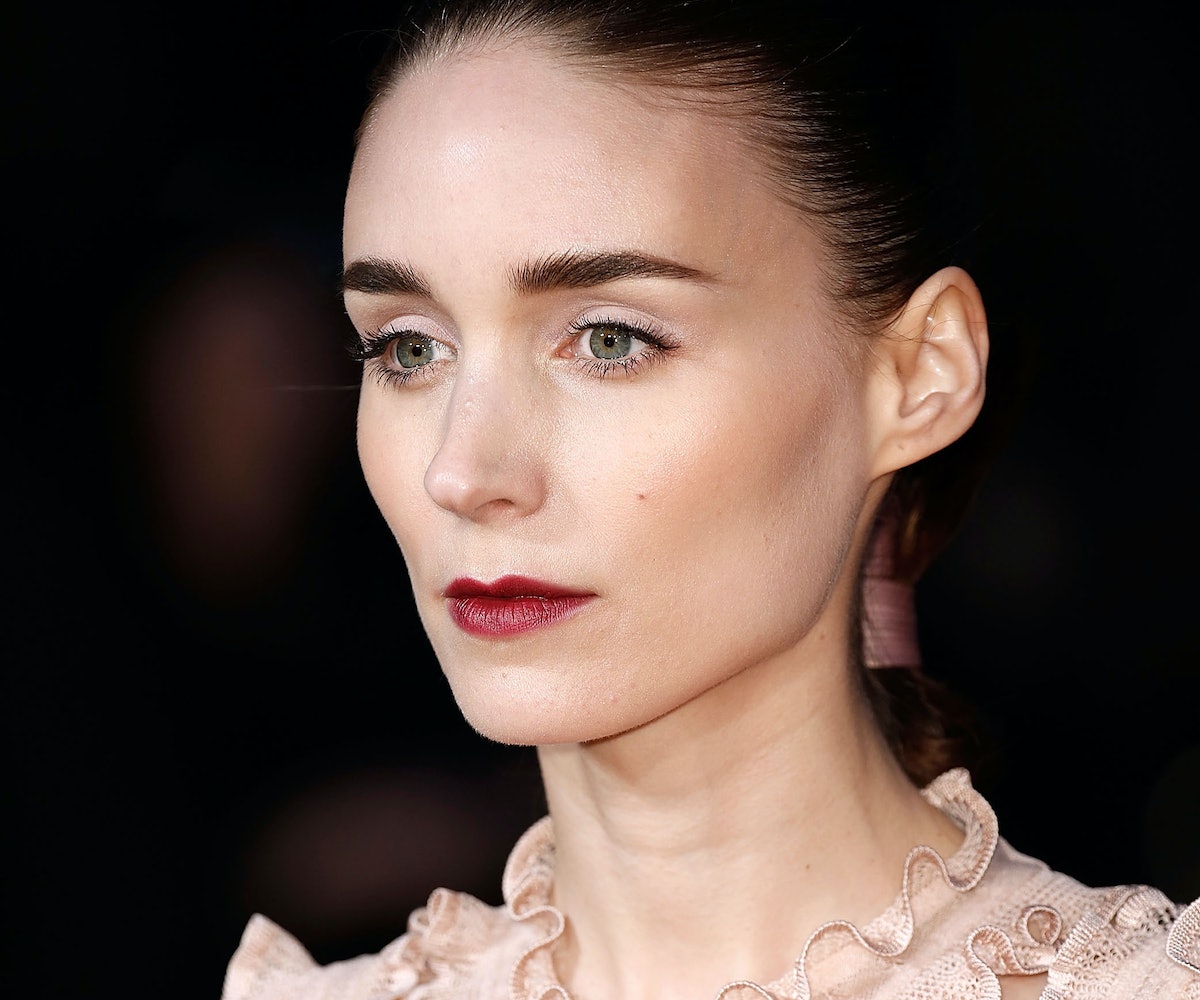 Last night, Rooney Mara stunted everyone at the BFI London Film Festival for the premiere of her new film, Carol.

No, it wasn't because she wore a ruffled Alexander McQueen dress straight from the Paris Fashion Week runway under and a camel overcoat. It wasn't even her minimalist makeup palette or her crimson-colored lips that made her stand out among the other attendees. All eyes were on the back of Rooney's head, staring at her slicked-back locks twisted into a sleek ponytail that was intertwined with a baby-pink rope.

Rooney has always been recognized for her edgy fashion statements, but this look ensures that she's the ultimate trend-setter.