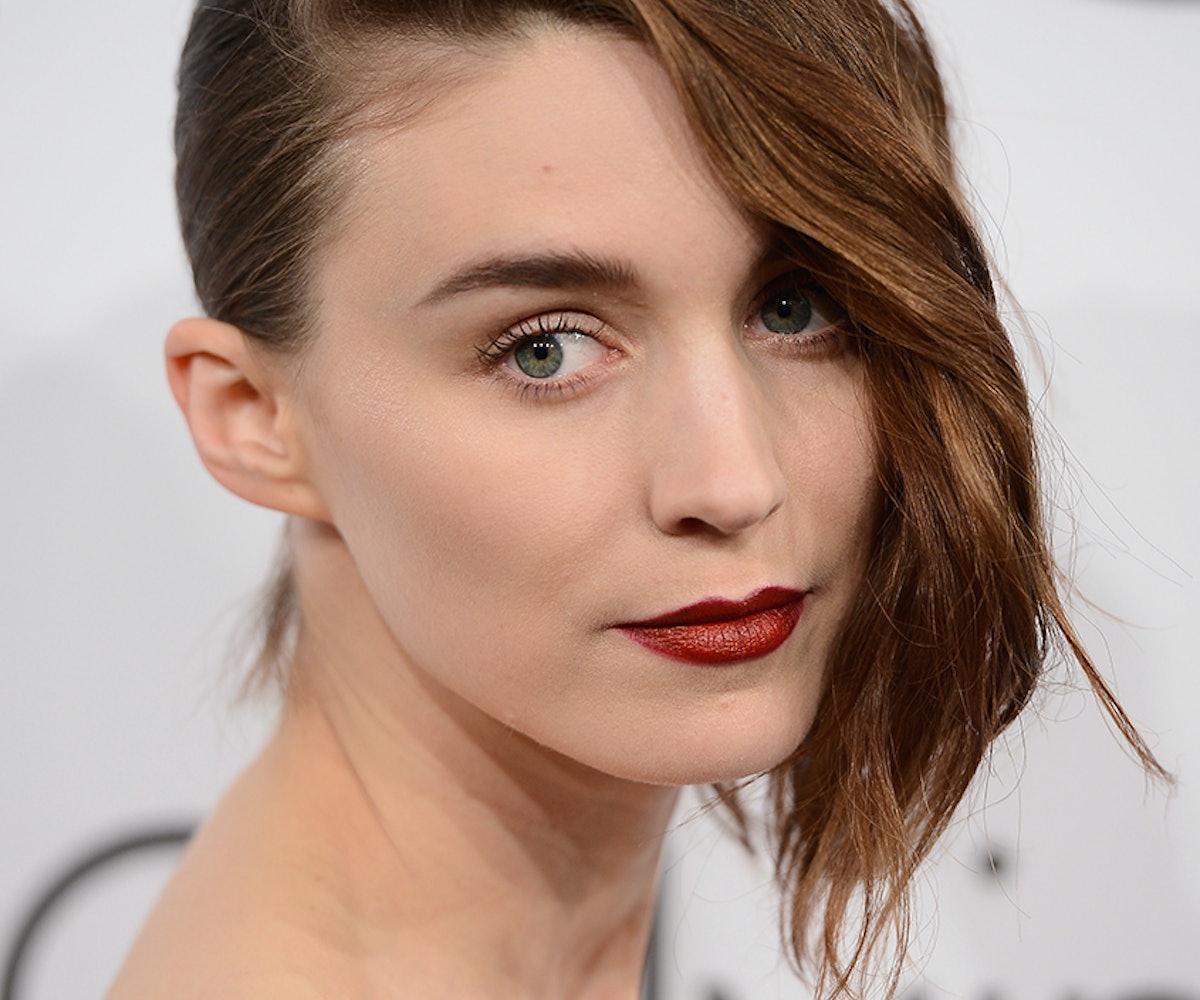 The words "side part comb over" might have bad connotations in your mind, but if both Rooney Mara and Jennifer Lawrence are trying out the style this spring, you're going to have to change your preconceptions.

Lawrence tested the waters first at the premiere of X-Men: Days of Future Past. Her growing-out pixie cut was brushed over her right ear, with no hair down on the opposite side--it had a very sleek, sort of Linda Evangelista-in-the-'90s vibe to it that paired perfectly with her Jason Wu dress. Less than a week later, Mara tested out a similar 'do at Cannes. Half of her hair was swooped over her left ear and left slightly wavy, while the rest was tied back at the nape of her neck. We think it's pretty safe to say that the side sweep is the style to try this spring, and here's how we're doing it.

PART IT: Use a Mason Pearson comb to part hair deeply over one eye.

GATHER IT: If you have short hair, use bobby pins and Kerastase Gloss Appeal to securely tuck your hair behind you opposite ear. For long hair grab a bungee hair tie from Ricky's and do a low ponytail at the nape of your neck.