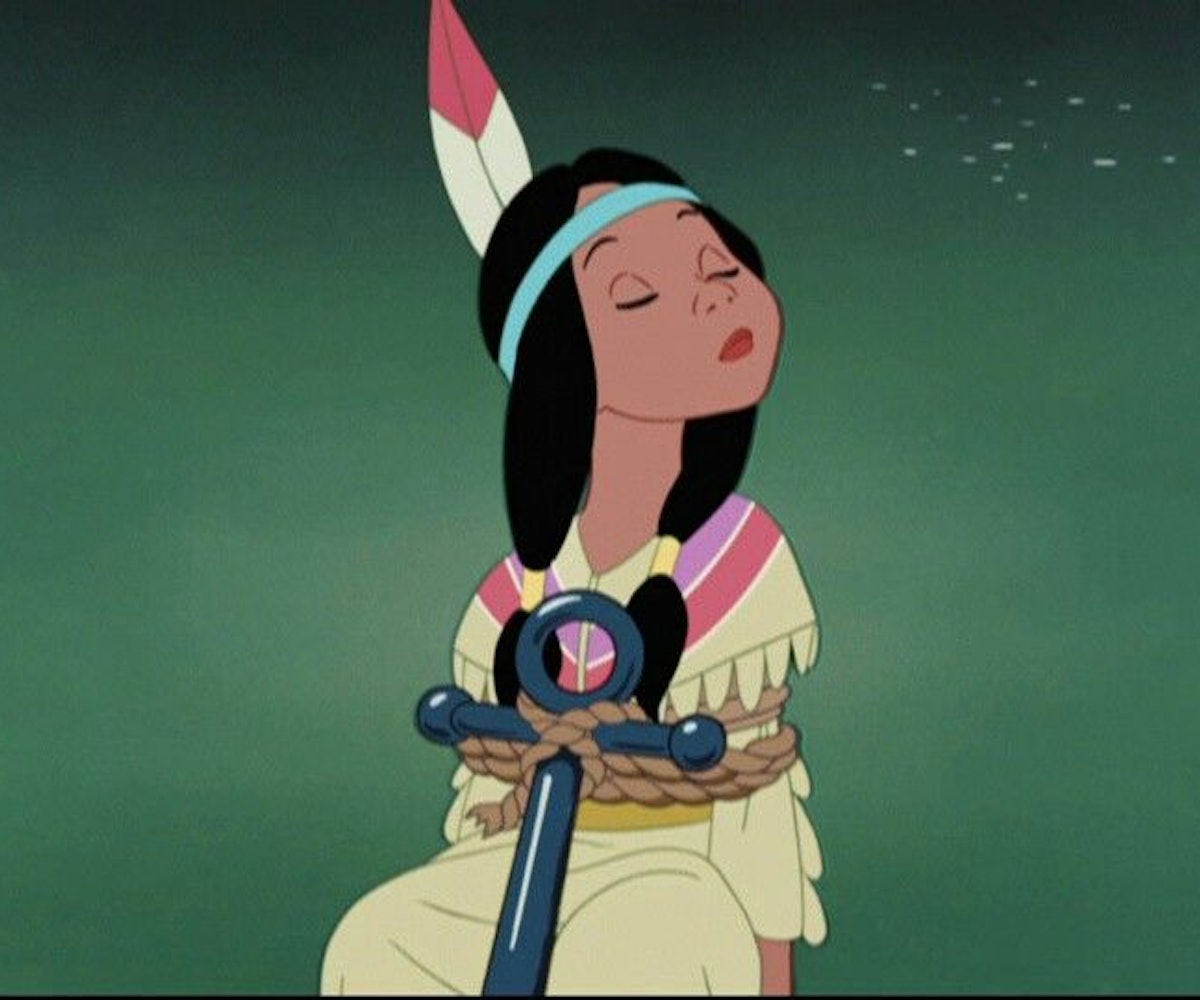 There was a point in time where you couldn't go a day without seeing something related to Rooney Mara. Ever since emerging onto the mainstream acting scene in 2010's The Social Network, Mara has made us flinch in The Girl with the Dragon Tattoo (you know what scene we're talking about), cry in Ain't Them Bodies Saints, question reality in Side Effects, and search for ways to replicate her red carpet beauty looks. But as of late, it seems like the actress has retreated from the public eye. And we've been feeling some major separation anxiety.

Luckily, the movie posters for Warner Brothers' Pan remake were just released. Although we're not usually proponents of sticking to traditional casting roles, we are scratching our heads a bit at the decision to cast Mara as Native American princess Tiger Lily. And we're not the only ones. Back in March, fans of the film launched a petition titled "Warner Bros: Stop Casting White Actors to Play People of Color!" to reverse the casting decision, stating: "This casting choice is particularly shameful for a children's movie. Telling children their role models must all be white is unacceptable." And although the document does acknowledge a Variety article that states, "The world being created is multi-racial/international – and a very different character than previously imagined," something it doesn't acknowledge is the original film adaptation, 1953's Peter Pan, uses an exaggerated stereotype of Native American culture (see: "What Makes the Red Man Red").

We guess we'll have to wait until Summer 2015 to see how director Joe Wright and the cast rework the classic. Until then, let us know what you think about this casting decision.