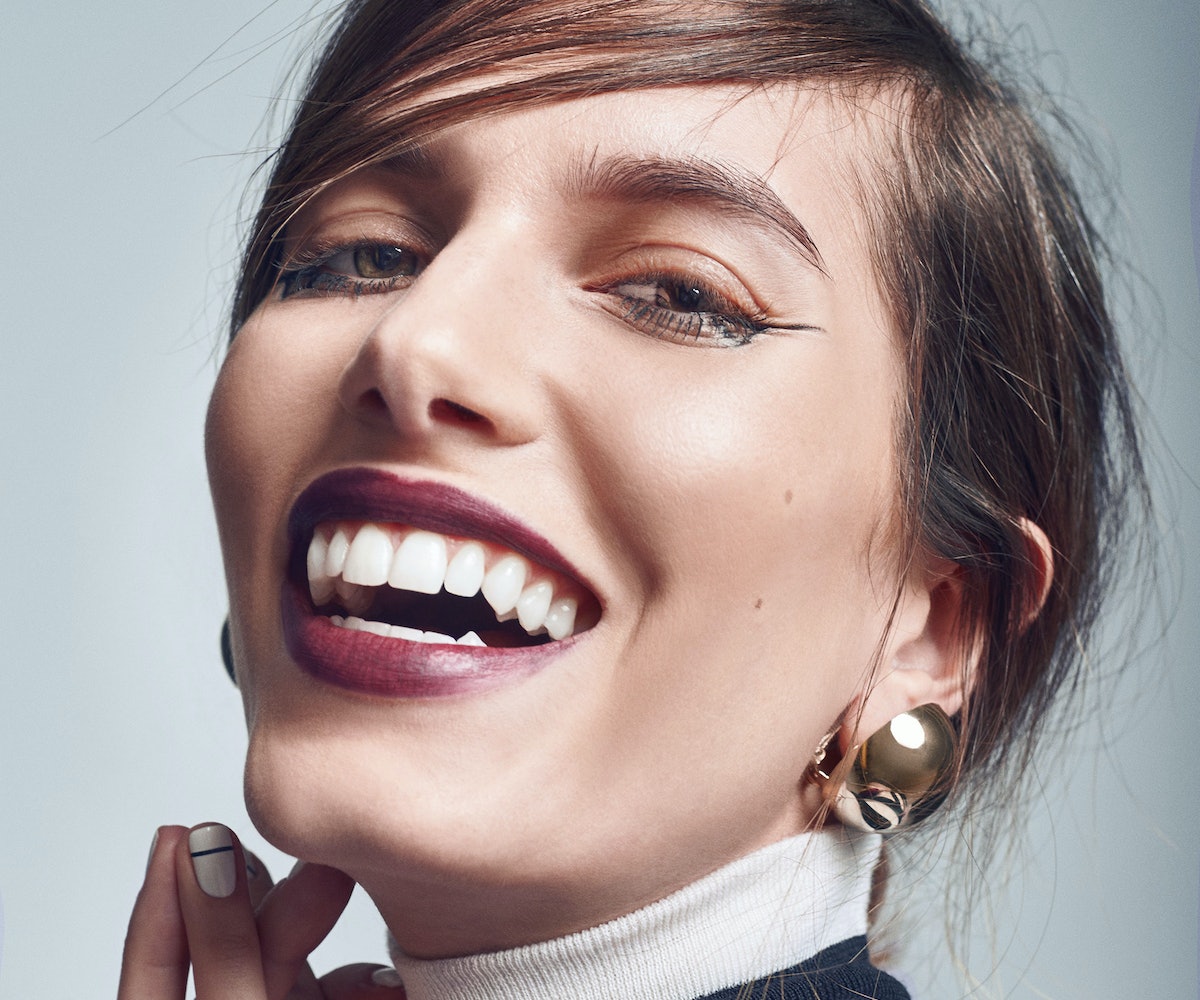 Rose Gilroy is one to watch.

The recent L.A. transplant may have just begun her career in modeling—signing with Elite this past summer—but take one look at her, and it’s clear that she has quite a future ahead of her. The daughter of model-turned-actress Rene Russo and director Dan Gilroy, she comes from a legendary family full of actors, directors, and screenwriters. Naturally, a creative career is in her blood.

That said, it’s no wonder that luxury label Salvatore Ferragamo would tap the 23-year-old to be the face of their U.S. online ready-to-wear launch. Before last month, only accessories were available online worldwide, and by expanding their e-commerce game into clothing, they’ve tapped an entirely new—and youthful—market.

The label now appeals to the contemporary woman more than ever. The hodgepodge of bold, mod prints, vibrant colors, and quirky jewelry seen in their Fall/Winter offering add a fresh and vivacious take on the timeless brand. “The collection is fun, but also elegant—having it available on a more widespread scale is a no-brainer,” Gilroy says.

"The Ferragamo girl isn’t just one thing, she’s diverse—I think that she’s a woman with a cause,” Gilroy continues. “I think that much like the brand, she’s a modern woman. Even with their rich history, Ferragamo is a brand that’s evolving to move with the changing times while remaining true to what they stand for—and I think that’s who their girl is. Someone with a strong sense of self and a strong identity—she’s smart.”

Gilroy’s definition of the Ferragamo girl is exactly who she, herself, embodies. She exudes that exact sense of self and identity—something she tells me she learned from her mother. “When you’re feeling confident and have this strong sense of self, you’ll always feel more beautiful and look more beautiful to others,” she says.

Unlike what may be thought of the other rising (or rather, risen) models of today that also come from prominent families, Gilroy certainly doesn’t expect anything to be handed to her. “Nothing happens without pounding the pavement and being as hard of a worker as you can,” she says. “I do look to the future, and I’m not sure yet what I want to do, but I don’t want to close any doors.”

You could say Gilroy and Ferragamo are the perfect match—we see them both having bright futures, despite the ever-changing times of this ever-changing industry.

You can shop the Fall/Winter ready-to-wear collection now at ShopTheLook.Ferragamo.com.