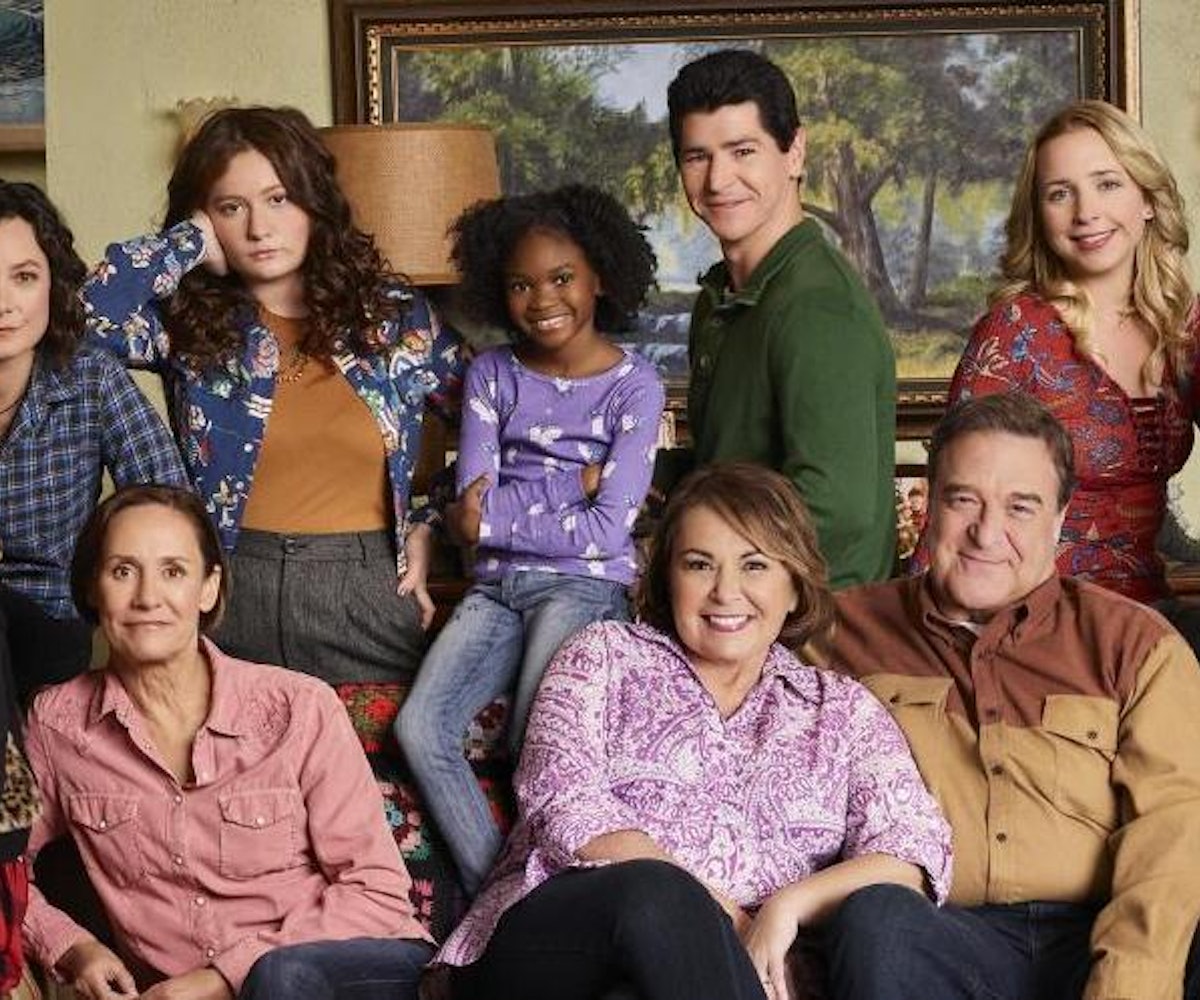 ABC has just ordered 10 episodes of The Conners—a Roseanne spin-off which Roseanne Barr will have no involvement in.

The move comes in the wake of the reboot's cancellation, which was spurred by Barr's racist tweet about former Obama aide, Valerie Jarrett. And while ABC's decision to ax the show was widely applauded, some voiced concern for the cast and crew who lost their jobs thanks to Barr's actions.

In a statement issued by Barr, she expressed her regret for costing many their jobs, saying, "I regret the circumstances that have caused me to be removed from Roseanne. I agreed to the settlement in order that 200 jobs of beloved cast and crew could be saved, and I wish the best for everyone involved.”

The Hollywood Reporter has confirmed that the rest of the Roseanne reboot's cast will be reprising their characters. That said, it's unclear how the show's plot will address Barr's absence. Maybe, as one Twitter user suggested, Roseanne will be "in jail for illegally selling Tiki Torches."

The Conners is set to premiere this fall. It will air during the same Tuesday 8pm timeslot Roseanne occupied.