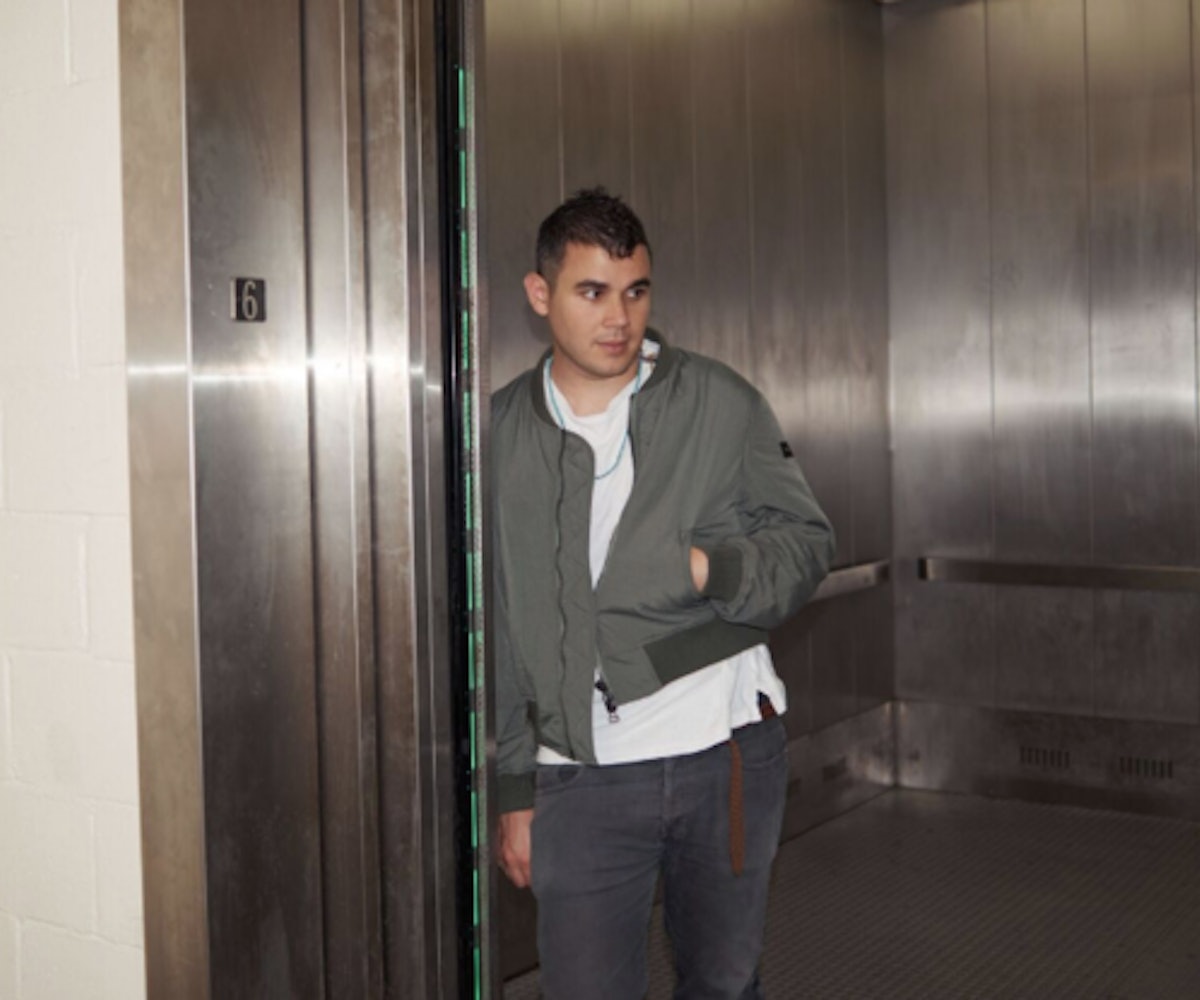 On a stormy day in early August, the musician and producer Rostam Batmanglij is sipping a Diet Coke on the (covered) patio at the East Village Standard, watching rain-splattered cars and pedestrians zip by. Batmanglij, who lived in New York for over a decade, now resides in Los Angeles. He got in late last night and has the sleepy smile of someone whose body is in one time zone and mind in another.

This place’s strange charms are not lost on him, though: It’s evident from his debut album, Half-Light, out Friday on Nonesuch, that New York has a way of getting under your skin. In it, New York creeps in, from faces pressed against glass on 11th Avenue and feeling his “head between his knees” on 14th Street. “New York had a big influence on me becoming a person,” he says. “Becoming... I hate to say the word "adult," but maybe that is the right word,” he says.

A significant chunk of those days becoming an adult in New York City involved singing gorgeous vocal melodies and producing for the reigning indie rock stalwarts of the early 2010s, Vampire Weekend. Batmanglij left the band in 2016, and since then has been producing smash songs on the likes of Solange’s A Seat At the Table, Carly Rae Jepsen’s Emotion, Frank Ocean’s Blonde, and Haim’s Something to Tell You. Being a producer often involves being a facilitator in the studio. But when it came to making his own work, a different part of his brain emerged. “I think over the course of making this record, a lot of my thoughts about songwriting crept from the back of my mind to the front of my mind,” he says. “I became more aware of what I liked in songwriting and what I wanted to do in songwriting.”

A self-proclaimed studio junkie, Batmanglij had been kicking around parts of some of the songs on Half-Light since as early as 2006. Some of them have been released in the past, too, like “Wood,” a song that he wrote on a lark, in 2011, as a sort of personal challenge. “I stayed up all night, and I was like, ‘You’re going to finish this song, and you’re going to put it on SoundCloud in the morning.’ And I did it. I just stayed up all night, I was tweaking the mix until the very last minute, then I posted it on SoundCloud that morning.” It’s not always how he makes music, though he says he “needed” to do that. “What I also kind of learned from that experience was: There is something to be said for taking the time, doing it right, letting people hear the record who are going to write about it, giving them the time to listen to it before it’s out there in the world,” he says. “There’s another side of me that wants to release music, you know, stay up all night and put out a song. And maybe I’ll always do that.”

Though it seems like he’s operating with disparate working styles, it’s that careful alchemy that makes Half-Light such a sumptuous and surprising album. These songs are living, breathing stories that also morph and shape-shift, especially upon repeated listens. Through that, they often uncover crucial questions about identity. “With a lot of songs on this album, specifically 'Bike Dream,' I wanted the lyrics to act as a sort of Trojan horse, where if you wanted to interpret the song from a queer perspective you could,” he recently told Out magazine. “There’s a lyric in the chorus, ‘Two boys: one to love you sweetly, one does so discreetly.’ What I loved when I wrote that was that it felt like you could interpret it as actually being about one person who’s being asked to be two different people. I think that’s something we as queer people, Middle Eastern people, and children of immigrants in America have experienced a lot.”

To listen to Half-Light is to also be privy to the inner workings of a mind seriously adept at documenting intimate, wondrous observations that crop up in unlikely moments. On the twinkling “Wood,” Batmanglij lackadaisically observes: “Sunlight on your eyelids/ You were sleeping.” And the breathless “Bike Dream” opens with the sensation of that first moment in the morning of suddenly rising and feeling alive: “You wake up late/ You feel your heart begin to work.” His voice intermingles with strings on “Gwan,” and he has an epiphany: “And then I see ya/ The light falls through the room/ And all of it don’t seem so hard.”

What burns brightest about Half-Light is its exploration of dualities, particularly ones experienced during those curious moments when the day is turning. Specifically, after staying up all night and becoming cognizant of the morning light streaming in through the windows. Or, in that moment right before nightfall. It’s a particular sensation that became especially clear to Batmanglij during his last three years of living in an apartment in Dumbo, that had light streaming in and a clear view of the Brooklyn Bridge. “What’s that feeling, if you happen to be up at sunrise, that you can experience of knowing that you’re going to get the maximum hours of daylight that any person can get? Like, what are you going to do with those hours? What are you going to accomplish? What’s on your calendar for the day?” he wonders aloud. “And then to me, there’s something sad about the sunset, if you haven’t done any of the things you wanted to get done. But there’s also something exciting about entering night. It can be the beginning of something fun.” He pauses, then a smile grows across his face as he offers up another possibility: “A fun night!”