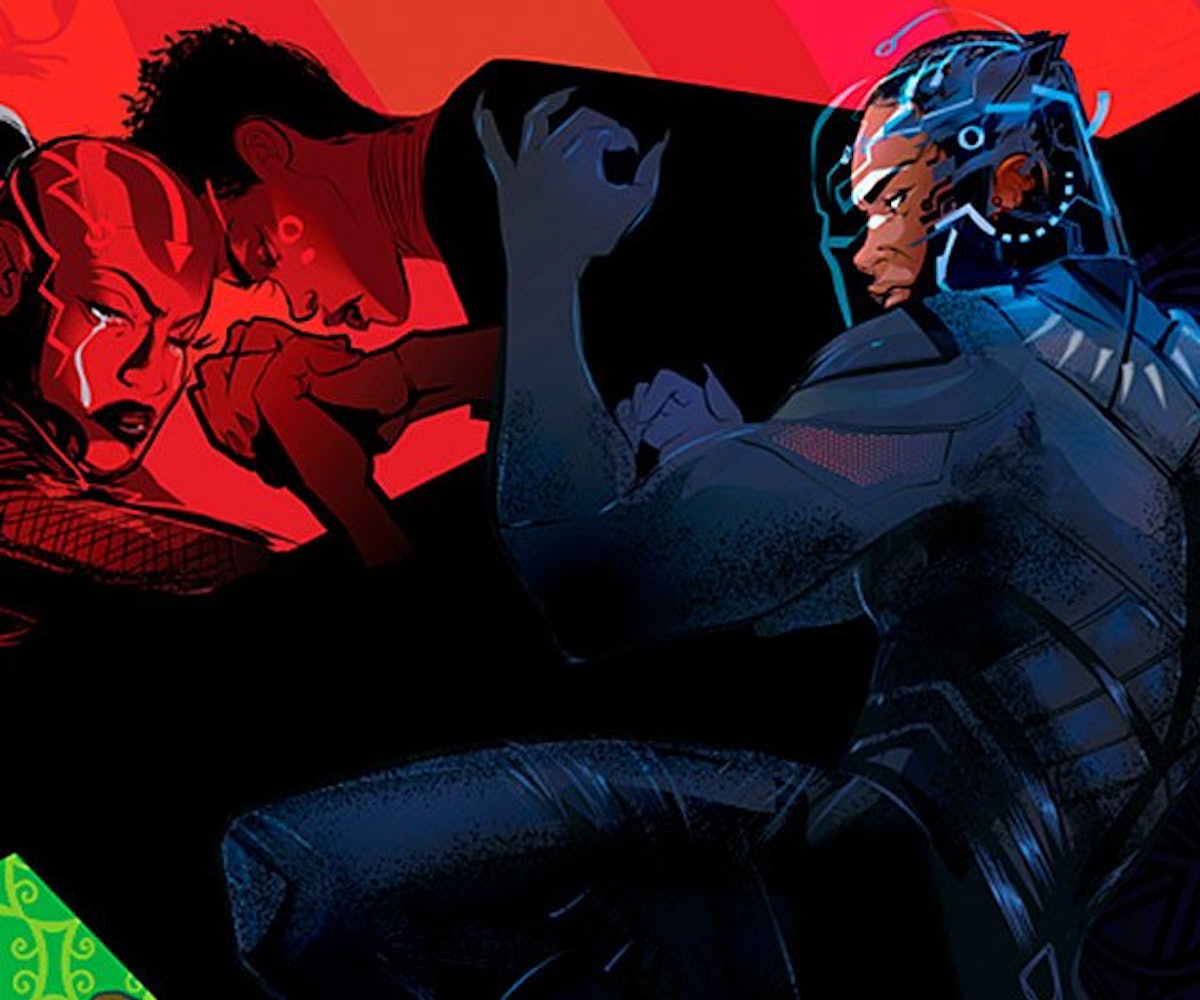 Marvel Comics has unleashed some exciting news for fans!

According to The New York Times, Marvel comic Black Panther is getting a companion series titled World of Wakanda, set to be written by Bad Feminist author Roxane Gay and the poet Yona Harvey.

Just like the current Black Panther series, which is written by author and The Atlantic national correspondent Ta-Nehisi Coates, this one has a diverse pair of writers tackling the story.

“My agent was not thrilled that I was taking on another project,” Gay told the New York Times. “It’s the most bizarre thing I’ve ever done, and I mean that in the best possible way.”

The companion story will follow lovers Ayo and Aneka, who are also former members of the Black Panther’s female security force, which excited Gay. “The opportunity to write black women and queer black women into the Marvel universe, there’s no saying no to that,” she explained.

With Marvel’s attempt to bring more diverse creators on board, the inclusion of minorities, women, the LGBTQIA community, and writers of color is quite the statement. Of course, the comics publisher has always had a progressive streak when it comes to diversity, the Times points out, as is evident by heros such as the Muslim Ms. Marvel, the black Captain America, the Korean-American Hulk and the female Thor.

“In general, people of color are underrepresented in most storytelling,” Gay said. But still, Gay understands that the debate over who gets to tell a comic hero’s story is often a frustrating one for both fans and critics.

Meanwhile, Coates explained that although gender and race politics have always been an issue in comic books, this era marks some hope for the future of diverse comic writers.

“We have to open the door,” he said. “It’s not, ‘Wouldn’t it be nice if there are more women writers, more women creators in comics?’ That would be nice, but in many ways, it is kind of an imperative.”

World of Wakanda is set to be released this November.