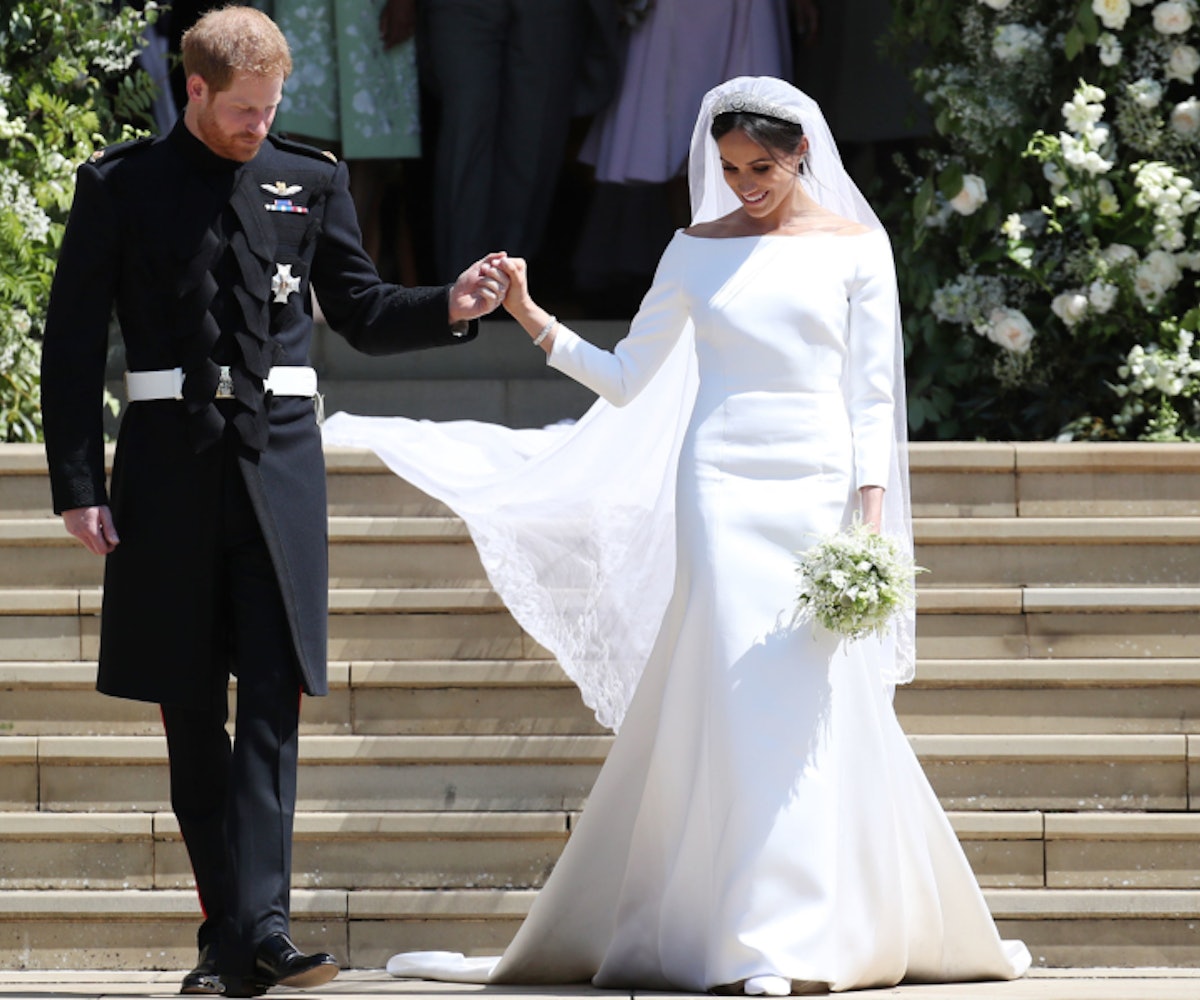 The biggest wedding of the year is finally here — Prince Harry and Meghan Markle finally got married this morning (looking very happy together, too!) in a ceremony at St. George's Chapel in Windsor Castle. That means that now Markle is officially the Duchess of Sussex — and as always, she looked totally stunning.

Her dress — designed by Clare Waight Keller, Givenchy's first female artistic director — was simple and elegant, with three-quarter sleeves and an open bateau neckline. As the official royal family website described it:

True to the heritage of the house, the pure lines of the dress are achieved using six meticulously placed seams. The focus of the dress is the graphic open bateau neckline that gracefully frames the shoulders and emphasises the slender sculpted waist. The lines of the dress extend towards the back where the train flows in soft round folds cushioned by an underskirt in triple silk organza. The slim three-quarter sleeves add a note of refined modernity.

But the real stunner (aside from Markle herself, of course) was her incredible veil, which you can see in all its glory in the photo below. The veil, which measured five meters long and was made of silk tulle, was hand embroidered with flowers. But not just any flowers — Markle specifically asked to represent all 53 countries of the Commonwealth in her wedding look, so the official flowers from each country were meticulously researched and embroidered on the veil, along with the California Poppy (Markle's home state flower) and a few other favorites. According to the royal family website:

The Commonwealth family of nations – of which Her Majesty The Queen is Head – will be a central part of Prince Harry’s and Ms. Markle’s official work following His Royal Highness’s appointment as Commonwealth Youth Ambassador. Ms. Markle wanted to express her gratitude for the opportunity to support the work of the Commonwealth by incorporating references to its members into the design of her wedding dress.

During the ceremony, Prince Harry could be seen mouthing, "You look amazing. I'm so lucky," to his new bride, and we're going to have to agree.

Congratulations to the happy (royal) couple!