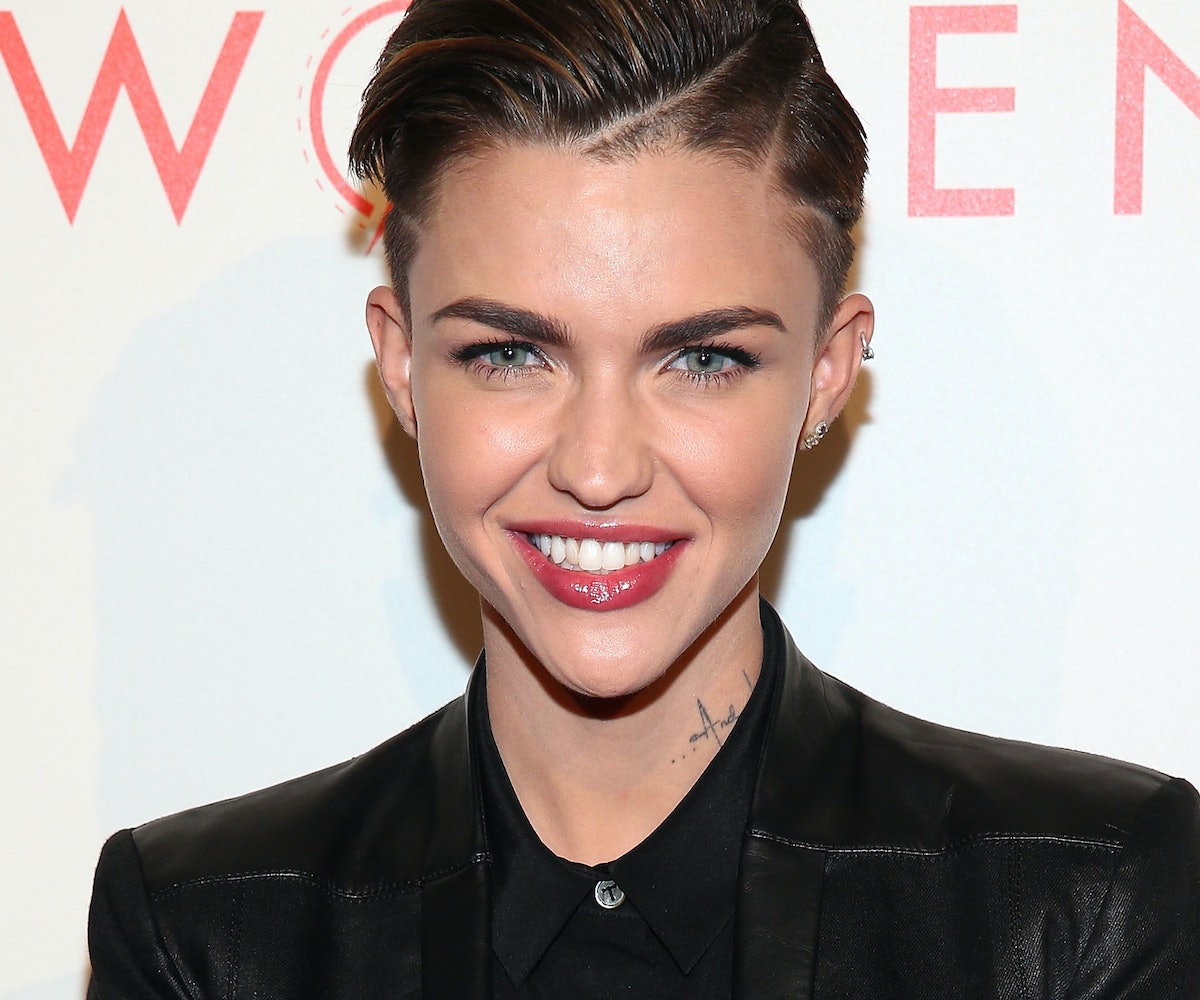 Ruby Rose is going to be trading her prison uniform for some space gear: The Orange is the New Black actress will be guest-starring on the Sci-fi TV series Dark Matter. Following her appearance on OITNB, Rose's popularity exploded, partly because she helped to facilitate a deeper conversation about gender fluidity... and partly because she's really freaking hot.

According to Entertainment Weekly, Rose will be playing "Wendy, an entertainment android who was designed and built for fun. After she comes to life, she charms the ship’s crew with both her ability to cook and her sexual prowess—but something will go wrong." So, not unlike her role as Stella, she again plays a character who shakes up the order of a community with her ridiculously good looks. We have no doubt she'll be excellent at it.

Dark Matter is part of the SyFy channel, and the episode featuring Rose airs on July 24. The Ruby Rose hysteria may have tempered a bit in the last couple weeks, it looks like it's going to start up again very soon.

Head over to Entertainment Weekly to see an exclusive photo of Rose as Wendy.

ruby rose joins the cast of orange is the new black