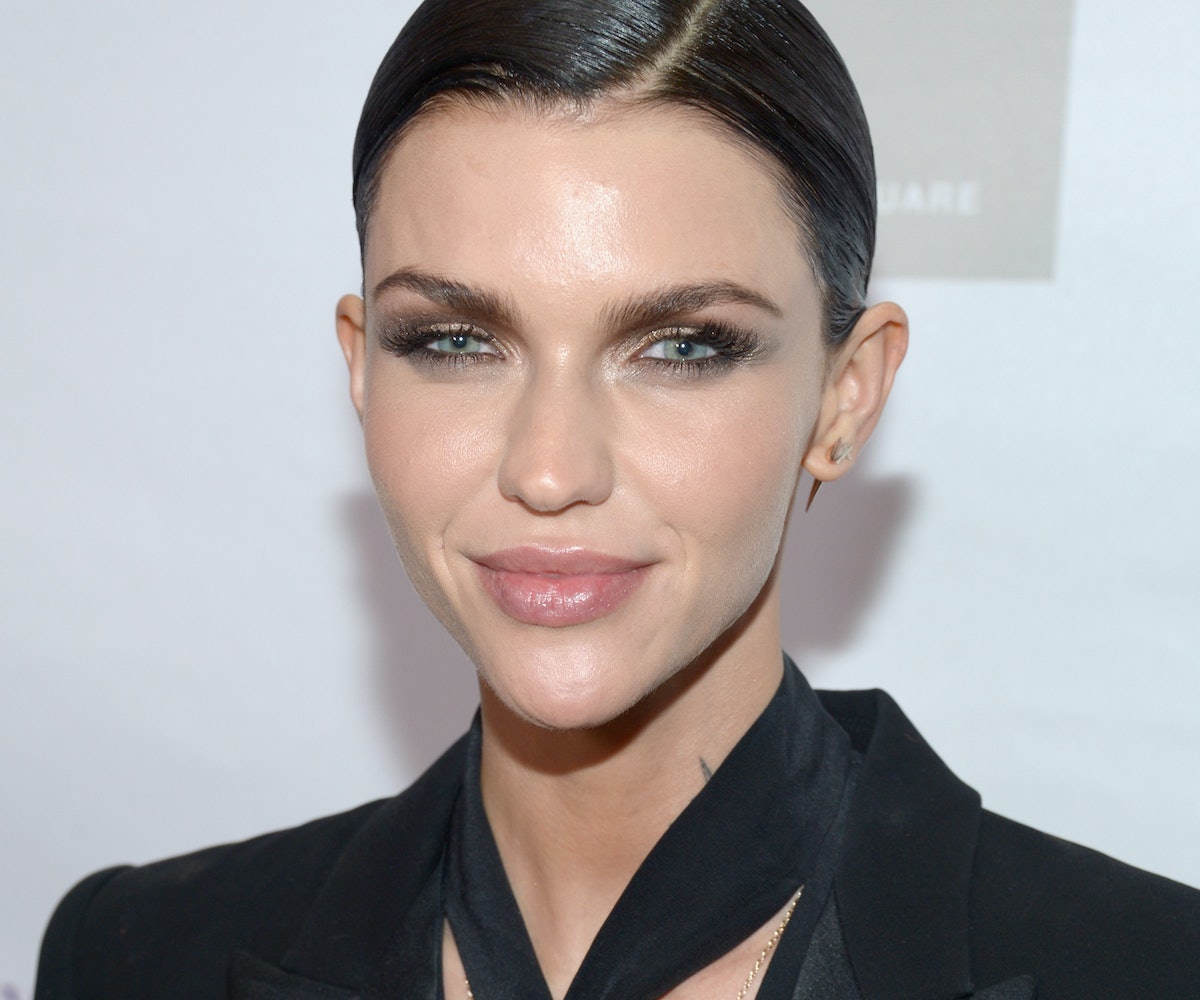 Most people use the cold weather as a chance to go darker with their hair color, but not Ruby Rose. The actress and activist chose to go a more vibrant route, showing off a head of bright magenta tresses on Instagram.

The John Wick star posted a picture of her new pink mane in two consecutive pictures. One includes a bed eye gaze with the caption “Magenta.” In the other, we get a cameo of her adorable “comatose” dog.

Has anyone seen the 30-year-old’s hair evolution? It’s definitely one worth marveling over. We know her as the short hair bombshell who occasionally hangs out with Taylor Swift, but she once walked this earth with long, brunette locks and blunt bangs. She was even a blonde (both bleach and honey) and a redhead at one point (along with multiple colors of the rainbow). Averse to hair changes, she is not.

For now, we’ll stick to marveling over her magenta ‘do and swooning over her relationship with The Veronicas’ Jessica Origliasso. The two are enough to keep us warm, at least through the weekend.