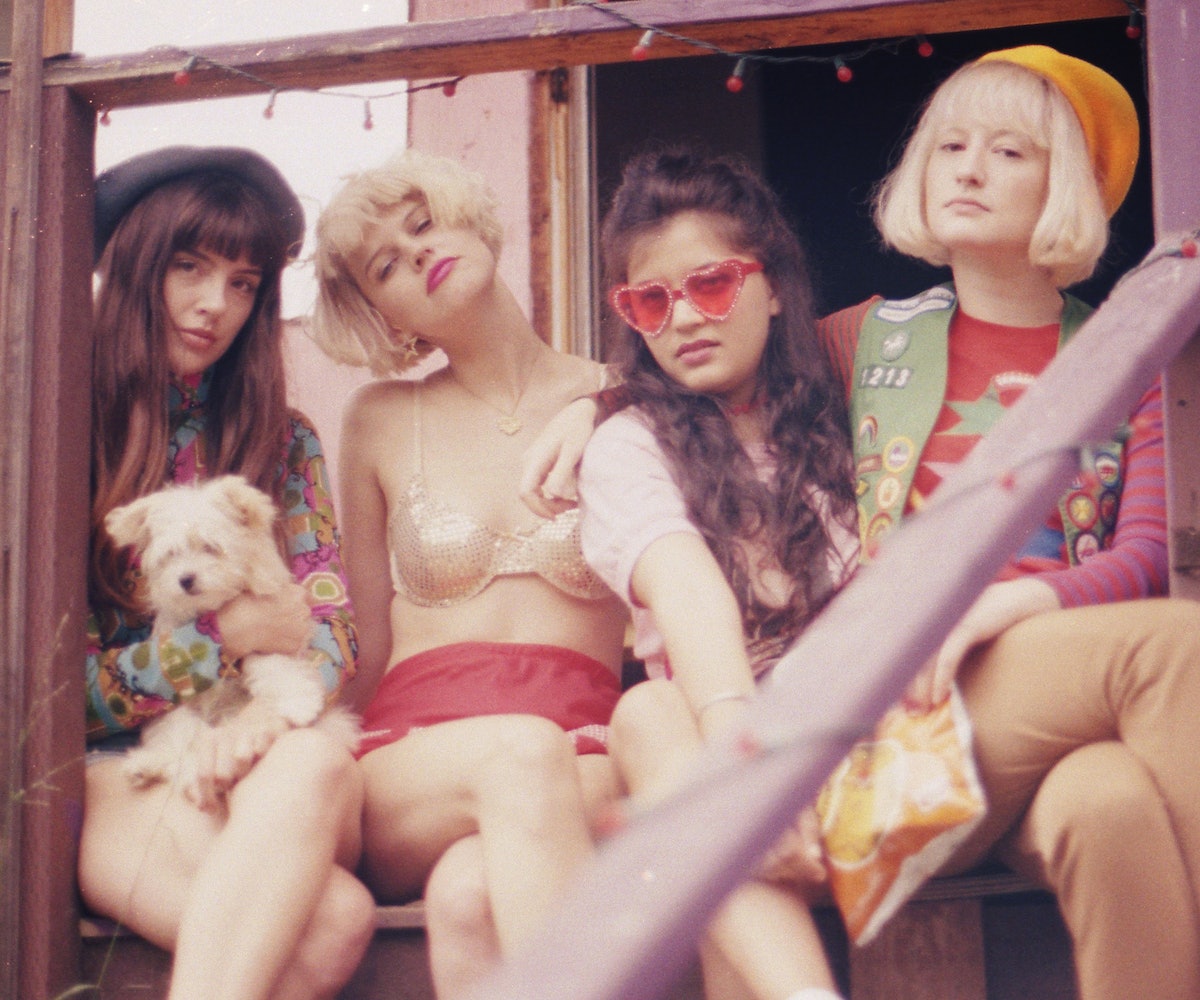 Photo courtesy of Ruby The RabbitFoot

is here to provide a bit of mysticism with the music video for “NicoLa La,” the latest single off of her forthcoming

Directed by Hana Haley, the video starts with Ruby opening the door to a charming clubhouse, complete with a picnic and a talent show. She paints a canvas of the idealistic summer that so many of us have dreamt of in our girlhood. This carefree world proves to be finite, though, as Ruby sings of inviting a lover into her world, even if that means they are bound to hurt her.

"I wanted to play around with themes of girlishness and playfulness—two things that are  always present in a summer camp," said Haley. "All the camp scenes represent the real us—silly, rampant, explorative goofballs. The talent show scene, in a sense, represents how glamorous and fabulous we see ourselves in our own heads. We girls have many layers. "

The looped vocals and synths evoke the ecstatic feeling that comes with finding a new love, while the visuals illustrate the haven that is left behind as we become adults.

is due out on

via Normaltown Records. Watch the video below.

Loved it? Then catch Ruby the RabbitFoot on tour this summer.

NEXT UP
Entertainment
On "Princess Diana," Ice Spice Beats The Memes
Entertainment
Samia On 'Honey' & Saying The Ugly Part Out Loud
Entertainment
Gracie Abrams & Gia Coppola On The Joy Of Free-Flowing Collaboration
Entertainment
Bad Bunny, Lizzo, Kim Petras Will Perform At The 2023 Grammys
Style + Culture, delivered straight to your inbox.