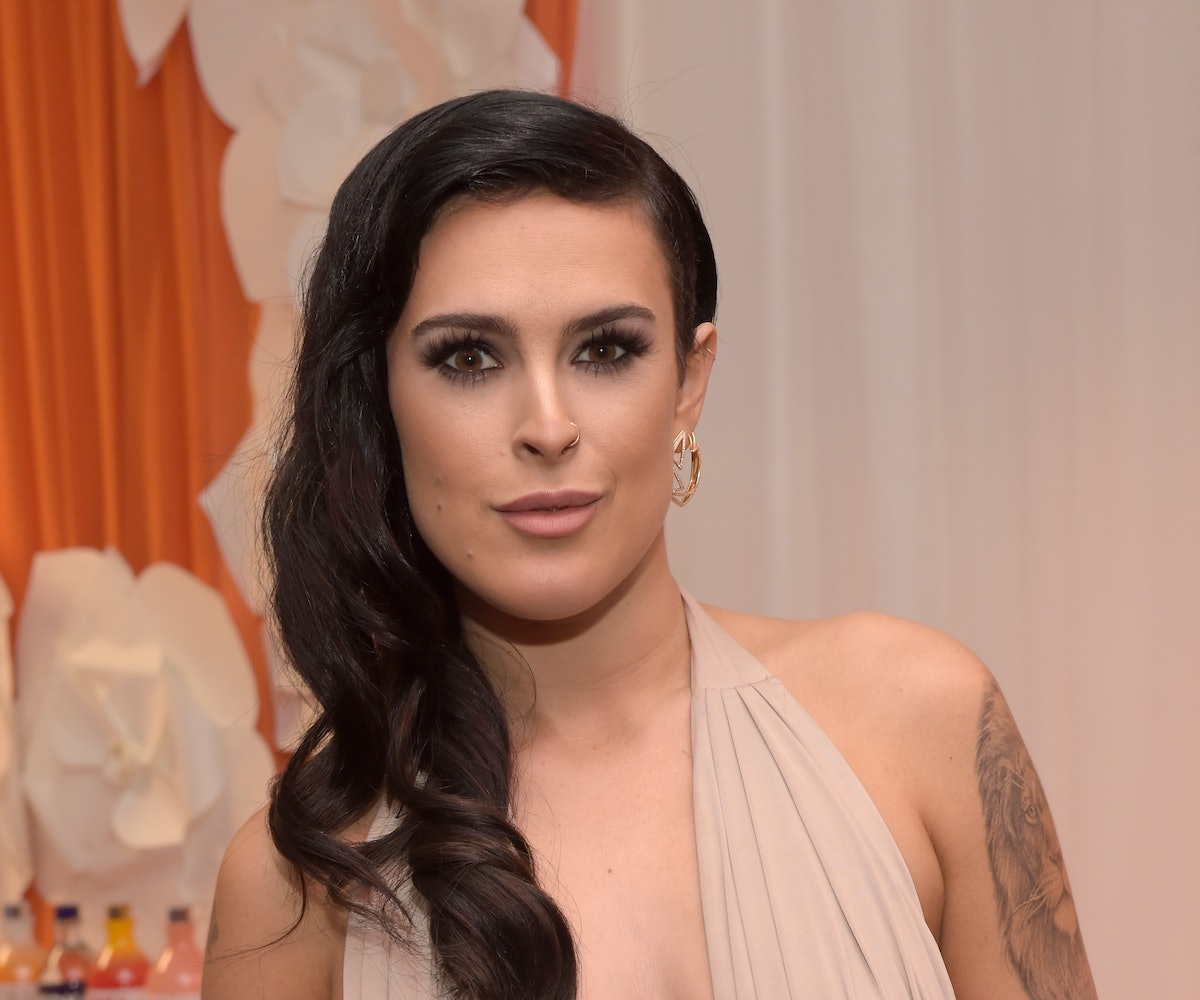 Rumer Willis has never been one to shy away from changing up her hair. During her time on Dancing With The Stars, she wore her hair long with extensions, and since then, she's also been spotted with a chin-length bob. According to her Instagram, however, she is now sporting a chic pixie cut that proves it's officially the hairstyle of the summer.

The dramatic cut features long, sweeping bangs in the front with a cropped back, for a modern and edgy look. The style nicely frames Willis' well-defined bone structure and strong features, and judging from her slight smile in the photo, it appears she's feeling it too.