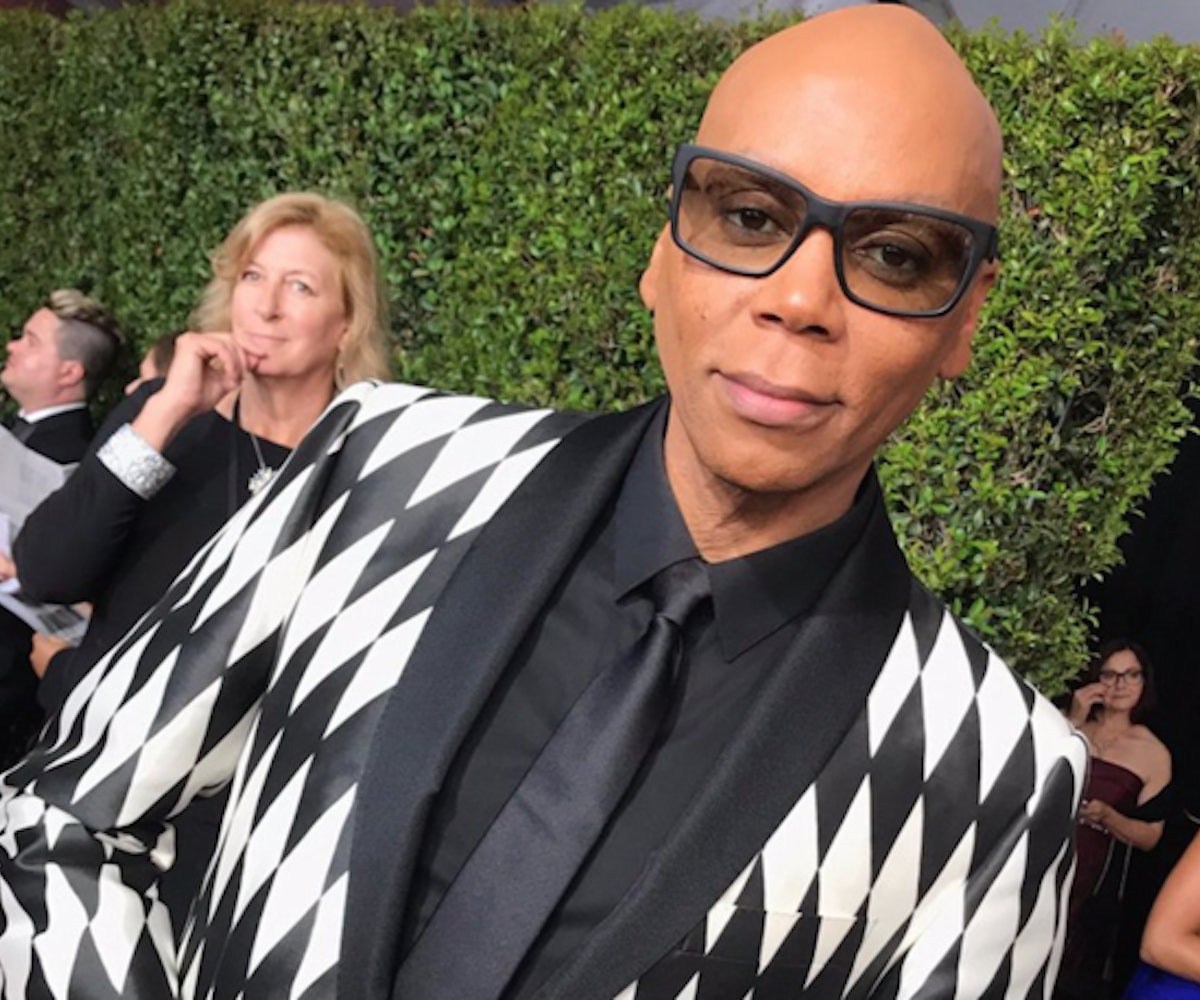 RuPaul's Drag Race was on for eight seasons before it scored an Emmy. Now, RuPaul has been tapped by the 69th Primetime Emmy Awards to play the glorious, golden personification of Emmy, the statue. In a delightful mid-show skit, Mama Ru appeared in full drag to kiki with host of the night, Stephen Colbert.

Decked out in a metallic gown and gilded wings, Emmy discussed Oscar ("He's cute!") and Tony (his husband gets jealous).

Colbert also inquired about his potential of getting with Emmy again this year, a nod to Colbert's own nominations at the ceremony and his past victories.

RuPaul's Drag Race has already scored awards this year in the categories of Outstanding Host for a Reality or Reality-Competition Program, Outstanding Costumes for a Variety, Nonfiction, or Reality Program, and Outstanding Picture Editing for a Structured or Competition Reality Program. However, the show shockingly didn't garner a win for hair or makeup. RuPaul could be seen in the audience with his ever-fabulous counterpart Michelle Visage shortly after the skit aired. And, of course, stealing the red carpet, posing with RuPaul's panel of judges: