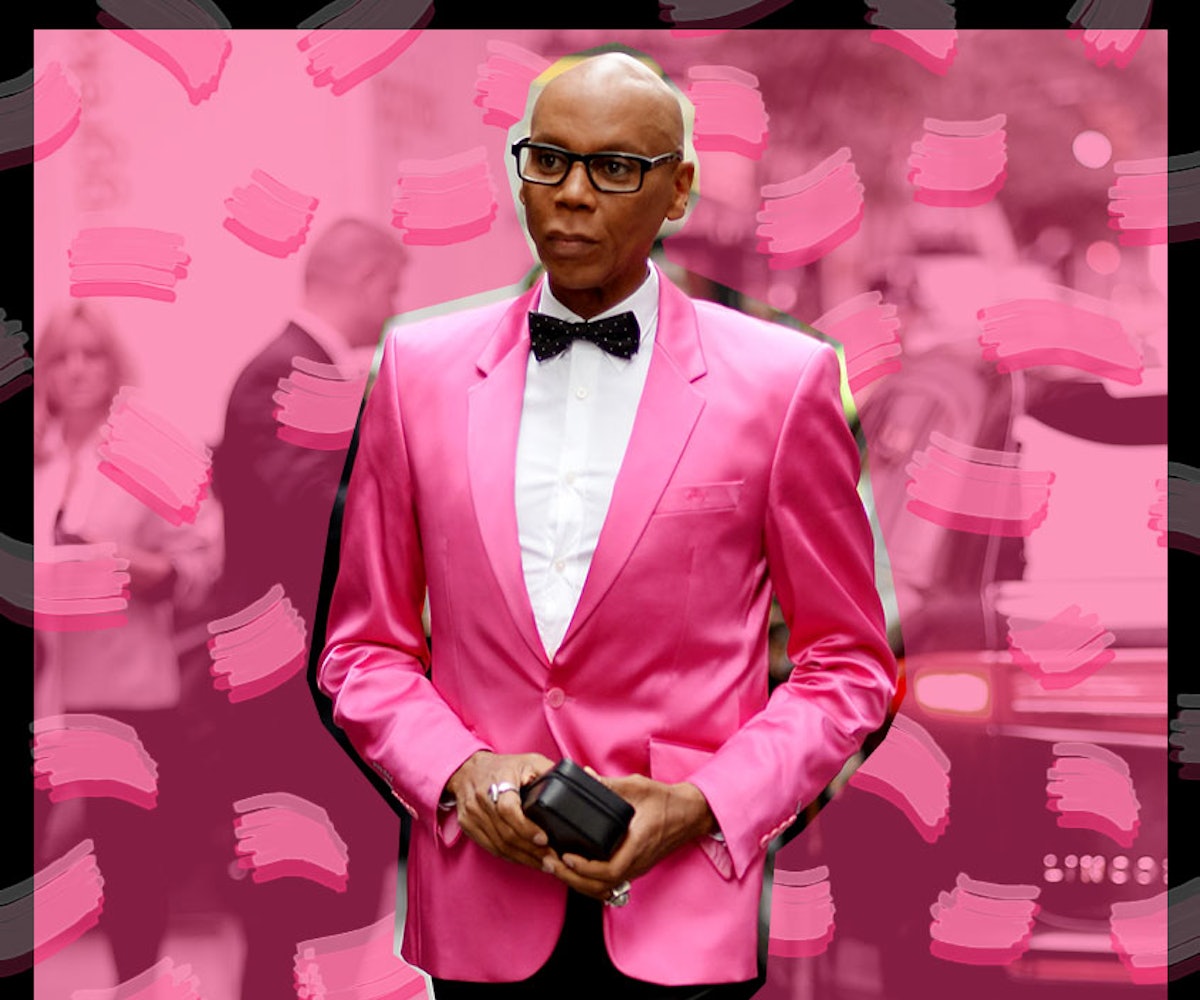 RuPaul is a man of many hats—erm, wigs. Most importantly, he’s an advocate for individuality. Though his show Drag Race is a competition, there’s always an underlying call to do you, whoever that may be. Now, with his new show Good Work, he’s joining forces with Real Housewives of Beverly Hills husband and Botched star Dr. Terry Dubrow and Sandra Vergara (yep, Sofia’s sister) to celebrate the good and the bad secrets of Hollywood plastic surgery.

Ahead, our conversation with Ru on all things beauty, booty, and how you betta work.

On the surface, Good Work could be construed as a mean show when, in fact, it’s the opposite, right?

It’s not a mean show at all! We’re celebrating all the things that go into making someone look Hollywood gorgeous. Good Work is for all people between the coasts who want to know the secrets.

So there won’t be any guests who’ve had the “wrong” surgery?

Who’s doing it wrong? If someone has done it wrong, it’s actually been approached already on Botched, which is our sister show. We’ll probably comment on what happens on that show, too. In fact, we have several people who have been on Botched come to our show, and by the time they leave, they’ve been fixed. You could say they’ve been un-botched.

Why aren’t you in drag for this show?

My authority as an expert would be diminished if I did it in drag. And quite frankly, when I’m in drag, it’s a little bit distracting cause you can’t take your eyes off of me.

How has cosmetic surgery affected your career?

Listen, I have never cut myself. I’ve done a lot of procedures, but I have never cut myself. On Drag Race, I’m there with my face and my body, plucked, tucked, nicked, everything. On Good Work, we’re presenting the tricks that people in the middle of nowhere could do themselves if they want to do it. The world is smaller now, you know. You can go to Pine Bluff, Arkansas or Dubuque, Iowa, and people are having procedures done. It’s not just for Hollywood and New York anymore.

What sort of beauty do you gravitate towards?

I personally love unconventional beauties. I love a big fat ass; I do, I love it. The fatter the better, but that probably won’t end up on the cover of Vogue magazine.

They say you can’t judge beauty.

You can talk about it a lot, that’s for sure. The secrets we’re revealing are the ways to achieve certain looks. Those are really the secrets we’re talking about. We’re not calling anybody out. We are commenting on what everyone is already talking about. This is a show where, if you really pay attention, you will walk away from it knowing exactly what it takes to get a certain look. You’ll know the high-end approach, as well as the budgeted one.

It’s so great you’re appealing to audiences of all income levels.

That’s what Good Work is all about! Everything in my career has really been about uncovering the truth, what lies beneath—every aspect of it has to do with going deeper and saying what makes this actually work.